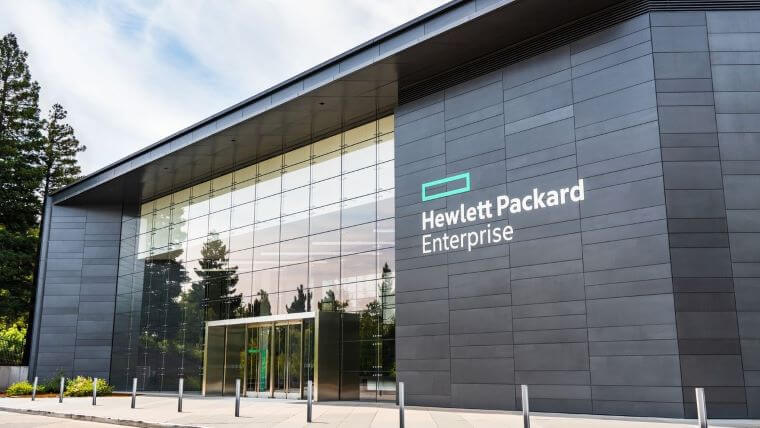 The News: HPE revenue reached $6.95 billion for the third quarter of fiscal year 2022, up one percent from $6.9 billion for the same quarter one year ago, as the global technology vendor reported its latest earnings on August 30. The Q3 revenue just beat analyst consensus estimates of $6.97 billion for the quarter from Yahoo Finance. Read the full earnings Press Release on the HPE website.

Analyst Take: HPE revenue results for Q3 arrived in line with expectations, giving the company a bit of breathing room as many tech companies in the tech space are continuing to report revenue and profit challenges amid a still roiling market.

Overall, HPE’s results are aided by the company’s low exposure to consumer markets, which are seeing more turmoil due to global inflation, lower demand, and other factors.

Here are HPE’s Q3 FY2022 earning results by the numbers:

HPE’s latest quarterly results provide clear evidence that the company is continuing its pivot from requiring CapEx-heavy investments from customers as it has in the past to its maturing strategy of focusing on an ARR model. This smart transition is changing the ways that this mature and previously more cautious company is seeking to do business with its enterprise and other customers. Times are changing and HPE has been wisely adapting to meet those new customer demands. We believe that this is the right direction and strategy in today’s global marketplace.

For Q3, HPE again generally performed well, with growth in its Intelligent Edge and High Performance Computing and AI units. HPE revenue was down slightly in HPE’s Compute, Storage and Financial Services units. Here is the complete breakdown:

HPE’s segment performance was notable, especially due to the ongoing tough market conditions being faced in the tech sector around the world by many companies.

At the same time, HPE beating or meeting analyst revenue and EPS estimates was positive news, particularly as many tech and consumer markets everywhere continue to be roiled by a tumultuous global macroeconomic environment which is continuing to see the effects of the lingering Covid-19 pandemic, the Russian war in Ukraine, supply chain issues, and other disruptions.

Yet despite the lingering effects of the pandemic and significant macroeconomic challenges, HPE continues to be well-positioned to take advantage of secular trends such as edge computing, hybrid cloud, multi-cloud, storage, HPC, AI, and other market segments.

A good part of that success, of course, is attributable to leadership. HPE President and CEO Antonio Neri, has wisely set the company’s path to future success by touting an ARR mantra as he molds the monolithic HPE into providing deeper as-a-service models to better serve customers that want to use them. We believe that this strategy of recurring revenue is the right move for HPE as it battles its competitors in the marketplace. Neri has said previously that this transition will take some time to complete – perhaps by the end of 2023 – but we continue to believe that it will be well worth the time and investments to make it happen.

The edge-to-cloud vendor also provided HPE revenue and earnings guidance for Q4 and for the full fiscal year of 2022 as part of its Q3 FY2022 financial report.

For the full fiscal year of 2022, HPE said it expects non-GAAP diluted net EPS to be in the range of $1.96 to $2.04 per share, reflecting unfavorable currency exchanges and constrained supply environments.

Overall, Q3 2022 was a pretty good quarter for HPE, especially when viewed through the challenging global economic lens of 2022.

Every quarter, we seem to repeat our views from the prior quarter, echoing our messages of solid earnings from HPE amid the recent supply chain and other challenges. HPE is continuing to make smart and bold moves to keep itself ahead of the tough environment and we are continuing to see reasonable growth spread across its business units, even with the minor revenue disappointments in the compute, storage, and financial services areas.

It will be interesting to watch HPE’s ongoing performance through 2022 and into 2023 as Neri and his executive team continue to execute their “everything-as-a-Service” (XaaS) model and drive more dependable and lasting ARR revenue for the long term.