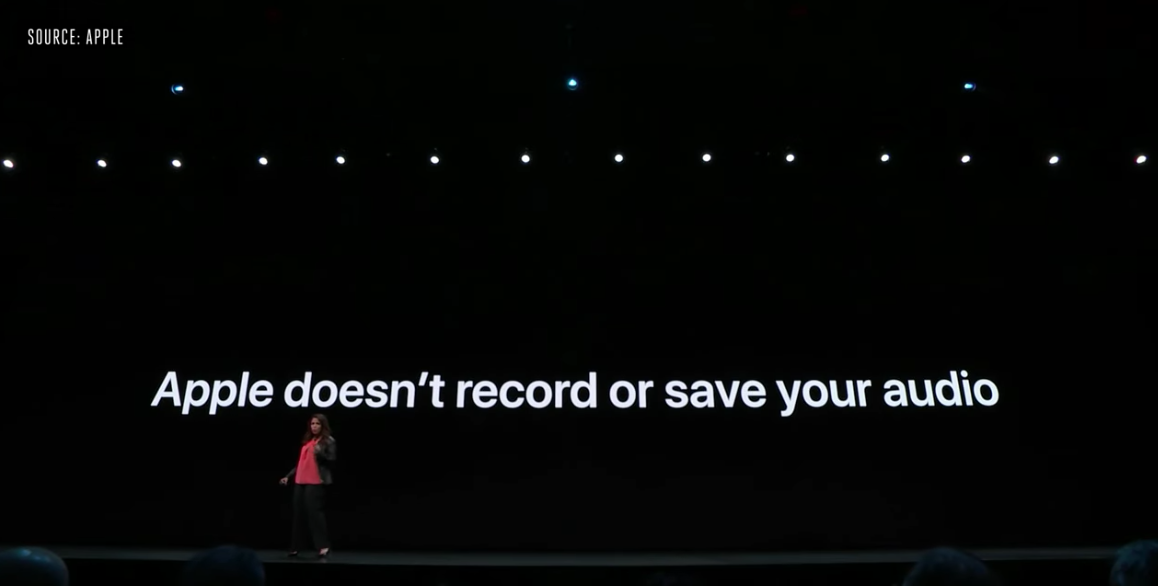 At WWDC 2019 Apple’s privacy theme showed up front and center. The company announced iOS 13 at WWDC 2019, touting it as the “next big thing for iOS.” The new operating system includes performance upgrades, especially targeting older devices, dark mode functionality, new functionality for keyboards, reminders, and a host of other improvements. Read more on some of the specifics at The Verge. To my way of thinking, this year’s WWDC 2019 and Apple’s privacy theme that won the day.

Let’s back up. Apple had a big day. A new mobile OS, iOS 13, a plethora of announcements around Apple Watch and the revealing of a cool, yet parmesan cheese grater-looking Mac Pro that starts at ~$6,000.00 were some of the company’s key announcements

Yet, to me, Apple’s privacy theme — the company’s outspoken commitment to doing better with protecting consumer privacy — was resonant throughout WWDC 2019 and actually the thing that stood out the most.

Apple’s Privacy Theme Was Not Just Implied, It Was Visible

Apple’s privacy theme was not just implied, it was visible. In fact, early in the keynote, Apple flashed the header image in this article across the screen —

“Apple doesn’t record or save your audio.”

You could easily speculate what companies they are suggesting record and/or save your audio, but let’s just say, Apple not-so-subtly was making it clear where they stand on the privacy front—and that is head and shoulders above the rest when it comes to matters of user privacy.

Apple’s stand out privacy adds included a new capability to limit location data to a single time with an app, giving it the location data “just once” so it cannot constantly ping your location while you are using it.

Also, while somewhat perpetuating the “Walled Garden” of Apple, I was encouraged by the new Apple Sign-In that allows Face ID to be used for creating a new account for a service without revealing any specific user ID.

Lastly, the addition of a forwarding service that can create new, private email addresses on a per app basis that forward to your real email so the app cannot gain access to your email and spam you was equally impressive.

All very good moves by Apple in the privacy space, which I think is going to continue to become more important to users across every touchpoint.

The Risk of Giving Apple the Keys to 5G: American Innovation

Other relevant reads from the Futurum team:

Apple Samsung Deal Was a Crucial Move for Apple