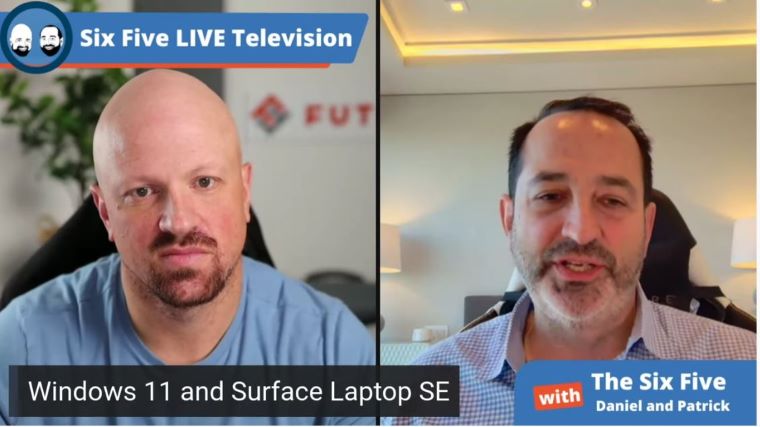 Daniel Newman: But some announcements this week, Pat, from Windows, Microsoft 11 SE and a new Surface Laptop SE, you’ve been all over this one.

Patrick Moorhead: A little background, Chrome OS and Chromebooks are hot, at least in North America in I would say K through 12, probably more like K through eight, even though my kids didn’t have Chromebooks, they had Windows machines. A lot of them have Chromebooks. And I think we also saw that with COVID, some kids unfortunately didn’t have any compute devices and Chromebooks basically flew off the shelves. Chrome OS has 10% market share. Windows has 82% market share. And Microsoft has been trying to stem the flow for a few years. And in my opinion, Microsoft missed two things.

First of all, having the right platform, Windows is arguably a more robust platform than Chrome. Although, there’s a lot of people who will debate that. You can run Android apps if you want on Chrome OS but Chrome OS is really about the browser and everything you do in the browser. And if you’re doing everything in the browser, typically you can hit a low cost point because you don’t nearly need the horsepower to be able to hit that. But ironically, it was the degree of simplicity or the lack of simplicity very few people talk about that I believe is hurting Microsoft in this space. We’ve had low end Windows notebooks but it didn’t seem to stem the flow.

Not only did the Surface team bring out a new device called the Surface Laptop SE at $249 for K through eight, they also brought out a more simplified Intune and a more simplified Teams for education. I haven’t had a chance to play with the device, Daniel. I haven’t had a chance to play with the software yet. I like the aspiration but if this isn’t simpler, it just isn’t going to make a difference. I am hopeful because typically with Microsoft, they’ll chip, chip, chip away at it. My gosh, Microsoft had the first Windows tablet back in 1991. I worked for the company that brought that out. We had failure after failure in tablets, Apple came along and then the Surface Pro just kicked everybody’s butt out there. I’m hopeful. I need to use the device and I need to use the software.

Daniel Newman: Yeah. I think it’s all about hitting a market. This is an area where Chrome and Google have done just extraordinarily well but addressing that market, we all know what happened with remote learning. We all know also what happens with affinity. You get the right devices in hands when they’re younger and you build an affinity. If it’s good for those devices, as they get older, all of our kids that have grown up and at least here in the United States, Apple has the dominant majority of the smartphones and these kids are absolutely Apple crazy. Hard to even convince them to consider anything else. They’re mostly using Chromebooks, lower end Chromebooks and I’ll tell you what, there is very little affinity for these devices. And in fact, the kids will tell you that’s a combination of the software and the hardware. Most of them are very locked down.

They’re kind of comparatively to the nicer Surface or the nicer HP devices, they’re pretty cheap. They’re plasticky, their batteries aren’t particularly impressive but it was all about getting them down to a certain price point. That’s not the manufacturing, that’s the spec. But Surface is creating what’s looking like a more premium product, a little nicer on the eye. But to your point, it’s going to have to be very easy to use, which is what has been managed with Chrome and Chromebooks so far. Lightweight, easy to use, very little you can do with the software, pretty hard to break but these devices look good, Pat. And I’ve said this for a long time. The surface line, they make very, very nice machines. I’m an everyday user of their products. And I think this is one, I think you hit it very well. Time will tell us if this was a winner but the $249 starting price point is at least in some communities of a little bit greater resources should be an achievable price point. Certainly something you can’t meet with Apple.

Patrick Moorhead: What an in time to bring a low end device in as well.

Daniel Newman: Yeah. Because there’s so many chips around to make them.

Patrick Moorhead: No, no. I know, a supply chain crisis. This thing has, I was going to use the same, well, not the same exact USB controller but those USB controllers and pineks that everybody is fighting for at a $249 price point with a Microsoft tag on it. One thing I forgot to add on the simplicity part is where Microsoft did change the way that it operated is, is that essentially these education editions were stripped down to the core of the operating system. Either you could only run applications out of the App Store, out of a special app store or there was just something fundamentally wrong with it. The only limitation I can find that I’ve looked into this could actually simplify it, which is you can only window on the left and on the right. And some people are like, “Oh my gosh, it’s so limiting.” And I’m thinking, wow, that kind of seems simple for my first grader. Well, my first grader that I had 27 years ago.

But it seems like a, a really good thing. But I did want to add that I’ve got to try this out. I’m going to try the Intune. I manage my own IT at my small little 30 resource company and I picked Google. I picked Google 10 years ago because it was simple. I compared the two I’m like, I don’t even understand what Microsoft is talking about on this console. And I sat on my kid’s school board on the tech council and they were just like, “We have a hard time figuring this out but we only want one platform K through 12 so we’re picking Windows.” But they had to hire an IT person. Wanted to add that on. My apologies. I did a boomerang.

Daniel Newman: Absolutely. You boomeranged away and that’s all good, especially because we aren’t crazy over on time right now, but we are at the end here, Pat.