What to Expect from CES 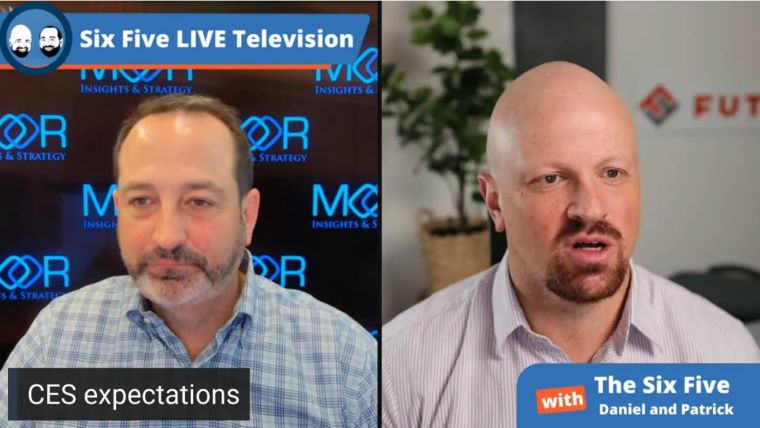 The Six Five team discusses what to expect from CES.

Daniel Newman: Let’s keep moving, Pat, and CES expectations. Every once in a while you and I, instead of doing the news, we get to prognosticate a little bit. We will both be there. We’ll be bringing The Six Five crew. We’re going to be on the floor doing a bunch of interviews together, but we’re also going to be roaming around, checking out what’s new. Quick take, Pat, what’s your big expectations?

Patrick Moorhead: Yeah, so this could go a little long, so I’m going to blow through this. First of all, I always like to categorize CES into types of shows. There’s the visionary shows where we’re going to see something new like a new category, like a self-driving car or 8K TV or something like that. Then, there’s what I call delivery shows, which is actually delivering on the promises you made from prior shows. I fully believe this is going to be a delivery show, first of all, in semiconductors, bigger, better, faster chips for PCs and cars. Intel, AMD, NVIDIA, Qualcomm, and Microsoft are going to be there in full force. PC announcements, I think, will focus on cloud collaboration and experiences.

Gosh, Dell couldn’t help themselves. They already made some announcements, very thought-provoking ones, that a modular concept called Luna that you can take apart has a really massive track pad. In fact, it’s the entire base of the system itself and it’s easy to take apart for as close as you can get to green. From a manufacturing materials point of view, it’s also one of the greenest if not the greenest devices out there.

The other thing was this webcam that is wireless that you stick to your display. You can put it where you are actually looking on your PC. In automotive, you’re going to see more self-driving capabilities, some cool and sexy in-dash. There was a cool BMW. BMW came out and talked a little bit out front about this. Essentially, this wall of displays inside of their future cars. Big GM keynote. Gosh, Waymo’s going to be on the floor. Daimler, Hyundai, GM, and TuSimple will also be on the floor.

Everything will be about the Metaverse, Daniel. Even if it wasn’t about the metaverse three months ago, that’s one of the new hot topics. Surprisingly enough, Meta will be on the floor at CES and I don’t remember ever Meta or Facebook being on the floor there. I’m definitely going to check that out. For the smartphone, what I want to see is I want to see more interoperable matter device. Matter is a compatibility standard so Apple and Google and Amazon can talk with each other, which I just love.

From a TV point of view, we’re going to see more 8K, we’re going to see OLED all over the place and we’ll probably see Sony’s quantum dot OLED. I don’t know why that combination is good. I have a quantum dot behind me. It is about as hot and gives me a sunburn on my back, but it’ll probably have some incredible visuals. Smartphones, we might see a smartphone or two, but people are going to be holding those for Mobile World Congress. Finally, T-Mobile and Verizon have some big announcements it looks like they’re going to make, but I couldn’t tell you even if I knew about that.

Daniel Newman: All right, I think it’s going to be all about technology.