The Chip Shortage Rages On 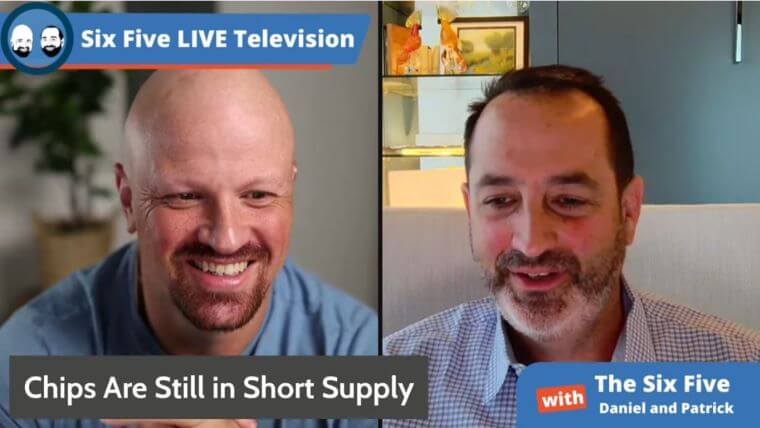 Patrick Moorhead: Yeah. Let’s move into the final topic. And that is the chip shortage rages on or does it? I mean, I think Elon Musk said, “Hey, we’re going to be out of this thing based on the new fabs that are being built.” I’m wondering if he knows that it takes two years to get a new foundry or a fab online .

Daniel Newman: Well, we start and finish with Musk. Started talking about my Tesla experience. I’m going to finish by saying, I think he’s guessing. I actually think sometimes the guy’s an oracle, not the company, he is. I mean, people listen to what he says. Sometimes I don’t know if he’s just testing the resolve of people to actually think for themselves, but the math doesn’t really work. The reason I bring this back up is I think it was Thursday last week, the headlines were raging, but there was some new data that came out that something like $210 billion in revenue has been lost by the automotive industry because of this chip shortage. If you’ve tried to buy a new car or you’re trying to buy a used car, you’ve realized how overpriced everything is right now, or how hard it is to get a new car right now.

There’s still issues getting PCs. There’s still issues getting new phones and devices. You’re still seeing lag time. I saw another chart on Bloomberg that the average time to procure a chip has doubled from the beginning of the pandemic to today. With all this in place. I just figured, you know, you and I being chips to SAS guys, we owe it to our audience, all you beautiful listeners out there, to just give a little bit of an opinion on what’s going on out, out there. So Biden and the administration did their 100 day review last week, they got back together and they reiterated the importance of solving this. But I would say to date, mostly we’ve been given mostly lip service about what is actually being done. Now, what we are starting to hear from is real companies. We’re hearing Pat Gelsinger at Intel talking about multiple multi-billion dollar investments to build new fabs.

But anyone that knows about this, Pat you better than me, knows that this is not a, “Oh, we’re going to have a fab spun up next year.” This is going to take many, many years to complete these fabs, to start getting to a point where we’re going to have a real expansion in capacity. We also have the China Taiwan issue still going on. So even at this current juncture where there is no real specific issue because of the China Taiwan conflict yet on the actual availability of chips, we don’t know what might happen there. We’ve seen what happened with China and Hong Kong, and certainly with Taiwan in such close proximity, and I believe we’re down to, I think it’s like 9% of chip production is here in the US Pat. Someone can check my fact there, but I think we’re down from, it was like 30 in 1990, percent of our manufacturing of chips was here. So we were always offshoring a lot, but we’ve offshored tons at this point. And now we’re basically in a situation where if something was to happen in Taiwan and with all these fabs, we would have a huge problem, a huge backup. I’d love to get you two minutes to weigh in, because we got to wrap this baby up.

Patrick Moorhead: Yeah. It’s interesting how naive some people are on this topic. And it’s a little frustrating because I think if you, if you don’t understand the problem, it’s going to be really hard for you to solve the problem. And here I’ll just leave one thing. People say, “Hey, just redesign this one part to go into a different process.” What people don’t understand is that takes millions of dollars and multiple people. You can’t just take a part that was targeted for 28 nanometer and target it for 14 or target it for 10. It takes time to quote unquote, shrink a design. And based on my chip experience, you always break something. So this is the latest misnomer and misunderstanding piece where it says, “Hey, we’re not going to buy,” I mean, a 28 nanometer part for a break sensor can just be magically put into 10 nanometer. It just doesn’t work like that.

So I’m optimistic. I’ll tell you what I’m afraid of the most. And that’s China making a play on Taiwan that just doesn’t get enough play. And I think that’s the biggest risk that we have here. And let’s not forget, the stimulus checks drove demand. COVID drove demand for these products. And in a way we created this problem, the auto folks exacerbated it by obviously pulling back their forecast and not having direct relationships as fabs or chip makers, but we created this and we’re sleeping in it. So with that, Daniel, uplifting comments and, and editorial, I just want to thank you, Daniel. It’s great to see you, buddy. I hope we could see each other face-to-face this week, making up from last week.