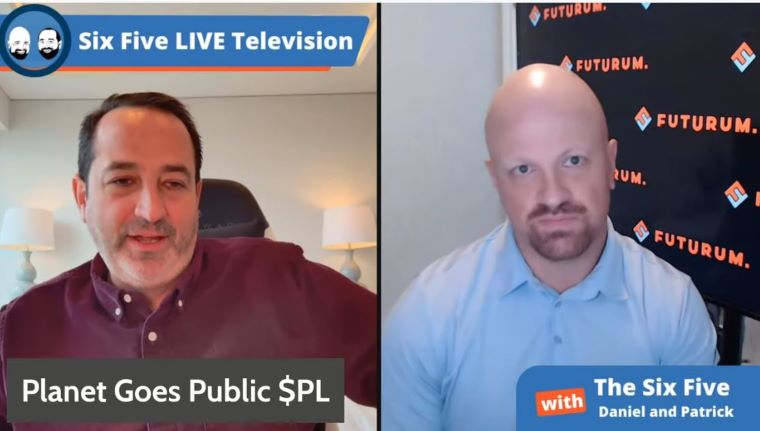 Patrick Moorhead: So let’s move on to the next topic. I think boomerangs for a Saturday are fine. Let’s move on to an exciting company called Planet. Daniel, you and I may have talked about them before. I’ve written multiple articles, done a bunch of interviews with the CEO and the key sponsor, dMY technology. I will call him the king of SPACs, Niccolo de Masi. By the way, I call him king of SPAC. We’d sometimes think of Chamath Palihapitiya as the king. Niccolo actually has better returns for the last couple months. But…

Daniel Newman:Yeah, I know, Pat. I hold still by.

Patrick Moorhead: Okay. That’s right. So net-net, Planet’s a data company. Its business model, essentially, they obtain data from their own satellites that they built through an agile process and they have a model where they can sell the data to anybody. Because there are companies that they will do scans and only sell it to one customer.

So it’s more of a cloud-like, more like a SaaS-like type of thing. 200 satellites, that’s 10X more than anybody else, 10 to 20 times more than anybody else. But anyways, that’s who they are. They went public, New York Stock Exchange, dollar sign PL, and this.. You could probably hear the dog in the background. My apologies.

Essentially, out of a de-SPAC with dMY Technology, DMYQ. So they brought in, let me see, $590 million in gross proceeds, set a record 2% redemptions. And essentially only 2% of the people in the pipe said, “No, just give my money back.” The average for Q4 is between 50% and 75%, which is absolutely astounding.

And they have $200 million pegged for investments. A lot of that is OPEX. Interestingly enough, sales and marketing and distribution, because they have the tech. I mean, they’re literally running planetary circles around their competition like BlackSky. But interesting company. They’ll have a $300 million war chest after they make these investments for, this is just my hunch, not what theirs saying, for potential acquisitions.

Daniel Newman: Yeah. A great result. We’ve all seen the market has been extraordinarily punitive to SPACs. So seeing such a low redemption rate means that people that are in this, despite the volatility and market generations right now, believe in it long term. We certainly know space is an interesting topic. The biggest tech moguls on the planet are all interested in this area.

And so kind of going back to what we talked about, it’s an area that’s becoming more and more investible and people want that opportunity to invest. So good job. Congrats. And I saw some of the work you did, the podcast. Pat, put them in the show notes. Let everybody see them. You had some good conversations with the leadership of those teams.