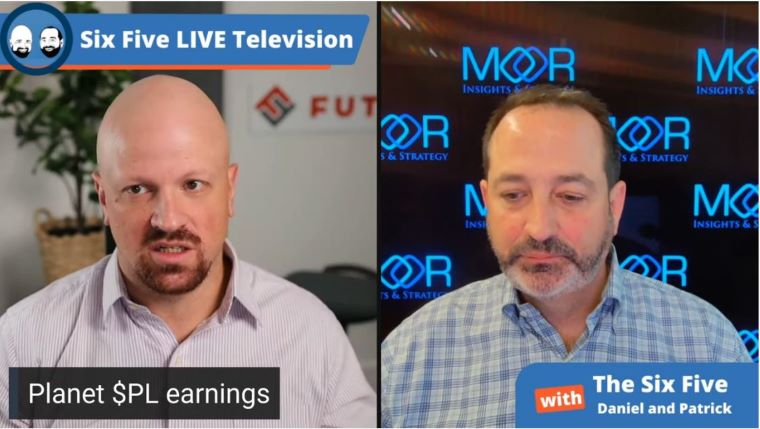 Daniel Newman: All right. Well, let’s keep moving on earnings, Pat. This is one we’re going to kind of do a loop-back because last week you talked a lot about Planet and now the company’s come out with earnings. Another company that’s really seen the market shape, and this is part of that overall SPAC or at least the DE-SPAC companies that are in high-growth, high-tech, exciting areas. What’s up with planet?

Patrick Moorhead: Yeah, so they delivered record revenue of around $32 million, reaffirmed fiscal year 2022, increased customers by 32%, and they were rewarded with this. Their stock went down significantly over the past few days, but Daniel, we want to talk about somebody getting shellacked out of unfair. This might take the winner. I mean, they hit the high end of their guidance of the prior year. All four research analysts covering the company have 15, $16 price targets. and I just showed $6.21. There was a big contract that went away that CFO Ashley Johnson characterized as a, “unforeseeable government regime change.”

She didn’t say Afghanistan, but she didn’t have to. I mean, the CIA didn’t even predict that this would happen. I guess they expect Planet to be a little bit smarter than the CIA, which by the way, they weren’t. Nobody should lose sight. This company is exceptionally well-capitalized. $590 million of gross proceeds from the DMY Technology IPO. They just closed acquisition of VanderSat, which is a cloud analytics company based in Holland and it’s a company on the move. I don’t make stock picks on this show because it’s for educational and information purposes only, but I think the anger came out on this primarily because it was a brand new growth company.

Daniel Newman: Yeah. Pat, I think the market conditions right now make it almost impossible to provide real assessment or analysis of the situation. We’ve all seen sort of the penalty box situation with SPACs as a whole. The market’s been less than forgiving, and then on top of that, you add in a situation where companies that are not yet profitable or that are early revenue days are just not being valued very highly because of the long-term growth that it’s going to take to get the returns to people.