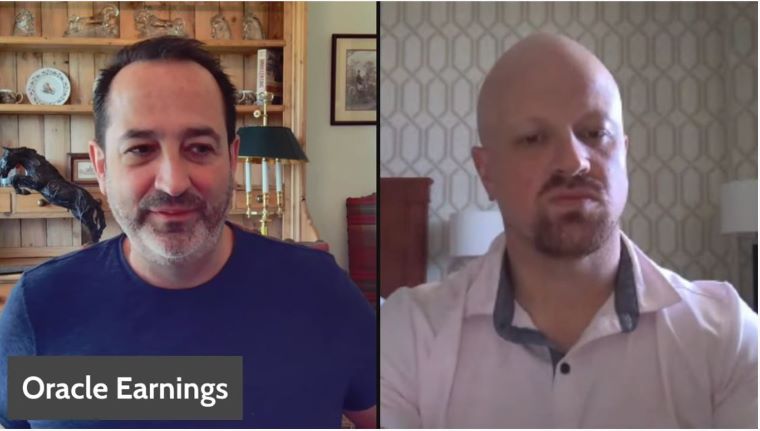 Patrick Moorhead: So Daniel, let’s get into our last topic, and this is Oracle earnings. I mean, basically they crushed it, right? They crushed expectations. Maybe the expectations were low. Maybe they just crushed it. But listen, they beat on the top pretty well and substantially beat on the bottom. The day that they closed, they were up 12%. And while a 5% boost in overall revenue isn’t something to necessarily write home about, or a decline of 6% in net income, what people were really excited about was the continued march of cloud.

And whether you want to… If your definition of cloud is IaaS plus PaaS, like Gartner, they had 19% growth. IaaS, which AWS is known the most for, 36%, folks. Okay? That is nuts. And just to close out the IaaS and PaaS, you look at SaaS. You had Fusion ERP at 20%, NetSuite ERP at 27%. A clear shot across the bow to SAP out there. Notice, probably the last eight or nine quarters, Daniel, they keep focusing on ERP when it comes to Fusion and NetSuite.

And then probably in the biggest array of customers I’ve seen them roll out, they rolled out 2K studies for financial cloud. 24 customers they rolled out for OCI, and 43 customers they rolled out for SaaS apps. And I really do appreciate this part, this type of openness that Oracle provides in their earnings. I’ve got to tell you, this is absolutely no longer a fluke. Am I surprised at their strength in SaaS? No. Am I surprised in their strength in PaaS? Eh, maybe. Right? When it comes to API, if it’s something storage and database, I get it. But IaaS? Really? I mean, Oracle, the company that started off as a database company, had 36% growth in IaaS. It blows me away, Daniel.

Daniel Newman: Yeah. I mean, the company’s got a 10-plus-billion-dollar cloud business now. And a lot of people were critical of Larry Ellison’s overtures about where he was going to take that business. But at some point, you have to say, “That’s pretty good.” I mean, it’s pretty good. Not to mention you’ve got 74% recurring subscription to your main core business that generates tons of profit. And in a market of instability…

When I wrote my MarketWatch piece about companies that are going to basically be your best bets during this risk period, Oracle’s like a perfect example. They’ve got a growth engine, double digits in their SaaS and now IaaS space. They’ve got products that are evolving and meaningfully improving, which you and I both said Gen One stunk. Gen Two has been fantastic. The autonomous products, database, that stuff has been very, very good. The NetSuite, that portfolio, all good.

Pat, the other thing we’re not really acknowledging, though, is that growth rate actually puts them on a very similar clip to Google Cloud and the recent growth from AWS. It means they’re not actually losing ground anymore. They’re not necessarily gaining any ground against those bigger players, but they’re actually keeping pace, which means when we always talk about that kind of overall outsized market growth, they are keeping pace of growth with the bigger cloud space. They’re a player. That’s, I think, where we’re at right now. Are they number three? Are they number four? I think that’s to be determined. But you can’t continue to say, just because the old Oracle isn’t cool, that you don’t like them.

Remember, and I tell people this every day, Pat, but six, seven years ago, Microsoft wasn’t cool either. There was a time when that was different. So is this the beginning of that kind of transformation to Oracle becoming a hot, cool, savvy company? I don’t know if the landscape will open the door to that, but they’re doing a lot of things right. The growth is legit. The customers they’re winning are real customers. And 10-plus billion in cloud revenue, I’ll take a piece of that.

Patrick Moorhead: Absolutely. Absolutely. Yeah, it is amazing. When Oracle said they were going to be big and hyperscale, I was just like, “There’s just no way.” But congrats. Hats off to them. It’d be great to see a strong number three, number four, number five. So I think right now they’re sitting about four. You put in SaaS into that, they’re even bigger than that.