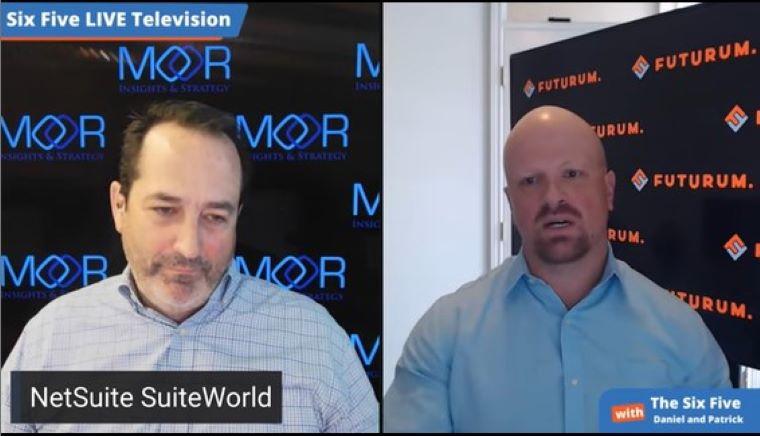 Daniel Newman: So in our whirlwind trip that had me home 12 hours and 13 days, I also made it alongside you to beautiful, sunny, exciting Las Vegas, Nevada to join Oracle NetSuite for their big sweet world, where the event’s theme was all about… What was the theme? Remind me, I want to know. But it was basically about-

Patrick Moorhead: Well, it was modernization, if you think about it. Remember they went from eight bit to 32 bit, right?

Daniel Newman: Yeah, no, I was trying to remember what it said on the ground though. I think the slogan was what I was trying to think of. Full Sweep Ahead instead of full steam ahead, and long and short is, now our event themes are starting to pick up a little bit of that economy sucks vibe and now we’re trying to come up with catchy terms. But with NetSuite it’s all about, well I’ve said for a long time, time to tech our way out of this problem.

Well teching our way out is going to be about implementing data driven systems that speed up our ability to do business, that automate optimizations like when you pay a bill in order to benefit from taking a discount in real time, being able to configure price and quote more quickly for our customers, to be able to offer greater levels of service, optimizing supply chains, improving our labor force and balancing to make sure we’re implementing technology that doesn’t have us, especially if you have hourly workers, if you’re in retail, manufacturing, warehousing, having people working optimized hours to make sure we’re delivering value and profitability to keep companies healthy in this difficult economy.

So there was two keynotes, I’ll talk a little bit about day one maybe because that was the one I attended, or I actually sat on a plane and watched and then I left. Then day two you came. We were like ships in the night. So day one, EVP founder, Evan Goldberg, who we both had some time with, talked about, besides his flashy entrance on his lit up BMX bike, he really did talk about some optimization. One, there was a big focus on automation. So they have what’s called NetSuite AP Automation, and that’s what I was talking about. Easier, faster processes to pay vendors all within NetSuite. Again, things like term driven discounts, automation to say, hey, do we take this discount? How can you automate that process to make sure you pay the minimum amount required based upon cash flow and other rules and restrictions that you can create using automation.

The other was the addition acquisition of a CPQ capability that’s been part of its ecosystem. Configure price quote. Pat, you and I know the drill. Right? Quote fast, quote fast, quote fast. If you can get pricing back to customers, you win business. It’s just the bottom line. So some of the other things that they focused on are shipping tools for supply chain, a people management tool and an analytics warehouse, which is interesting. So you’re seeing the back end of the company to be able to do more third party data integrations using its analytics warehouse, to be able to data management time to value and insight.

And then, like I said, working with third party tools. That was a lot of what was focused on the first day. In my conversation with Evan, I also asked him a lot about the macro with mid-sized businesses. He basically said he feels comfortable that the technology, that the company’s going to do well and that it’s been somewhat recession proof in its earlier existence. He sees it continuing to be that way. The growth has been good, Pat. We talk about every quarter, 25, 30% growth. I also did ask him if he’s going to be out acquiring any companies, more companies, and he said it would have to be very strategic, that it has to be something very deeply integrated into the NetSuite environment.

Patrick Moorhead: Yeah, this was my first Suite World and I’m relatively new to covering the company. I’m in the second year. Unfortunately I wasn’t able to go to Suite World last year because my wife broke her hip and I was staying home to take care of her. I think you remember that we were going to do a bunch of videos together. But listen, just a fascinating company. This company is on a rocket ship. It’s growing, at least the ERP side of it, 30% year over year. It has 32,000 customers. Think about that. Now, sure the TAM is five to six million. So their market share is low, but they are the number one cloud ERP, which says, essentially they have a ton of growth. I was reminded of their scale when they flashed up in the keynote, that in the past year their customers have done over a billion invoices, 700,000 sales orders.

So the numbers are astounding, the scale that they’re at is incredible. Larry Ellison’s target is to get them to a hundred thousand customers in five years. So that’s tripling of the business in five years. So it’s fun as an analyst to be able to cover that, because you know something is going right there and they are betting big on it. So a few observations, Daniel, that I made. First of all, they talk to the language of their customers. And by the way, you and I are potential customers who they’re looking for. Small companies who want to get big. Right? And they were talking literally like I run my business, which is quote to cash, employees. Right? Actually less supply chain, but supply chain is super important for those customers. Now it is a little bit confusing, and one of the recommendations that I’m making is, hey, you’re Netsuite and you call yourself a suite, but the next thing you do is call yourself the number one cloud ERP.

So are you a suite of ERP, and then you sell some other stuff like CX, CRM and HCM. I think that’s something that they should put their hands around. But it was very clear what I learned is that the land is finance, the expand is ERP, and everything else is gravy at this point. I do think the company, if they want to grow, they need to turn what I consider the gravy, which is the CX, CRM and HCM, into world leading businesses themselves, to be able to compete better with the category killers. One of the things that definitely twisted my brain there was, what is CRM? Right? Because inside of ERP they have the ability to get all this information about customers, about orders, about order matching and configuration. So are they really putting stuff in the ERP that you and I might call CRM?

I’m might write an article about that, Daniel, because I think sometimes, as analysts, we like to put things in these special buckets, but then when we step back and we look at the way we really use stuff and the way we talk about it, it’s definitely more of a soup than an entree of meat on the side. I will hit on one of their biggest announcements. I’ll write this up on Forbes, and that was the AP automation. And whether it’s bill capture, or bill matching and approvals, payment automation, payment reconciliation, and then a connection to an HSBC banking center. Watch this space, Daniel, I think it’s going to be interesting. From my business point of view, I love this. It essentially says, hey, how do we automate getting paid? And by the way, I like AR automation better, because it’s us getting paid quicker, but this is an area that is a human sink. You throw people at all of this stuff, and if the company can view this AP automation as a leadership area and everybody jumps on it, there’s going to be a tremendous amount of upside.

Daniel Newman: Absolutely. Yep. That’s what I was talking about with the AP automation as well. Streamline it, make it smart, make it so I pay at the right moment and maximize. And of course if I can do so with the minimum amount of human interaction, nothing against humans, just let’s use them for more important things.. 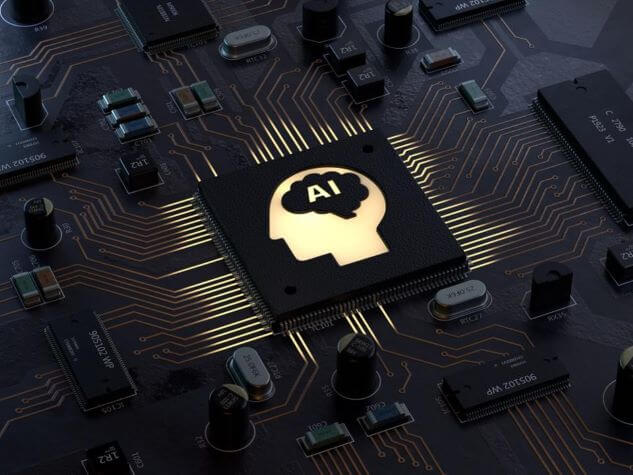 AI and CRM: Will Customer Management Get Easier?