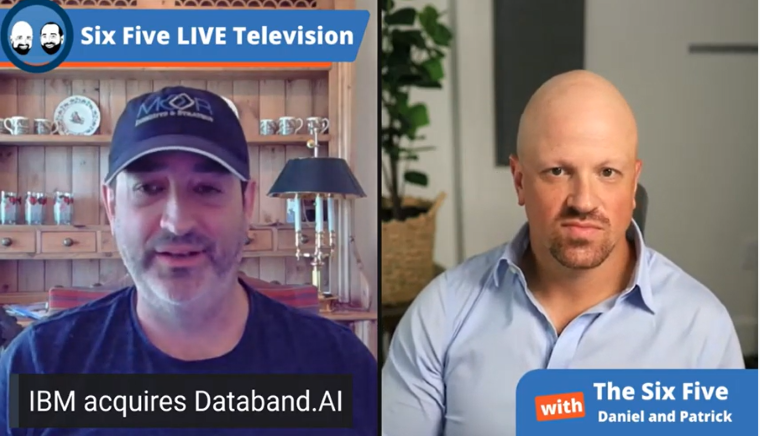 Patrick Moorhead: Big acquisition, well, small acquisition that IBM made. They’ve been doing a bunch of tuck-ins left and right, filling out their portfolio. Daniel what’s the what’s going on here?

Daniel Newman: Yeah. It caught my attention this week. Actually found the deal, first on LinkedIn, when Tom Rosamilia, lead to the business software for the company, posted about this. And I said, wow, we’re seeing a trend line here. We were at Cisco Live, company made a big splash about its observability portfolio. IBM has made a handful of, like you said, tuck-in acquisitions across its software suite for observability, and APM, and ITSM, and IT ops, and AI ops, and we’ve got all these things. And you and I have talked about it with Splunk. We’ve talked about it with LogicMonitor. We’ve talked about it with Datadog, there’s a lot going on.

But basically this exponential data growth is causing an incredible amount of pressure on companies to figure out how to make sure A, that their data is good, their data is secure, their data is accessible, their applications are running. This is not a simple thing for companies to fix. And as enterprises get bigger, as the hybrid IT environment gets more complex the investment that companies and enterprise are going to need to make in observability is palpable. And so IBM has basically shown that it is going to continue to gobble up small strategic assets. And by the way, this is something IBM’s done for a long time. I believe one year, not that long ago, I think they acquired a hundred companies in one year. An acquisition every three, three and a half days. And this is one that’s really designed to help companies make sure that their issues with their data are resolved before it causes financial impact.

That’s a big thing when you think about EP systems and other systems of record, having something that can basically be strategic that can make sure that your data is in the right shape, that it’s being utilized correctly, and that the quality of the data does not have a negative impact on the bottom line is substantial. And it’s something that I think IBM sees that fits really well into that hybrid IT AI data strategy that the company has. Long and short, is it a big deal? No, it’s not a big deal. In fact, it’s small enough that we don’t even know how big the deal is. But don’t mistake that kind of deal for being unimportant.

So what the company’s doing is, it’s piecing together a number of different solutions, gaining intellectual property, probably buying them right now in a somewhat conservative market space where they’re getting it at a good value, and they’re going to be able to roll this up, put it into their software portfolio, make it available and continue to add value to their marketplace. So I’m big on observability. I won’t really beat that drum anymore. But for IBM, good acquisition. Again, see how it all plays out. I’m watching carefully, how do these integrate with other observability plays and other data management plays that the company has made, but I like the direction they’re heading and I see they’re leaning into this area as something that’s a trend line that will be favorable to the company.

Patrick Moorhead: Yeah. Observability is hot, Daniel. It’s funny. I think in the first 100 shows maybe we talked about it once, and here we are, the last 10 shows, we’ve talked about it every other show. And really what this is about is, this is about the cloudification of IT. Even though the public cloud started 15 years ago, only 25% of the data is in the public cloud, and I could roughly estimate 25% of the applications. But as enterprises move into a cloud model and it’s spread between the endpoint, the compute, Edge, Edge of the network, the data center, public cloud and Colo not only is the infrastructure has it fracklized, but also the way that we make applications. So no longer are most developers building these monolithic applications where they’re only tapping into their own services. They’re writing them in a way that taps into either microservices, or APIs. And APIs at different companies that are crossing different areas.

So when your end customer, if you’re an enterprise, has an issue, you need to know what in that, the 100 variables, what is going on and where did it break? So that’s kind of big picture. And also the industry is moving away from one-off observability tools into more full stack or end to end. Cisco calls it full stack and LogicMonitor calls it end to end. Basically it’s a very similar concept. And then the future is about getting so smart about what’s happening you can predict what’s happening and put the fixed auto magically in place. So that is kind of the big picture of it. And I’m glad to see IBM continuing to get into this. IBM’s going to have to have a full stack observability if it wants to play with the big dogs. I like this as well because it’s focused on data, but still it’s a tuck-in. But good job IBM.