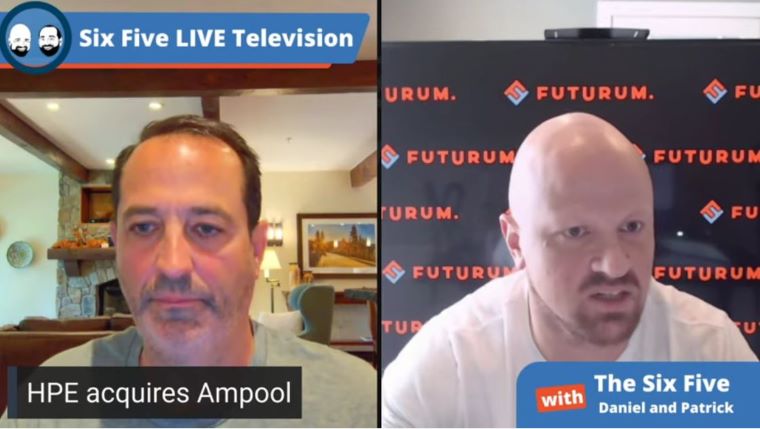 Daniel Newman: HPE has been on a terror of acquisitions and this week it announced one for its GreenLake business company called Ampool. If you haven’t heard of Ampool that’s okay, most people have not. But what you may have heard about over the last few months is what HPE calls GreenLake it’s as a service stack, which they basically promised to commit by 2022, to deliver everything in the HPE family as a service. Furthermore, HPE has done what’s called Ezmeral and Ezmeral is its data analytics platform. And that’s what the Ampool acquisition is all about.

Basically, if you’re familiar with structured query language or SQL, or SQL depending on how you want to say it, it’s one of, if not the predominant database workload for most organizations, the problem is as modernization has happened, SQL has become more complex. It’s become harder to run, runtimes becomes slower, and the infrastructure that’s backing the SQL workload needs to continue to evolve. So this acquisition for HPE of Ampool was really all about making the Ezmeral software stack more capable to accelerate the analytics runtime for interactive SQL, SQL, whatever you call it. I’m not going to do that again, workload’s. Interesting. Like I said, what we’re really trying to deal with here is adding more simplicity, helping companies deal with the governance, compliance and visibility in hybrid IT, to tie this together with running these big data and analytics workloads, which we’ve heard so much about. But what we don’t talk about very often is how hard it actually is to apply this stuff into your organization.

So this really falls into a family and Pat, while I’m not going to dig … we don’t tend to go too deep and too geeky on this show because we want to make sure we keep this open and wide for the entire tech community, but what I really see here is this is HPE one by one, making very strategic acquisitions. It’s a company, I think has like 40 engineers, not a huge company, but has built something very specific that falls right into this stack to address an important part of the big data, software, hardware integration challenge, to offer consumption services in the GreenLake family. 40 engineers, so it’s not a massive acquisition, but the companies making lots of these little acquisitions, filling in gaps, solidifying its service, and then offering this in a very easy to apply consumption type of offering that companies can deploy at scale through the HPE family. I think that’s why HPE is doing well. They’re not jumping over their skis. They’re not over-investing, they’re buying the parts and they’re really executing to their promise, which is everything as a service and so far so good. I think the Ampool acquisition is one of many small pieces to a very large puzzle.

It’s not been fully figured out yet, but Pat, I think you actually mentioned this on our last pod, HPE, as it comes to delivering everything as a service is in the lead among the OEM, the IT OEMs, strategically the most diverse set of services, verticals, stacks are everything from the storage to compute to data. And this is just one more offering and a good add to the family.

Daniel Newman: I was going to go fast.

Patrick Moorhead: Honestly, I have nothing incremental to add. One thing I want to reinforce is it’s amazing how far HP has come from a software perspective. I mean, it had a nightmare trail of software. I mean, if you look at the past 10 years, it has been ugly. Big acquisitions that went the wrong way, selling off assets, one of the biggest tech lawsuits that’s out there, but they’ve done a really good job. And Daniel, this is exactly what you said. This is a tuck-in, they’re building out the platform using open industry standards, open source software. I got to tell you, this has Kumar Sreekanti’s hands all over it. And of course you’d like to say, well, of course, head of software at HPE, but talking to him and we had him on the Six Five Summit, a couple of weeks back and he had alluded to some of the tuck-ins. I asked him about how they stay competitive in the future and this to me is exactly what it is, though, I’ll call it tactical tuck-ins. I don’t think that’s a bad thing to say, but with this one adding much more capability to a SQL workloads.

Daniel Newman: We’ll hit more on this when we talk about an acquisition IBM just made. But Cisco, they’ve been doing this very strategy with their WebEx platform, just little tuck-ins. I like that word by the way, that’s a good one. It isn’t always about Salesforce buying Slack. It isn’t always about making $20 and $30 and $40 billion acquisition. Sometimes it’s making an acquisition of a 50 person company that just does something that’s going to really expand or diversify, or just make your products better. I think that’s where he has been really focused on.