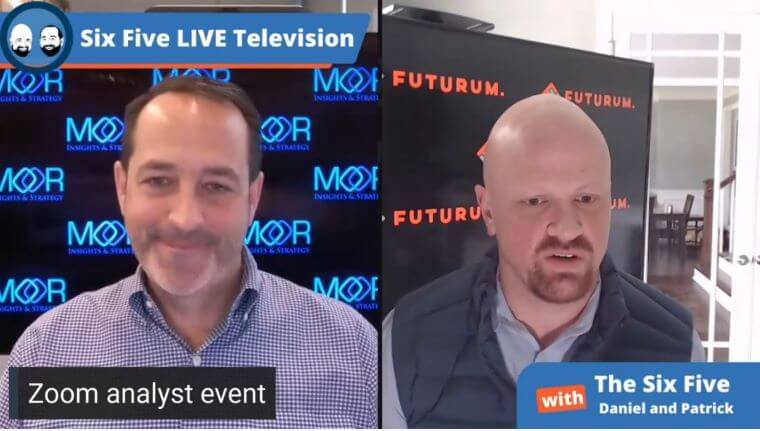 Daniel Newman: The Zoom Perspectives Analyst Summit was a multi-day event. And to be fair, we’ll not be able to do full justice to this event. But the great thing about it was is Zoom gave us a tremendous amount of access to product leaders and executives within the company for two days to give us some vision and visibility into where things are heading at Zoom. And so this event kind of kicked off with a big executive briefing from the chief revenue officer. Gave us some background, Pat, you had a great tweet about it, but just giving us some, if you don’t know, trillions of minutes of meetings are going on right now, running on the Zoom platform. And speaking of platform this particular year and this analyst event was very focused on the platform that is zoom. And there’s a little bit of background there.

I think a lot of people realize the pandemic fueled rapid exponential growth. You’re talking triple digit numbers of growth in revenue, in earnings, in customer acquisition, in large customers, in enterprise. And by the way, a lot of people didn’t know what Zoom was a year and a half ago, or so. Grandma knows what Zoom is now. Grandpa, great-grandma. Everybody knows what Zoom is. Zoom has become sort of the Kleenex of collaboration and good for Zoom. But what I was wondering, what I went into this event really wanting to know is kind of two things. One is what is going on with Zoom? And two, how in the world does this company maintain, sustain and retain the growth and customers that it has been able to acquire over the last year and a half? That was kind of what we were able to get into and talk a little bit about.

And as I said, platform was the big thing. You know platforms are huge in everything, whether it’s SaaS and applications, whether it’s the power platform in Microsoft, whether it’s a Salesforce platform, companies are looking at how do we centralize around maybe a product that you use and then you build and expand? Whether that’s adding AI and adding data and adding tools. And so we spent a lot of time learning about where the company is going with its platform to extend and make their solution more extensible.

Two quick notes and then I’ll pass the torch back to you with just a tiny bit of oxygen in the room here, Pat. One, the company rolled out a really big announcement around its events platform. It’s going to have a multi-wave. I think the familiarity that the market has with Zoom is going to make it an extremely likely success that its events platform will do well. It will start off with single kind of events. There’ll be more like webinars and then it will go onto a multi-session single track event. And then eventually it’s going to be a multi-track multi-session event. You’ll be able to run your big CES style events on Zoom. Pretty cool.

The other thing is just, I did have a chance to talk at some Q and A with CEO, Eric Yuan. I did ping him about how in the world is he going to be able to sustain the growth. Eric, in a very humble yet bullish way said he believes coming out of the pandemic, that companies are going to be streamlining. They’re going to be minimizing down to only a couple of collaboration solutions at most. Whereas now some are using six or eight. He believes Zoom has the strong potential to be among the only two or three platforms that will stay as enterprise wide adopted. And as the platform expands, he believes that growth can continue. I can’t say much more because of embargoes and such, but overall, he had a very bullish view and we had a lot of access to the executives. Good event.

Patrick Moorhead: What I’ll add is that the majority of the event was NDA where we were going through roadmap. Well, part of it was NDA, part was embargo. But so there is little that we can talk about. And I think what I was left with is Zoom transforming from a video tool to a platform. And I think we all could have guessed how Zoom would have to grow and the things it would need to do to grow even after this pandemic bump. I was impressed with a few of the metrics that they let loose here. One was that they have over almost 500,000 customers, businesses with 10 or more employees. Sometimes we think of Zoom as a consumer play, but I thought that was interesting or a very small business play. And the other was that they have 3.5 trillion annualized meeting minutes, which is just mind boggling when you think about it, which clearly shows to me that the company has scale.

I think a challenges moving forward with Zoom are going to be that while currently they’re doing super, super well related to, I would call it PC to PC or phone or tablet type of communication to room. There are Zoom rooms. And I think the company needs to build out that ecosystem and infrastructure a lot more because like you said, we went into here and Zoom wasn’t that big of a deal before we went into the pandemic, but now they are and they need to grow and they need to grow up to be looked at by enterprises as a end to end solution.

Daniel Newman: Yeah. I would say Pat overall, it was a positive, like you said, not a lot of stuff that could be fully disclosed. That’s why at best we were paraphrasing some of the inputs and insights that we were able to get, but I think Zoom knows the pressure it’s under to transform and to scale and it can’t just be an appliance. It has a lot more with the phones with the rooms, but it’s got a tricky road ahead, but I think it made enough of a impression during this last 18 months that it is going to be here to stay.