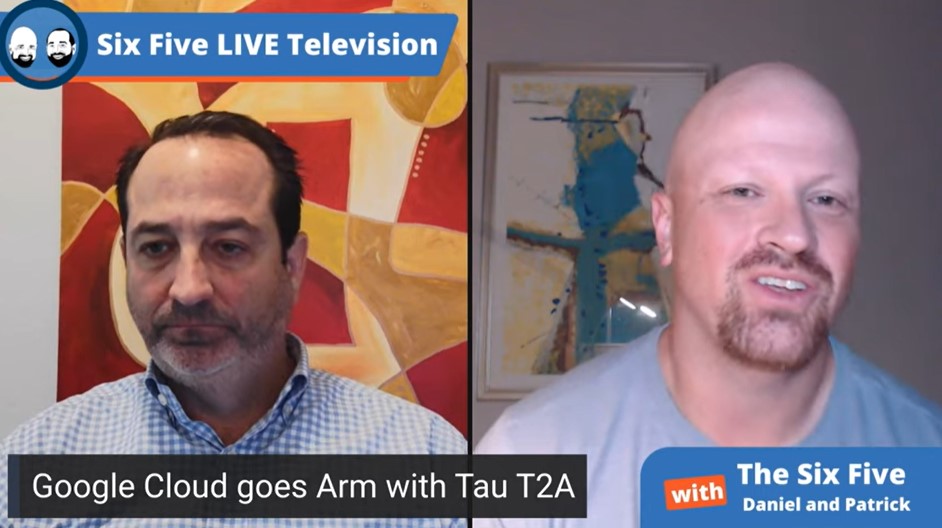 Daniel Newman: I think Arm’s momentum continues and Google Cloud is now the last, I think the last of the mega hyperscalers just to come out with their version of an Arm-based instance. Pat?

Patrick Moorhead: Yeah, so I had a kind of snarky tweet that Google Cloud was last to the party with Arm-based public cloud instances, better late than never. I was just kidding but I was taken seriously. I had a couple people messaging me. But the fact is that they are last, right? We had AWS kick it off. We had Oracle Cloud. We had Azure. Heck, even HPE released or announced… It’s not GA, and by the way, either is Google Tau T2A instances, but still directionally people find a requirement to do this. And it’s interesting. This isn’t about the Arm ISA. This is really about this architecture was really built for public cloud instances, right?

First off, it took out anything that didn’t make sense, and whether it’s ABX 256, ABX 512, maybe it’s certain elements of security that are handled better in the offload, but one of the most interesting things, and shout out to Ampere, who’s the actual chip maker of this, is one CPU equals one thread. And you might be thinking, “Well, wait a second. With IBM Power, you’ve got four threads per CPU. With AMD and Intel you get two threads per CPU.” Well, what happens with cloud native workloads is they’re looking for consistency of performance versus things like turbo mode and hyper-threading or multi-threading. So, ironically having less threads per core is actually an adder, and it’s something that they appreciate.

I did finally get briefed yesterday, which I appreciate this. There is some distinction between the AMD Tau instances and the Ampere ARM based Tau instances. There aren’t as many features with Ampere Ultra, and I would say it’s less enterprisey. So, you can’t run an SAP instance on the Arm instance, because quite frankly it’s very simply that SAP doesn’t support Arm. And also there’s a lot of pieces of software that don’t support Arm. But if you have a cloud native, let’s say using JavaScript, there’s almost no work that goes into moving those over from let’s say AMD or Intel instances.

One thing I was super impressed with is they actually had customers or people who were using these instances to talk about it and I think that’s important. Typically, an announcement you won’t have anybody talking about anything. It’s basically just saying, “Hey, we’re going to do this.” But I think Google had to do this because they were, like I said, the last hyperscaler cloud provider relevant, and I would say large. I mean, IBM is relevant for a public cloud, but they are no longer trying to compete head to head with the top four anymore, so there we have it. Congratulations to Ampere. Congratulations to Arm. And I’m really interested to see that we now have another horse race here, right? Now every single hyperscaler cloud provider has an Arm-based instances, and heck, even HP does.

Daniel Newman: Yeah. You didn’t leave a lot there, so I’m not going to dive too deep into this. What I’ll say is-

Daniel Newman: I have.

Patrick Moorhead: And competition, x86 versus Arm, and I think the listeners would love to hear your thoughts on this.

Daniel Newman: Well, there’s just certain workloads that are still some of the densest workloads in the enterprise that are still very x86 dependent. And until that changes, you’re going to continue to see x86 have a real meaningful place to play, both in the public cloud and obviously on prem. The long and the short of it is, though, is that Arm’s doing two things. One, it’s showing a very good competency and capability to offer hyperscalers something that they can deliver to their customers across the continuum, smaller businesses to enterprise. They’re also playing the long game that the overall cloud market is growing, and so as we look at how and where all this growth comes from, AWS proved that there’s a lot of demand, and has done very well, their Graviton as well as with their AI instances, Trainium, Inferentia, and these other cloud providers realize that they need to be participating in this space. Arm has enabled this.

We’re going to watch the market continue to create more competition, and so the real question is I think for x86 is it’s about protect and about differentiate. Find certain instances and workloads that people will continue to prefer to run on x86, and you know, we highlight a number of them in our most recent papers. Having said that, though, the Arm contribution should not be underestimated in any way right now. Usually you go, “Oops,” one company got into the game. Maybe they think there’s an opportunity. Maybe they’re testing the waters. The fact that every one of these hyperscalers is playing in this game is because they know something and they know that this is a trend line that they want to be a part of.

Patrick Moorhead: Yeah. You know, I’m wondering, Daniel, if this is a tweener to have an Arm-based CPU that you buy, as opposed to developing an Arm-based data center SOC like AWS is, right? Are you really saving money? What are you really getting? Is the lack of supply, let’s say for AMD and Intel, contributing to that? I’m really thinking about the long game here, and listen, I don’t have the answers. This is a real question, not a fake question.

Daniel Newman: Yeah. No, I think you bring up some really great points. The supply chain issues have caused market shifts for multiple companies. The ability to produce enough product has led people to other product and as they’ve been able to utilize and fill gaps, they’ve stuck with those products. That is what happens. That’s caused people to switch between PC makers, between server makers, and throughout this pandemic companies have had to implement enough compute. And if they couldn’t get it from one source, they were figuring out how to get it and make it work from another, Pat, and it’s been a very… The period’s been an anomaly for many, but the fact is as we come out of it, people changed behaviors. And changing behaviors is often the hardest thing and in this case it was a forced behavior change.

I think it’s just going to be something to watch, Pat, but the one thing I think people do not want to underestimate as you see Arm come in is that this isn’t like the death of x86. It’s actually the growth of compute. So, x86 has its challenges, and they’re going to have to keep fighting, but the overall demand for the amount of compute out there is going up and it will continue to go up.