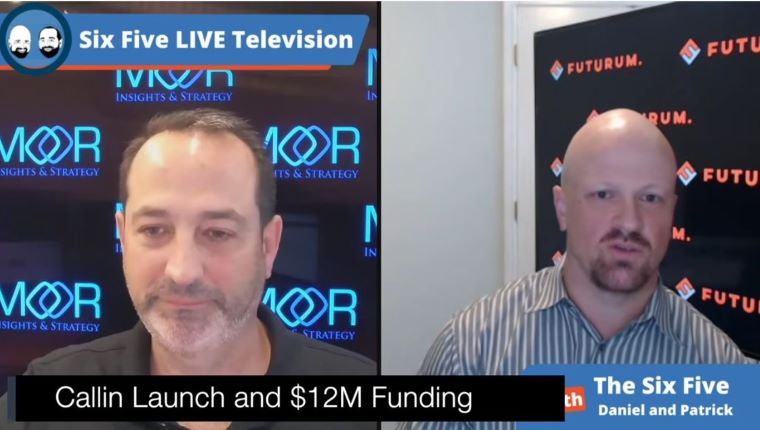 Patrick Moorhead: All right. Let’s dive into this show. So David Sacks did announce officially Callin, which is a social podcasting platform. It was in beta and I used it a couple of times. But I think the first thing that comes into everybody’s mind is, hey, how is this different from other properties out there that might have started and might’ve gone stale? And I think we all know which one we’re talking about. Clubhouse, when’s the last time you saw Clubhouse pop up in your Twitter?

Daniel Newman: If you’re actually asking me that question, Pat, it was like the rage for a week. I mean, this thing reminded me of like Elo, remember the Elo, the social network that’s your thing. Makes me wonder about injuries and Horowitz is three times marking up the value of Clubhouse too between its inception and now, and now I don’t even hear about it I don’t, I don’t hear about it Pat.

Patrick Moorhead: Yeah. So a couple of differences, so first of all, on Clubhouse, you have to be there live and it’s not recorded. So if you’re at work and this thing pops up, guess what? You’re out of luck. And there is value in that immediacy, I totally get that, but I got off of it because the shows were never in my time zone. So this is a very easy platform and I do think that when it comes to podcasting, there’s a lot of value and I think the initial value is the editing. So if you can imagine, so we do this recording and then about on one to two minutes later, a transcript pops out and I can instantly go in and Callin pulls out things like ums and urs and you knows, mistakes that I make all the time.

Also, that little chit chat we had beforehand, if we wanted to snip that out before we just got right into it, all you have to do is touch the words and then go away. And then at the end, you publish it and it gets sent out with its own link, you can promote it pretty much everywhere. But the cool part about this is its social, I can see what you listen to, you can see what I listen to and it helps cut through the cruff. And that’s something that things like Apple podcast is missing, you have no idea what your friends are listening to. So I think there’s some initial value here that I think is super exciting.

And I did get the chance to talk to David Sacks, interview him and I didn’t just ask him about Callin, I mean, I was asking about China, deficit spending, what’s new and SaaS and his favorite investments. And I thought that was going to be a toughie, but in pure David Sacks style, he turned it into which one of his investments are farthest along, which I thought was a pretty clever, but check out the full interview on forbes.com.

Daniel Newman: Yeah. Absolutely Pat. I thought it was great. You and I are both fans of the All-In pod, we enjoy the conversation, we definitely love the fact that these gentlemen are so willing to really express whatever they’re thinking. And Callin is super cool, I’m excited to learn more about it.