Amazon spends $120B in America 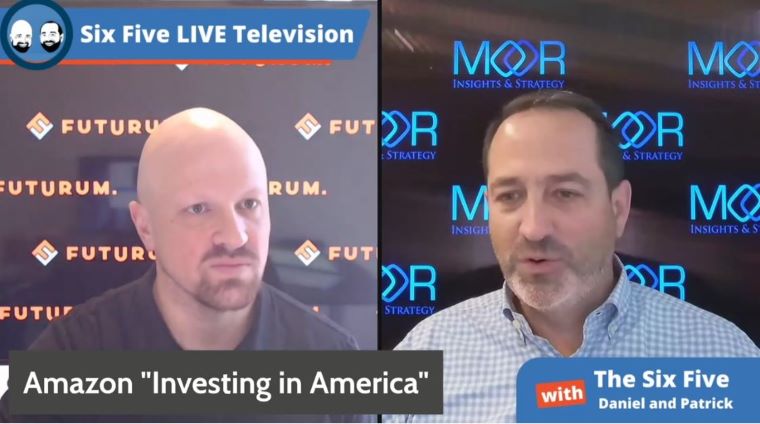 The Six Five team dives into the fact that Amazon spent $120B in America.

Patrick Moorhead: Amazon made an announcement yesterday, and you can also read this on my Forbes article that Amazon announced that in 2021 it will have invested or spent $120 billion on first-party supplies and services in 2021. It’s funny, this is right on the heels of the PPI saying that Amazon is the largest investor in America in terms of any type of investment that’s Capex, and that’s even hiring people. You know, I think this is important. Amazon deservedly gets some heat in a lot of things, but I think most of the press takes a glass-half-empty approach to the company, I think, primarily because Jeff Bezos is the richest man on the planet and it’s so powerful.

Listen, I don’t want anybody to confuse that with I do think that the third-party independent press should always be keeping people accountable, but I think it has gone a little bit overboard and things are viewed in different types of lens. Let’s face it, if you’re beat and all you do is write about Amazon, you’ve got nothing to write about Amazon about and something pops up that they could be controversial or make a good headline, I think you’re naturally going to write about that. It’s just balance, and the reason that I wrote this article was to give some balance to the conversation. I think it’s also important that anybody who is looking at antitrust actions and potentially weakening Amazon in some way, shape, or form also understands the investments that the company is making.

By the way, I would never say that that would ever overshadow anything that would be antitrust or abusing antitrust, but I think by looking at these things holistically is important. When I look at… It’s well above the minimum wage. It is decade ahead of The Paris Accord on the environment. It’s the nation’s largest employer at this point that’s not government. I think all of those things need to be taken and looked at.

Daniel Newman: Yeah, because of our time and we need to keep the show moving, I could talk about this topic for an hour. 150 billion invest in the U.S. in small and mid-sized companies. This is an absolutely boondoggle for all of this antitrust talk. This wouldn’t be one-to-one distributed out through a less capable platform. This is based upon growth. This is a growing ecosystem that has massive implications for small business and creates and validates small businesses in a way that would be very difficult for them to do for themself.

When it comes to antitrust, breaking up these companies, I’ve written a piece… I wrote a headline in MarketWatch that said specifically, “Treat Amazon differently when you talk about big tech regulation,” because it’s a different thing than an App Store.” It’s a different thing. It just is and it needs to be looked at. These things sometimes don’t want to be considered, but they should be.

Pat, another topic for you and I to deep dive on a separate show, format you’ll see more from us soon when we deep dive into some of these controversial topics, provide everybody the color. We’ve got one more topic. It was a heater for this week, Pat. I’m not the host, so my instincts took over.