Universal Basic Income: Is It the Necessary Next Step? 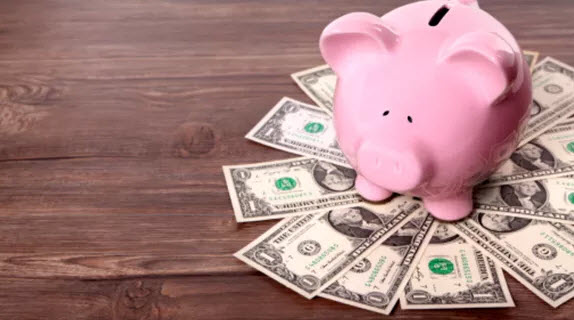 Elon Musk, the genius founder of Tesla and SpaceX, recently predicted computers and robots are likely to take over the human workforce, and that the government will need to provide a salary—also known as universal basic income (UBI)—to keep society afloat. While I’m a tech guy and won’t proclaim to know the economic rationale behind UBI, I do know this: When Elon Musk speaks, I listen.

In fact, Musk is not alone. A recent study from Oxford University estimates that 47 percent of U.S. jobs could be made obsolete in the next two decades as automation and deep learning continue to advance. This isn’t just unskilled labor. Even highly technical jobs are in danger of being overtaken by AI. As technology experts, we talk a lot about the inevitability of security breaches and data hacks. It seems we also need to discuss the inevitable risk that technology could make our own jobs obsolete, in turn creating a need for an alternate source of income for modern society.

The risk is real. The White House estimates that all jobs earning less than $20/hour will eventually be replaced with AI. In truth, the number of those impacted is likely much higher. Uber has already launched self-driving car fleets in Pittsburgh and San Francisco—perhaps decades ahead of when many of us thought it possible. Soon, it’s anticipated that not just cars, but entire fleets of cargo trucks and ships will be self-sustained. The impact will be felt far beyond the vehicle drivers. It will change how we look at car insurance, rest stops, road development, traffic patterns, and everything in between. And that’s just one type of job. Rest assured, if your career isn’t eliminated due to the digital transformation, it will likely be drastically changed by it.

The Case for UBI

The concept of UBI is not a new idea. In 1797, Thomas Paine made the case for universal payments to every adult over 21 years of age. Martin Luther King, Jr. even wrote that guaranteed income was the best solution to widespread poverty. Other countries are already considering it as an option in today’s marketplace. Canada, Finland, and the Netherlands are currently experimenting with the concept, and Switzerland has already held a nationwide vote on the prospect. Although it was voted down, it does lead many to wonder: will UBI become a necessity in the new digital economy?

It’s a fact: technology is outpacing human progress at an astounding rate. Don’t believe me? An AI program named Giraffe recently attained International Master level status in chess in just 72 hours—just by playing itself. Another called Amelia, trained as a call center employee, “can learn in seconds what takes humans months to master’—and she can do it in 20 languages. Says one writer, “Nothing humans do is safe anymore.” AI and deep learning can do almost any job faster, cheaper, and with fewer chat breaks and emotional breakdowns than any human can. Feel disposable yet?

What’s more, technology shows no sign of stopping to consider the moral implications taking over certain jobs or railroading the traditional concept of career advancement. It makes sense that we may all need some level of UBI to compensate for the parts of our incomes AI has—or will—replace.

What will UBI mean for society?

A company called Y Combinator is already doing pilot studies to determine the answers to these questions. For instance, do people with UBI still have a drive to work and contribute to society? Are they fulfilled? How are they spending their time if they’re being compensated simply for existing? As one writer suggests, this could be an era when we actually see a trend of “decoupling work from income”—in essence, separating one’s value from how they spend their day. In the American culture—born almost solely from DIY spirit—that might be a hard pill to swallow.

On the upside, UBI also holds tremendous potential. It could eliminate poverty and lead to increased cultural creativity and advancement. With less time spent in the 9-5 grind, humans will have more time to worry about the families, friends, creative ventures and—hopefully—helping to equalize the tech gap. Believers point to Ancient Greece where the prolific use of slaves allowed for a culture of creativity and enlightenment because slave owners were freed from the burdens of daily life. (I’d argue this worked out well for everyone but the slaves.)

Still, the example has merit. In Namibia, UBI programs have already led to higher levels of employment. Turns out people feel safe to create their own unique and fulfilling work opportunities when they have a safety net supporting them. That’s evidence this digital revolution could either be the death of civilization—or the birth of the most creative society we’ve ever seen. Only time will tell.

Additional Resources on This Topic:
Send in the Robots: The Good and Bad of Automating Your Hiring Process
Will Digital Healthcare Technology Kill the Independent Physicians?
Exploring the Future of Work: SMACtalk Podcast with Adobe’s Jon Perera