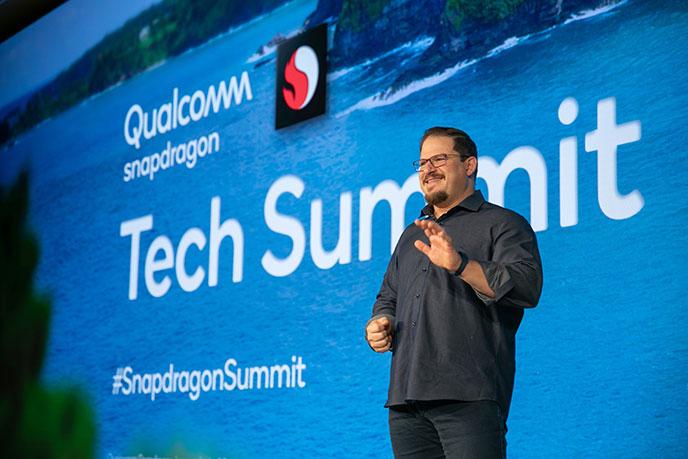 Analyst Take: The uptake for extended reality has been somewhat limited based upon device form factors, speed of connectivity and the quality of applications developed for AR/VR/MR. With the launch of XR2, Qualcomm has taken a big step toward solidifying its leadership role as the maker of the most advanced extended reality platforms.

Given the company has some of the most important design wins for XR, including Oculus and Microsoft, it is clear that this segment was already on a strong trajectory, however, with the XR2, which adds significant AI capabilities and 5G, the game is going to change from tethered viewers and WiFi dependent experiences to fully immersive lightweight augmented and virtual reality that can be delivered in lightweight headsets.

From a technology standpoint, but new XR2 is impressive. It handles 7 concurrent cameras, does 3Kx3K per eye and delivers 8K video at 60 FPS. In short, it’s a powerhouse. Qualcomm was able to show significant improvement over its previous generation 835 and the first XR, which is still available for mid-tier XR. However, the XR2 is clearly the Flagship.

Overall Impressions of the Snapdragon XR2

This launch is going to be big for the device makers (Headset and Mobile) as well as for AR/VR application development and of course mobile operators that are looking for monetization and differentiation that users will be able to recognize as they move to 5G.

Overall, the XR2 launch is an example of a strong adjacent market where Qualcomm is well positioned and delivering innovation that has the capacity to set the emerging AR/VR industry into its next stage, which at this point is important as it has stagnated a bit. However, 5G will enable significant evolution that will be realized in growth of adoption and TAM for companies participating in the XR ecosystem.

Analyst Take: First of all, I have been using multiple ACPC devices for the past year, as I’ve received several test units from the likes of Microsoft (Surface Pro X) and Lenovo (Yoga), and overall, my experiences with the devices have been positive. I like that they are lightweight, tend to have really long battery life (especially the Yoga), and a terrific form factor. Often, I will carry the device all day and use it without ever worrying about charging or about finding Wifi.

While, this ACPC concept isn’t entirely new, the compute platform of Windows on ARM is pretty new as its ecosystem has grown to include Samsung, Lenovo and Microsoft to name a few, but it still represents a small portion of the overall PC space. I see this changing in the near future as form-factor, weight and battery life continue to be a priority for users. This is why I feel the launch of a broader set of compute chips from Qualcomm will serve the company well and help the products gain market share.

No question the 8cx delivers a high level of performance, but if Qualcomm is going to be taken seriously in mobile compute it had to expand to serve the broader compute tiers including entry level and mid-tier. Today’s launch, which added the 7c and 8c accomplishes just that, making the Qualcomm variant something for a broader ecosystem of OEMs to consider.

I see the early days including many OEMs building one variant of the Qualcomm based offering and with the broader line now in market, this will likely expand as demand grows and customers become more comfortable and familiar. Of course the growing demand for 5G based PCs are a natural opportunity for Qualcomm to exploit during the period in time which Intel is dealing with short supplies and no 5G offering as its MediaTek partnership won’t deliver product for more than a year. Intel does have LTE based offerings in market, so it isn’t as if Intel is out of the connected PC game, it just happens to be behind at this point and catching up and meeting supply should be the companies focus.

The launch was strong, and anyone saying that Qualcomm is bailing on the premium tier by offering the lower tier chips, is badly misinformed. What is happening here is a recognition of the broad type of compute requirements of business and consumers and this launch represents a deeper commitment to enabling global OEMs to offer a Windows on ARM variant that can meet varying needs and price points.

The 7 series is still feature rich, but much like Intel and AMD, compute chip makers offer many variations to enable the markets to deliver products to a vast set of customer demographics.

The Windows on ARM movement is still in early days and Intel still obviously has the mass of the market for client computing. The bottom line is whether it is supply or evolving architecture or use cases, there is a new competitor in the space and as the ARM based offering matures and improves on a few of its early challenges, it will be formidable. Qualcomm will need to be diligent with partnerships and OEMs to get the product in market and to win enough volume to keep those partners happy. The next year will be critical and will be important for those tracking the industry to play close attention to the scoreboard.

From an overall standpoint, the Qualcomm Snapdragon Summit cemented a few important themes. First, the proliferation of 5G and the reality of 5G. There is no stopping its growth and it will continue to gain momentum and meaningful adoption.

Another key theme was the road that everything leads to the smart phone, lighter, more ubiquitous form factors. Whether it’s compute, XR, or even watching a movie, we have the lowest common denominator now being the mobile device. This isn’t going away. The companies that develop the most seamless experiences on mobile devices between form factors will win. This requires seamless integration AI, XR, 5G all while delivering long battery life, low latency and low power consumption. This is a challenge for the industry, but Qualcomm showed its capabilities this week and is well positioned to succeed in the future of mobile and the important technology adjacencies.