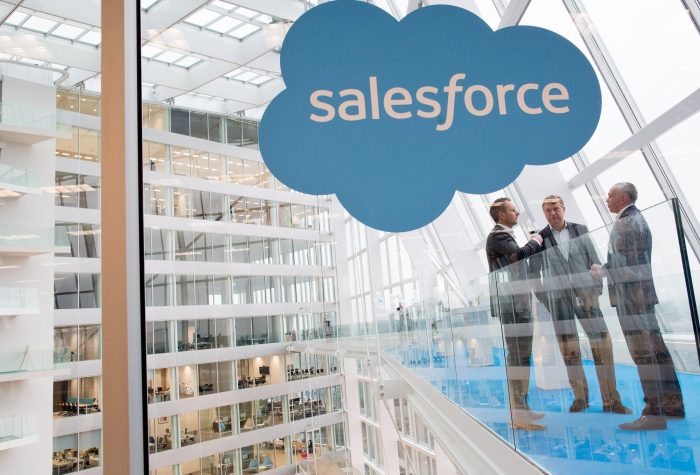 Analyst Take: We are in a market where volatility rules and even good earnings don’t necessarily guarantee a positive market response. In this case, Salesforce delivered its best growth rate since 2014, yet overall the market felt it was pretty unremarkable as the stock dipped and then recovered and then ultimately didn’t move much after the news broke. However, beyond the earnings day reaction itself, the report showed some promise and some reasons for worry for the company that loves software in the cloud and used to serve as the pillar for minimizing complexity for CRM.

The Organic Growth Is Pretty Good

Subscription and support revenues saw a 34% jump to $4.24 Billion while its much smaller professional service and other revenue bucket jumped to $274 million, which was a 22% jump.

These numbers are good, and represent the best growth since mid 2014.

This year, Salesforce proposed to its investors that it will double in revenue by 2024. This is a big goal that isn’t likely achievable through organic growth of its subscription services. This has been the catalyst for acquisitions like Tableau and Mulesoft among others.

So while the large growth this quarter that is the best in 5 years is promising, sustaining this type of organic growth is going to be really hard. This will make Salesforce even more focused on inorganic growth through acquisition if the company intends to meet its very aggressive growth targets.

Overall Impressions: Integration, Competition and A Tough Road Ahead

Salesforce seen such strong results and market response for so long, the fact that the company YTD is trailing the S&P for growth has to be a surprise for many.

However, the company has reached a more mature period in its existence and it now needs to realize that hyper growth through organic channels will be really challenging. This has been clearly realized through acquisitions like Mulesoft and Tableau. However, those acquisitions won’t come without challenges. This is especially true for Tableau. Given the software had a vast majority of its users on-prem, it was anything but a natural fit for Salesforce.

As the company works to integrate Tableau, and then to keep up with growing/continued competition from the likes of Microsoft Dynamics 365, NetSuite and legacy SAP and Oracle offerings, there is also going to be an onslaught of companies that will promise the simplicity that Salesforce once offered. Companies like Zoho or Freshworks come to mind here.

If Salesforce is going to achieve its double in 5 year ambitions, it will need both organic and inorganic growth. But it’s far from a guarantee as rising expenses, difficult hybrid integration and product maturity are all going to be a challenge for the software giant.