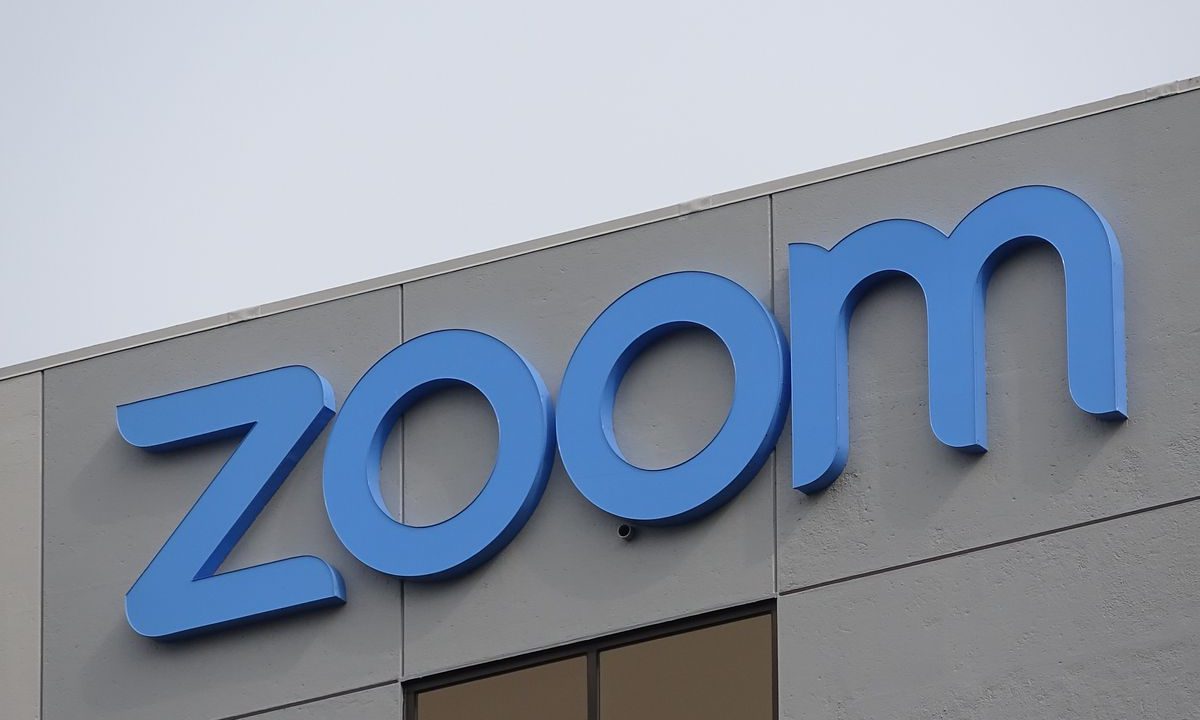 I really enjoyed “The Big Short.” This well done documentary film highlighted the mortgage meltdown and a small group of unusual characters that saw the collapse coming and their journey of betting against what popular sentiment at the time believed was an endless rise in the value of real estate. There was a scene in the movie where Michael Burry, an eccentric physician turned fund manager from California that was portrayed by Christian Bale, was confronted by a pair of his top investors in the fund for his wild short positions against the housing market.  Burry looks at them and says, “I may have been early, but I’m not wrong.” In reply he was told, “It’s the same thing.”

Over the past year, I have blown the whistle on Zoom a few times. Mostly falling on deaf ears or even being met with significant criticism. Some people confronted me in the public forums like social media or comments on blogs and others chose to be more tactful and sent me DM’s or text messages to illustrate their disdain for my harsh criticism of the company. Each time, I replied similar to Burry, that if Zoom doesn’t change its ways, this complete lack of concern for customer privacy and security will come back to harm it. I was early, but was I wrong? I didn’t think so.

For months after these discussions, Zoom remained a darling of the industry. It’s even a product that I use from time to time and have a paid account. I use it because it is easy and it works well and I’ve always said that when asked. In the modern internet era, customer experience has been a critical component to achieving mass adoption. Zoom CEO, Eric Yuan understands that. Yuan also was one of the founders of Webex, in case you didn’t know.  When he built Zoom, he knew making it easy and user friendly was everything. He got that almost exactly right. But the devil is in the details, or so they say.

COVID-19 Sucks, But Has Been Great for Zoom

COVID-19 led to an explosion of Growth for Zoom. In fact, pundits made claims like Zoom had replaced Skype as the Kleenex of video conferencing. To some extent it was true. Businesses large and small flocked to Zoom. This started with the company’s expanded offering to support China, long before the pandemic struck the rest of the world. Then it snow balled to schools, churches, non-profits, families and friends all took to the easy to use platform for video communications in their time of social distancing. The stock market took notice. From the 16th of March to the 30th of March the stock went up almost 53 points from around $107 to just under $160. At the beginning of February it was at a little over $87 after starting the year at $68.72. That means from January 1 to March 16, Zoom went up over 90 points while the Dow went from just under 29,000 to fall 30% to around 20,000 during that same period. It is safe to say the company benefitted a lot to the adjusted circumstances. This meant huge growth in users, paid subscribers and value–It’s market cap went to almost $40 Billion dollars. This was a perfect storm of growth factors. An easy to use platform that was sucking up users like a Dyson that was being sung the praises of Wall Street amidst one of the world’s great tragedies. I couldn’t turn on Jim Cramer without hearing about Zoom. It was almost too perfect, and then things started to unravel.

While my issues had largely been security and privacy driven. I had been mostly satisfied with the product. In the latter part of March, I recorded a podcast with Patrick Moorhead and we recorded it to the cloud, only to have an issue getting the file back. Trying to reach support was impossible. I had trouble tickets that to this day were still never closed out. The company’s chatbot had queue’s in the 500+ range so that wasn’t going to happen either. I finally reached out to the analyst relations team where I was told that there was definitely a challenge managing support, but that was all I was offered. I later told the Wall Street Journal that this had to be fixed or this kind of service could be the companies demise. (I said it in a constructive way despite the way a portion of my comment in The Journal made it sound particularly negative).

I digress… At this point the privacy issues weren’t even top of mind. However, getting support and my cloud files was my main priority. It took another four or five days to finally get the file back while never receiving a response from tech support. This was disappointing as a paid customer, but I wanted to be sympathetic to the company, which was dealing with staggering growth supporting business, education and personal communication needs. In the back of my mind, I kept saying that with all the money this company is making as its stock price soared, it should probably invest in some technical support staff–and it also seems some investments were needed in security and privacy as well.

For many of us, we heard about Zoom’s security issues differently. While I had been aware of the security issues of the past, including its Zero Day as well as its not so business friendly approach to selling user data to the likes of Facebook and Google (not very enterprise software like), it was the explosion of Zoombombing that really caught the attention of authorities and the media. People were just showing up in the middle of meetings, in some case where children may be present and started playing pornographic videos or doing other lewd and inappropriate things such as flashing swastikas.

While the behavior of the Zoombombers was sad, the question was how in the world did this even happen. I’m not going to reinvent the wheel on this as there are plenty of outlets you can learn more about the Zoombombing, but lets just say this sparked a flurry of Zoom push back, which started to boil over when the Attorney General of New York sent a letter to the company asking it to reveal its steps to make data safer and to secure the platform. From there it was a little bit like the part of the Big Short when the housing market started collapsing, the mortgage brokers were closing their doors and the big banks started teetering. The house of cards that is Zoom was completely exposed. Here is a reverse chronological rundown of the headlines..

These are just the highlights. For the full list and details, CNET had a great piece you can find here. The company could do no right. From sending data to Facebook to lying about end-to-end encryption to data breaches, the laundry list of issues can no longer be ignored, and the good news is that it isn’t.

The Early Privacy and Security Issues Were In Fact Bread Crumbs

In the end of the movie, Michael Burry was right. He saw the trend early and despite a wild ride that took his fund to the brink, his shorts made a massive return to his late hedge fund. His bets weren’t popular, because people wanted the economy and the housing prices to keep soaring. This is a little bit like how I feel about Zoom. I’ve been saying for a year that this couldn’t last. And for a while it got better. It looked like Zoom was going to race to $100 billion and who knows where it would go from there. And I’ll be the first to say it’s a great story. Eric Yuan seems like a great guy. The product is a modern day testament to good user experience. But there is so much that needs to be fixed. Security must be prioritized for real, privacy for enterprise customers must meet the industry standards, investments in support need to be made to handle growth and for crying out loud the apologies need to end. If the company does all of that, then maybe, just maybe, it can prevent being the biggest business bubble to burst in the wake of 2020’s COVID-19 pandemic. Time will tell…

NVIDIA GeForce Launch Should Accelerate Growth for its GPUs