With The Argus System, Microsoft Research and Collaborators Seek to Leverage Ethereum to Prevent Piracy 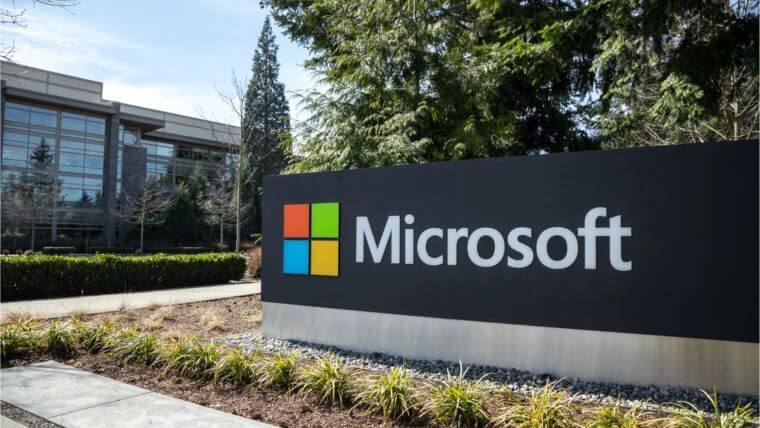 The News: The Argus system, presented by Microsoft Research Asia in collaboration with Alibaba, Carnegie Mellon, and East China Normal University in Shanghai is featured in a recently published paper outlining a fully transparent incentive system for piracy campaigns called Argus. Read the paper in its entirety here.

With The Argus System, Microsoft Research and Collaborators Seek to Leverage Ethereum to Prevent Piracy

Analyst Take: With the Argus system, a fully transparent incentive system for anti-piracy campaigns, Microsoft Research Asia’s focus on anti-piracy comes as no surprise. As the largest provider of end-user software, and with the Microsoft Office suite still being a huge revenue source for Microsoft, even though the company has diversified significantly over the years, it is to be expected that Microsoft is looking to explore new, innovative models to prevent piracy of its IP. While the model has benefits outside of purely just software and can include any copyrighted digital content, it is clearly the software business that will be the biggest beneficiary.

Despite the rise of new software models such as open source, the business of selling licenses to software is still going strong. With various sources reporting that approximately 30% of Microsoft’s revenue comes from Office and other commercial software, the incentive for Microsoft to fix this issue is obvious — the Windows operating system and Office productivity suite always having been top performers on any software piracy platforms. The push here by Microsoft Research Asia and others to establish anti-piracy measures is in line with long standing efforts. Perhaps what is surprising, however, is that the Argus System is a collaborative effort between Microsoft Research Asia, Carnegie Mellon, and China-based Alibaba and East China Normal University in Shanghai, where attitudes around IP protection and copyright infringements are often very different than how they are viewed in North America and Europe.

Blockchain is More Than Just Cryptocurrencies

While blockchain technologies are often seen as inextricably linked with cryptocurrencies, the distributed ledger foundation layer has uses far beyond being the underpinnings for hard money and decentralized finance. The use of blockchain is starting to move into other use cases, such as IBM’s food sourcing and tracking network Food Trust, and providing the backbone for new forms of digital art and entertainment with Non-Fungible Tokens (NFTs).

What these distributed ledger technologies (DLT) are perfectly designed for is when a number of participants who don’t necessarily trust each other need a system where every party can operate in a network without a central controlling party. This new paper released by Microsoft Research Asia, Alibaba, Carnegie Mellon, and East Normal University in Shanghai, is yet another perfect example. Built on the Ethereum blockchain, the Argus system aims to provide a trustless incentive mechanism while protecting data collected from the open anonymous population of piracy reporters.

The Challenge Argus is Trying to Fix

What is the challenge Argus is trying to fix? For many years, industrial alliances such as BSA, FAST, and FACT have tried to provide incentives to anyone who reports the illegal use or distribution of copyrighted software titles. One primary method to drive these efforts has been to offer bounties or other monetary incentives to drive people to come forward and report incidents. However, these programs have proven to be less than effective as one main problem exists, lack of transparency. The team behind Argus are trying to fix this transparency problem through leveraging an Ethereum-based blockchain approach where everything is recorded on a distributed ledger for all parties to see.

The Argus project identifies key participants in the arena of piracy content owner, licensee of the content and then everyone in the open population in which the content lives. The Argus project states that full transparency of a campaign to combat piracy is necessary to truly incentivize people. By this the researchers assert that every role, e.g., content owner, licensee of the content, or every person in the open population, can understand the mechanism and be assured about its execution without trusting any single role. The team behind Argus see this issue as one that is a perfect fit as a distributed system or blockchain.

The Argus system is built on the principle of enabling the backtracing of pirated content to the source with a watermark algorithm, which is detailed in the paper, enabling all parties to understand the provenance of the copyrighted material. The project also puts forward a “proof of leakage,” methodology that allows each report of leaked content to involve an information-hiding procedure. Through this approach, no one but the informer can report the same watermarked copy without actually owning it.

For me, the key feature is the incentive-reducing safeguards to prevent an informer from reporting the same leaked content over and over under different names to game the bounty award system. The Argus system effectively caps the reward, meaning that if anyone reports the same incident multiple times, they will not receive a reward greater than the initial reward.

One challenge of leveraging Blockchain models such as Ethereum is the transaction throughput volume. The research team seem to have fixed this throughput challenge by enabling the piracy reporting to be reduced to the equivalent cost of sending about 14 ETH-transfer transactions to run on the public Ethereum network, which would otherwise correspond to thousands of transactions. With an ever-increasing set of DeFi applications leveraging the core Ethereum blockchain network, this design is both future-proofing the approach and ensuring that network bottlenecks are not a barrier to further adoption

Argus, The Road Ahead

While I applaud the research team and in particular Microsoft Research Asia and Alibaba for funding this project, the widespread adoption and ultimately the success of this type of effort will come from network effects of widespread adoption. If the Argus system project is to move beyond a research project, regardless of how solid the underlying model, this approach will have to be adopted by hundreds of software vendors and content creators alike. While the model has key strengths and makes a lot of sense, and on the surface solves the core issues inherent in piracy, this adoption effort will take time and no doubt significant spend to reach its full potential. Obviously, with Microsoft and Alibaba behind it, this model is off to a good start, but this will take years, if not decades to reach widespread adoption.

The Broadband Future Is Fiberlicious