The U.S. Tightens Restrictions on 5G-related Technology Sales to Huawei 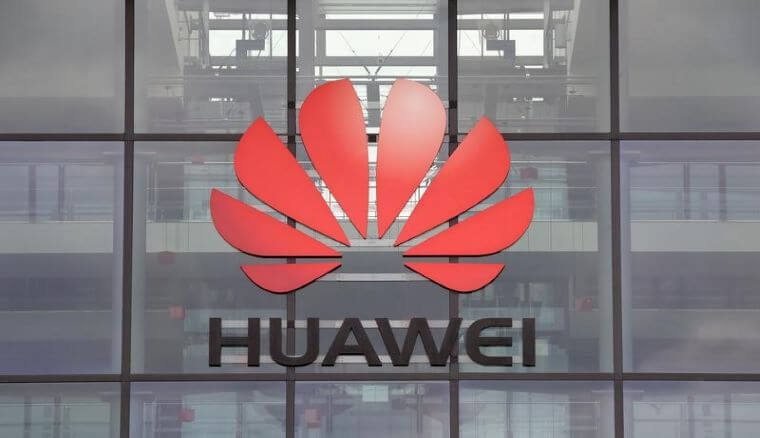 The News: Last week, the Biden administration notified a number suppliers to China’s Huawei Technologies Co. that the U.S. would immediately begin imposing more aggressive prohibitions on the export of semiconductors, antennas, batteries and other components intended to be used in or with Huawei’s 5G and 5G-adjacent products. These new limitations will affect previously approved export licenses obtained under the Trump administration. The new restrictions have reportedly been made effective immediately. Read more at Reuters.

The U.S. Tightens Restrictions on 5G-related Technology Sales to Huawei

Analyst Take: News that the U.S. tightens restrictions on 5G-related technology sales to Huawei effective immediately should not come as a surprise. Some companies had previously received licenses that authorized them to keep shipping 5G and 5G-adjacent components to Huawei, while other companies were subject to tighter restrictions. The Biden administration’s recent action, communicated last week, reinforces the administration’s hard line stance on exports to Huawei and seems intended to make previous restrictions on Huawei’s 5G products more uniform across Huawei’s would-be suppliers.

With regard to the scope of these prohibitions, the objective seems intended to level the playing field between companies, rather than some operating under one set of rules and others under another and ultimately making older licenses more consistent with more recent policies. Reuters confirmed that at least one amended license agreement explicitly restricts technology sales to Huawei that could be used “with or in any 5G devices,” meaning that the new rules extend beyond actual 5G applications to also encompass 5G-adjacent and 5G-related use cases. In another instance, another amended license prohibits the sale of technology to Huawei for any military use case, 5G applications, critical infrastructure use cases, enterprise data center use cases, cloud use cases, and even space applications. In addition to the above, new restrictions also limit the size of certain technology transfers to Huawei to 6 GB or less.

Pros of the New U.S. Restrictions on Technology Sales to Huawei. The new rules dispel the cloud of confusion that had plagued the Trump administration’s stance toward selling technology to Huawei, and appears to set clear, uniform, predictable rules for all would-be suppliers of the blacklisted Chinese company. Also, given that the U.S. government still labels Huawei as a national security threat, a more objective and consistent prohibition against selling 5G and 5G-adjacent IP and components to Huawei will probably result in a more effective attenuation of the alleged risk posed to the U.S. and her allies by Huawei.

Cons of the New U.S. Restrictions on Technology Sales to Huawei. A more aggressive and inflexible policy of restrictions against the sale of IP and components to Huawei is likely to hurt US companies that had previously obtained special government licenses and exemptions to continue supplying Huawei with critical technology.

U.S. Sanctions Against Huawei and China May be Entirely Politically-Agnositic

In an interview with MSNBC this month, the first since being sworn in, Commerce Secretary Gina Raimondo confirmed that the US would use the so-called Entity List, which identifies companies labeled by the U.S., government as national security risks or threats, “to its full effect.” William Reinsch, who served as undersecretary of commerce for export administration in the Clinton administration, and now works as a senior adviser at the Center for Strategic and International Studies adds that the Biden administration’s move last week is “correcting mistakes from the previous administration. There’s bipartisan support for a tough line on technology transfer to China, and this reflects that.”

In other words, while it is possible that the Trump administration might have relaxed its position at a later date and granted more licenses to sell technology to Huawei, the restrictions against Huawei inherited by the Biden administration was already severe to begin with. The Biden administration’s new uniform application of prohibitions against technology transfers to Huawei could, therefore, be seen as doing little more than injecting some much needed predictability and order to the Trump administration’s somewhat inconsistent management of its restrictions against Huawei. Companies whose existing export licenses find themselves impacted by the new rules, however, may see things very differently, and rightly so, especially with little to no warning or grace period to work with.

The effort to find the ideal balance between protecting U.S. national security interests and the need for U.S. companies to trade with China remains a study in trial and error. In this case, the Biden administration’s move toward prioritizing national security over trade should be seen as the latest adjustment in a long chain of adjustments, and could of course change over time.

One could also see the move as a negotiation tactic: Adopt a hardline position, put more pressure on your adversary, and relax your policy in exchange for concessions. I don’t think it is far-fetched to consider this tightening of export controls through that particular prism.

How this Problem for U.S. Technology Suppliers Might Resolve Itself

I see that there are two possible ways that the Huawei problem for U.S. technology suppliers may resolve itself in the next six to eighteen months. In the short term, this move by the Biden administration is likely to anger U.S. technology companies that had either managed to secure special licenses to continue selling technology to Huawei in a context that posed little to no national security threat to the U.S., or were hoping to lobby the Biden Commerce Department to grant them licenses previously denied by the Trump Commerce Department. In my view, there are two ways that this pain point for U.S. technology companies will ultimately come to a resolution.

In one scenario, the current posture will be temporary, and once the U.S. obtains worthwhile concessions from the Chinese government, restrictions on technology transfers to Huawei will see themselves relaxed once again. This could take anywhere between six to eighteen months, depending on what the Biden administration’s plan is with regards to U.S.-China trade relations. It is still too soon to tell but barring anything serious happening between the U.S. and China in that timeframe, I think that is a realistic window.

In the other scenario, by the time the U.S. and Chinese governments come to an agreement, Huawei’s importance to U.S. technology suppliers will have waned further and rising Chinese companies like Xiaomi and Oppo will have absorbed a significant portion of technology sales previously monopolized by Huawei. Xiaomi and Oppo have already begun to capture much of Huawei’s European handset market share (see my article linked below for a deeper dive on that), and I believe that this shift will continue to progress over the course of the next few years.

Does it mean that Huawei will completely disappear? No. But it does mean that if Huawei continues to lose market share and market power as it has in the handset space, other companies, specifically those on the Entities List, will take over every inch of market surrendered by Huawei. In addition to Oppo and Xiaomi, I am looking at Honor, formerly owned by Huawei, to pick up some of Huawei’s handset business as well. In other words, while it may not be ideal for US technology suppliers to lose a high-volume customer like Huawei, Huawei isn’t the only customer in town, and better options may be emerging already. In short, whatever pain caused to U.S. suppliers by the Biden administration’s new restrictions against technology transfers to Huawei may turn out to be mercifully short-lived. Stay tuned for more as this situation develops.

European Smartphone Market Down 14% YoY in 2020, Xiaomi and Oppo Appear to Be Gaining on Samsung

Moving on From Huawei, Honor May Find the Perfect 5G Mobile Platform Partner in Qualcomm

What’s in Store for Marvell Technology, Qualcomm, and Other Semiconductor Companies This Year