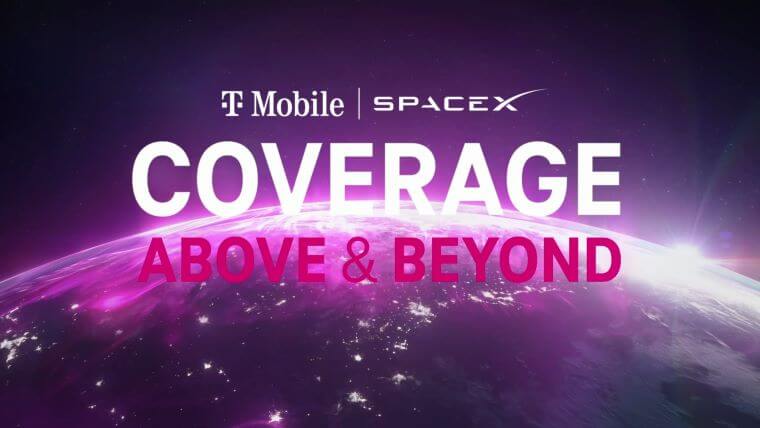 The News: T-Mobile CEO and President Mike Sievert and SpaceX Chief Engineer Elon Musk announced Coverage Above and Beyond: a new plan developed to bring cell phone connectivity everywhere. Leveraging Starlink, SpaceX’s constellation of satellites in low Earth orbit, and T-Mobile’s wireless network, the Un-carrier plans to provide near complete coverage in most places in the U.S. – even in many of the most remote locations previously unreachable by traditional cell signals. Read the T-Mobile Press Release here.

Analyst Take: T-Mobile and SpaceX are working together to address the challenge of eliminating dead zones across the global mobile ecosystem. Specifically, T-Mobile CEO Mike Sievert and SpaceX engineer Elon Musk announced their new alliance targets connecting the mobile phones that T-Mobile currently sells to a new constellation of SpaceX’s Starlink satellites. T-Mobile expects to offer the service for no additional charge on its more expensive plans with text messaging, including SMS, MMS, and participating messaging apps, designated as the initial offering.

Both partners are touting that at least half a million square miles of the U.S. as well as massive expanses of ocean lack mobile coverage from any provider. The partnership cites major factors that limit more extensive worldwide coverage include the huge size of countries such as the U.S., terrain barriers like mountain ranges, and land-use restrictions (e.g., national parks, nature preserves).

T-Mobile and SpaceX indicated they aim to begin testing the technology in late 2023 with the availability of commercial services currently undetermined. I see one major consideration is that SpaceX needs to obtain approval to launch its larger Gen 2 satellites which are designed to ensure the Starlink Internet service can deliver LEO communications to smaller form factor mobile handset devices across hard-to-reach parts of the planet. Current first generation Starlink satellites communicate with Starlink receivers around the size of pizza boxes.

I view the T-Mobile SpaceX partnership as an important collaboration advancing the ecosystem-wide objective of using satellite-to-phone communications to diminish dead zones as well as digital divides. Recently Qualcomm, Ericsson, and Thales joined forces to enable 5G smartphones to use 5G connectivity anywhere on the planet including worldwide coverage for wideband data services that only bandwidth-constrained satellite phone systems can reach today.

In this case, the trio envisions using low Earth Orbit (LEO) satellites to deliver 5G connectivity to remote areas and outer reach geographies encompassing oceans, seas, and any location where terrestrial coverage is wanted. I expect that global 5G non-terrestrial network coverage can broaden 5G smartphone subscriber roaming as well as further augment 5G use cases in key industry verticals such as energy, transportation, public safety, and the health sector. Moreover, the space-based network can prove well-suited to perform back-up support to terrestrial networks in the case of massive network disasters or outages.

Key Takeaways: T-Mobile SpaceX Above and Beyond Alliance

I believe the T-Mobile SpaceX Above and Beyond initiative can play a key role in reducing and ultimately eliminating dead zones in planet-wide mobile network coverage. Both T-Mobile and SpaceX are inviting operators worldwide to support T-Mobile’s commitment to offer reciprocal roaming to any provider willing to join their program. I look forward to monitoring and assessing progress with the Above and Beyond collaboration as well as ecosystem-wide support of satellite-to-phone connectivity and capabilities.

Qualcomm, Ericsson, and Thales Take 5G Out of this World