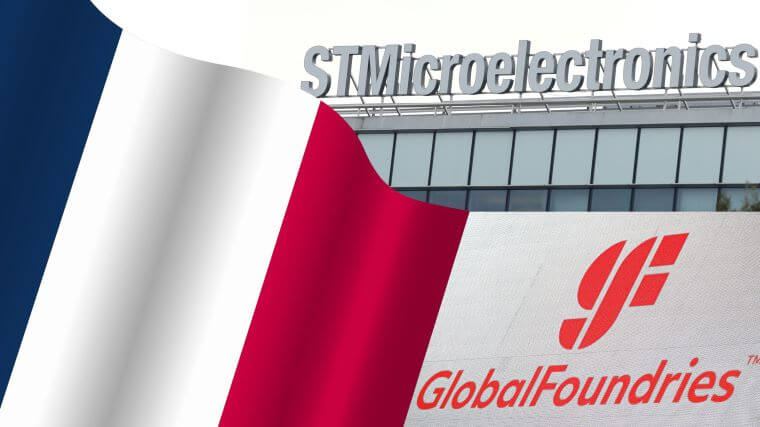 Analyst Take: This new chip plant to be built by STMicroelectronics and GlobalFoundries is big news for both companies — and for the customers they serve and follows similar announcements by other chip makers, including Intel. Since the Covid-19 pandemic began in March of 2020, semiconductor supplies for a wide range of industries, including vehicles computers, consumer products and more have continued to be in tight supply after chip makers idled factories due to pandemic shutdowns around the world.

Those chip shortages were compounded by pandemic-related supply chain slowdowns, consumer buying sprees that put products in short supply without hope of new production, and by tight labor markets which has made it difficult for companies to expand their production of goods.

So, when news pops about new chip plants and expanded chipmaking opportunities, the world is watching, listening, and applauding.

In this case, the new facility, which is slated to open by 2026, will target the European market specifically, while also serving customers around the globe. Plans for the new chip plant are coming at a good time for STMicroelectronics and GlobalFoundries to help them both support and advance Fully Depleted Silicon On Insulator (FD-SOI)-based chip design technologies. FD-SOI is a planar process technology that features an ultra-thin layer of insulator, called the buried oxide, which is placed on top of the base silicon. Next, a very thin silicon film implements the transistor channel. FD-SOI offers substantial benefits for designers and customers, including ultra-low power consumption as well as easier integration of additional features such as RF connectivity, mmWave and security, according to STMicroelectronics.

This new chip plant will help both companies grow their production and their markets in IoT, automotive, mobile, and other markets around the world, which is good for both device makers and consumers.

The new chip plant is also a success for Europe at a time when new chip factory efforts are being stalled in the United States due to politics and congressional inaction on the proposed $52 billion CHIPS Act that is currently awaiting government approval. The CHIPS Act would provide grants and tax incentives to encourage chip makers to expand their operations in the U.S. to help resolve the global shortages of chips.

The new STMicroelectronics and GlobalFoundries chip plant will receive contributions for construction from France and will contribute to the objectives of the European Chips Act. That Act includes a goal of Europe reaching 20 percent of worldwide semiconductor production by 2030, the companies announced.

It will be fascinating to watch this new France-based chip plant come together and go into operation to expand Europe’s chip making capabilities, especially when America’s own chip making expansion is being stalled by inaction on the U.S. CHIPS Act. We can only hope that this is resolved quickly, and that America will soon be able to make more announcements about similar chip expansion efforts of its own.

GlobalFoundries files for an IPO, But Don’t Rule Intel Out Just Yet

GlobalFoundries Rebrands at the Right Time