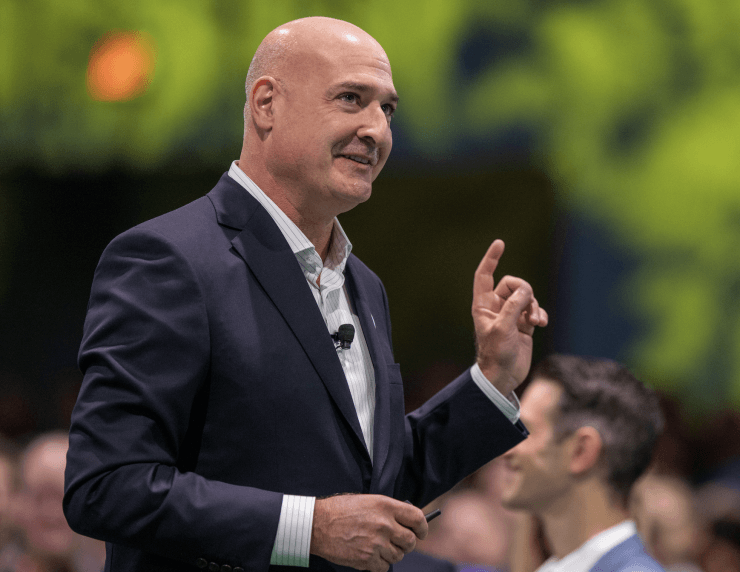 Revenue was up 35% in the quarter, which ended on January 31, Salesforce said in a statement. Read the full news item on CNBC. Analyst Take: The results for Salesforce weren’t surprising. The company’s performance was once again sound as its earnings came in positive today despite the turbulent trading over the past few days and the issues in China wouldn’t have made much of an impact on the company and given its supply chain isn’t nearly as vulnerable as hardware companies more dependent on hardware, the longer term may still be promising for the company. The company saw impressive revenue growth at 35% and its forward looking guidance will give confidence to investors and stakeholders as the company continues to provide and meet targets that the street feel good about.  Other highlights included another billion+ dollar acquisition and a slightly but not overly surprising announcement of the departure of co-CEO Keith Block. Salesforce Announces another Billion Dollar Acquisition Salesforce also announced another acquisition as the company shared that it has agreed to acquired Vlocity, a provider of cloud and mobile software built atop Salesforce, for an estimated $1.33 billion. Vlocity is a San Francisco-based startup that was founded in 2014. Today, the company has more than 1,000 employees, according to LinkedIn data. The above mentioned forward looking guidance for the next year was said to include the impact from Vlocity according to Salesforce’s finance chief Mark Hawkins, which provided the update on Tuesday’s call. I believe this was an interesting acquisition for Salesforce. Vlocity is known for its focus with specific vertical industries such as media, entertainment, healthcare and insurance (among others). As more and more providers of CRM and CX software have leaned in on industry specific applications, it doesn’t hurt for Salesforce to control the experience more closely. Vlocity was a focused Salesforce partner with its solutions being focused on the Salesforce platform. This will help the company compete in more specific verticals and possibly enhance the market view of competency in industries like the above mentioned that have become accustomed to tailored software from industry focused providers. Co-CEO Keith Block Steps Down The decision for Block to step down as Co-CEO at Salesforce comes at an interesting time.  It’s worth noting that during his time as Co-CEO the company performed well, grew significantly and made a big run of acquisitions. During his overall tenure the company quadrupled in size, so Block certainly was part of a leadership team that executed effectively.  Having said that, it’s hard to know really how to attribute the role of each Benioff and Block for many of those results. Benioff is also a larger than life persona and for me, it was always a curious decision for the two to share the CEO job. I felt from the beginning it would be hard for the two to be viewed truly as equals, but it was a fascinating experiment. Despite the sound results of the company during the past year and a half where Block shared the job, it is really hard to know what it may have been like behind the scenes. I wouldn’t be at all surprised to find there was some turbulence in the power dynamic between the two. Going forward, I really don’t see any significant impact on the external perception of the business based upon this move. Internally, Block appeared to be pivotal to operations, but the recent elevation of Bret Taylor appears to serve as an indicator that he is viewed by the board and Benioff as ready to step into that role held by Block prior to his elevation to co-CEO. I believe this may have been another influential part of this move by Block and Salesforce. Overall Impressions of this Quarter’s Earnings and Announcements Nothing crazy to see here. Salesforce hits on a day when nothing went well for the market and Block leaving the company is only slightly surprising. The acquisition of continues a spree of inorganic growth, but is a must if the company is going to meet its market promises. Futurum Research provides industry research and analysis. These columns are for educational purposes only and should not be considered in any way investment advice. Latest insights from the Futurum Research team: Apple Rumored to be Moving Mac Processors to ARM by 2021? Ericsson Enlists AI to Galvanize Energy Infrastructure Operations Quick Take: What you need to know about the EU’s newly proposed guidelines for Artificial Intelligence Image Credit: Salesforce