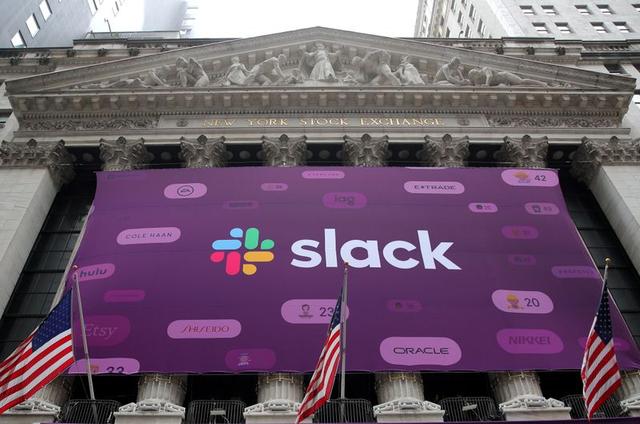 The News: Salesforce is in talks to acquire Slack, and a deal could be announced as soon as next week, according to a person familiar with the matter.

Shares of Slack closed almost 38% higher Wednesday after the Wall Street Journal first reported that Salesforce held talks to buy the company. Salesforce, whose stock closed down 5% on Wednesday, is scheduled to release its fiscal third-quarter earnings next week.

Analyst Take: On what was expected to be a rather tame day for business, just ahead of the U.S. Thanksgiving holiday, the reported news that Salesforce may be in to complete its largest deal to date, acquiring Slack kept the market on its toes through the close.

Slack, a company that I have largely been critical of, not due to its technology, but its lack of growth while the likes of Zoom, Cisco, and Microsoft exploded during a year where employees and students everywhere were forced to work at home. This led me to believe that Slack would be unlikely to ever return to the triple-digit growth rates and the needed revenue growth of six and seven-figure monthly enterprise customers and, therefore, no real path to profitability.

The street seemed to feel the same ahead of this news as the stock had been slow to rebound and had seen adverse reactions to its most recent earnings reports.

Salesforce, meanwhile, has been on an inorganic growth terror with the objective of diversifying and growing to continue to be a high flying component of the DOW 30. It has shifted its business since acquiring Tableau, which took it from a pure SaaS play to a more hybrid enabled toolbox. This wasn’t a natural fit for the company at the time. Still, as hybrid architecture continues to prevail, it was much needed for Salesforce as the lack of an infrastructure offering needed to be bridged.

Furthermore, Salesforce sees increased competition from Microsoft in its core business. With Microsoft seeing its Teams numbers grow by over 100 million in 2020, Salesforce has been looking for the killer app to drive faster user growth. To me, this is where Benioff sees Slack. The revenue growth won’t be overly significant with Slack at under a billion a year, but the user growth and “cool factor” shouldn’t be underestimated in a deal like this.

Overall, it’s not a completely natural fit, but there is a foundation for this to work. Over a year ago, I had predicted that Slack could be a fit for Salesforce. I also saw Zoom and, to a lesser extent Microsoft as potential suitors. The move is a big one, and Salesforce could be taking advantage of Slack’s somewhat stagnant situation. I think this will ultimately happen as the reporting here almost indicates the deal to be complete.

Watch: In this video (~6 minutes), I provide a deep dive into the deal and why there are many strengths and few potential pitfalls in a deal of this size.