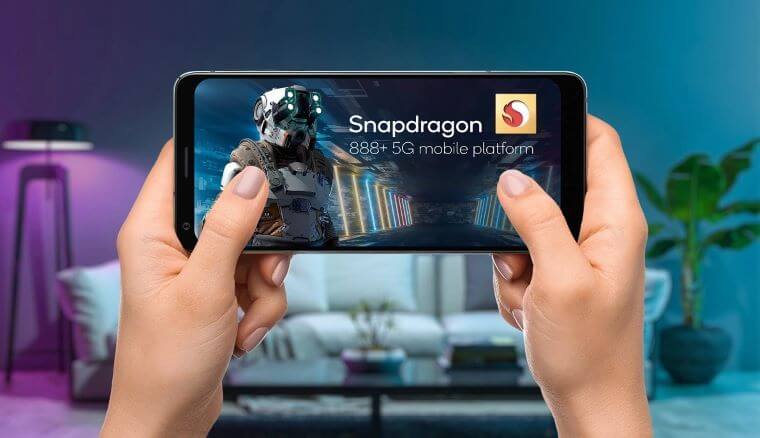 Analyst Take: While I expect that Qualcomm will release an entirely new premium 5G mobile platform at its Snapdragon Summit later this year, the introduction of the 888+ barely seven months following the introduction of the already impressive Snapdragon 888 demonstrates the speed with which Qualcomm engineers are able to build on an existing platform’s performance to provide even more value and features to Android OEMs, and ultimately to consumers, just because they can.

On one hand, I want to be most impressed by the near-3GHz CPU clock speeds (2.995 GHz to be exact) achieved by the 888+’s Kryo 680 CPU. The value of this particular performance upgrade, likely achieved by optimizing hardware efficiency, will be felt by users whenever they open social feeds, load games, or access their favorite content, and not merely in terms of experiencing faster processing speeds but also in terms of longer battery autonomy, thanks to a hyper-efficient 5 nm process and Arm Cortex-X1-based architecture.

On the other hand, I lean toward being even more impressed by Qualcomm’s 6th generation AI Engine jumping from 26 TOPS to 32 TOPS in a period of just a few months. This platform’s AI engine now delivers a whopping 32 trillion operations per second. In a smartphone. I know that it’s easy to get jaded about chipset performance these days, but let’s take a minute to consider how much of an engineering achievement this is. With 32 TOPS at its disposal, the Snapdragon 888+ should be capable of simultaneously running multiple neural networks, which should significantly improve device performance across a breadth of features, from entertainment and mobile gaming to photo and video capture.

Speaking of photo and video capture, the Snapdragon 888+ comes with Qualcomm’s Spectra 580 Image Signal Processor, triple 14-bit ISPs, up to 2.7 Gigapixels per second computer vision ISP (CV-ISP), and up to 200 Megapixel Photo Capture. I am curious to see which OEMs will push the limits of what the Snapdragon 888+ can deliver on this front. Just because this level of performance is available doesn’t mean it will automatically be implemented. What this translates to, in terms of real user features, is a series of options: up to 28 MP triple cameras at 30 FPS with zero shutter lag, up to 64+25 MP dual camera at 30 FPS with zero shutter lag, or up to 84 MP single camera at 30 FPS with zero shutter lag. In burst mode, these specs should translate to 120 photos per second at 12 MP.

I get excited about camera performance because so much of what consumers do with their phones revolves around photo and video capture, editing, and sharing, but the Snapdragon 888+ also features Qualcomm’s blisteringly fast Snapdragon X60 5G Modem-RF System, which supports both 5G mmWave and sub-6 GHz bands in both standalone (SA) and non-standalone (NSA) modes, FDD, TDD, Dynamic Spectrum Sharing, and global 5G multi-SIM for downlink speeds of up to 7.5 Gbps and uplink speeds of up to 3 Gbps.

My single disappointment is that we will have to wait until later this year to see Qualcomm’s recently announced 10 Gbps x65 modem-RF system find its way into premium Snapdragon 5G mobile platform, but for now, the X60 will do just fine for this upgraded version of the 888. 7.5 Gbps is insanely fast as it is. I can’t help but look forward to the Snapdragon Summit, where Qualcomm will likely introduce its next generation of 5G mobile platforms, presumably capable of achieving 10 Gbps downlink speeds. Given the improvements between the Snapdragon 888 and 888+ already, quite possibly 20-35% improvements in CPU, GPU, and AI performance over the 888+ 6 months in Qualcomm engineering time these days seem roughly equivalent to the kinds of advances that used to take 12-18 months to achieve. It’s impressive.