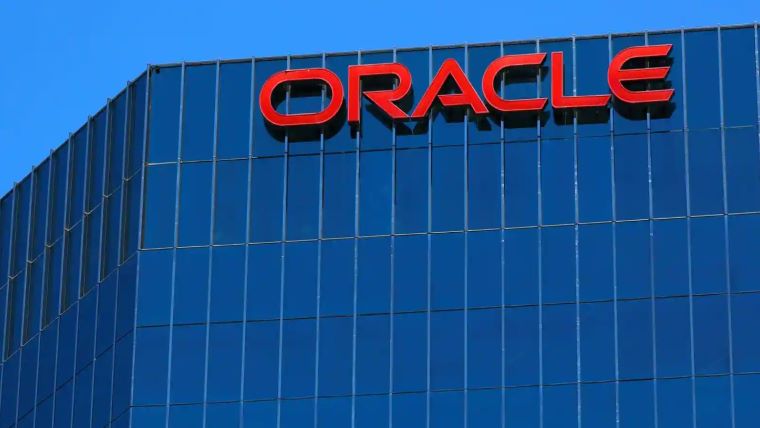 Oracle’s revenue increased 4% from a year earlier in the quarter, which ended Feb. 28, according to a statement. Net income declined 54% to $2.32 billion.

Analyst Take: Oracle had a tremendous run in 2021 as the company fired on all cylinders and saw material sentiment change as its cloud business found footing surpassing $10 billion a year in run rate revenue.

Beyond the strength of cloud, Oracle, which benefits from more than 70% of its revenue falling into the “recurring bucket,” also delivered shareholders a number of wins through buybacks, dividend increases, and of course a steady dose of beating expectations on the top and bottom line.

This quarter was the first in some time that didn’t beat on both the top and bottom, but the miss on the bottom was relatively small, and in this case was tied to certain strategic investments that Oracle had made and had to realize as many growth companies have seen steep decline in their market value.

Overall, Q3 was solid, albeit not a blowout quarter. Not much for investors to be concerned with though.

Breaking Down the Business Segments

Oracle’s business breaks down into four categories. The company’s two biggest revenue buckets, Cloud services, and license support, representing 73% of revenue this quarter and cloud license and on-premise license representing 12% of the company’s revenue, the cloud licensing saw growth this quarter while premise based contracted somewhat considerably. The other two groups, which are both sub 10% of revenue, saw mixed results, with hardware declining 3% while services were up 7% YoY.

Despite the pullback from some of the smaller segments, seeing 85% of its revenue from cloud and services helped propel Oracle to another quarter of mid-single-digit growth. The cloud services and license support segment delivered $7.637 billion in revenue, once again growing 5% on an annualized basis.

Revenue from its cloud and on-premises licenses came in at $1.289 billion for the quarter, which represented a slight increase versus last year’s $1.276 billion in the same quarter.

Oracle continued with its new transparent outlook on its Cloud business announcing 24% revenue growth YoY for its overall cloud business, hitting $2.8 billion for the quarter. Oracle’s Cloud business is demonstrating strong momentum and each quarter is showing significant mid-double digit growth earning the right to be a clear contender to be the third cloud after AWS and Azure. While Google Cloud may hotly contest this, Oracle is competing on revenue, and unlike Google which is in full on top-line growth mode, its cloud business is profitable.

Another continued bright spot for Oracle has come from its cloud applications businesses, which continued their rapid revenue growth with Fusion ERP up 33% and NetSuite ERP up 27%, a continuation of 35% and 29% from the previous providing confidence that momentum is behind continued growth for these cloud-based services. This quarter’s growth coincides with the company seeing these businesses now support more than 8,500 Fusion ERP and 28,000 NetSuite ERP customers in the Oracle Cloud, which were the Q2 numbers–that number likely jumped in Q3.

In Q3, Oracle saw growing adoption of its SaaS portfolio, including Netsuite, Fusion Apps, and Oracle Cloud Infrastructure, including Cloud@Customer. Each quarter, I continue to closely monitor new wins that are reported by Oracle. This quarter the company revealed another string of big customer acquisitions and expansions.

A few of the highlighted customer wins from its earnings release: (abbreviated and quoted per the Q3 ER)

Each quarter I review the various customer wins and find value in learning details of Oracle’s wins across its portfolio and providing concrete examples of what solutions across its portfolio are being adopted. Customer proof serves as an indicator of a company’s trajectory and market uptake, especially as Oracle seeks to prove itself as an impact player in the cloud.

Oracle’s 5% growth this quarter marks a slight slowdown from last quarter’s 6% growth. The pattern of revenue has been solid overall and I continue to see a more bullish outlook as material growth is coming from its SaaS and Cloud portfolio, and this quarter’s update should encourage investors and customers alike as Oracle’s cloud investments are starting to be more visible in the earnings results.

For its fiscal ’22 Q4 guidance, the company said it is expecting fiscal first-quarter adjusted earnings of $1.35-$1.39 per share and the equivalent of 3% – 5% revenue growth on $11.76 billion in revenue. I believe the guidance is conservative but in the target range as recent guidance has been consistently in range. This quarter the company came in just above last quarter’s guidance. I also expect the cloud and SaaS growth areas like Fusion and Netsuite and Gen2 Cloud + autonomous database to help carry the growth number for Q2 once again–Which is what Oracle and its shareholders should be hoping to see.

As we are continuing to get more visibility into the company’s cloud business growth including clearer insights on revenue and customer growth, the path to a more robust business only becomes more evident. As I said earlier in this commentary, Oracle is a company that operates with around 70% of its revenue being recurring in nature. Add in higher yields, buybacks, and continued upward momentum, there is a lot to like about Oracle’s prospects both short and long term..