Oracle and Walmart Deal Indicates TikTok is Back in Business in the U.S. 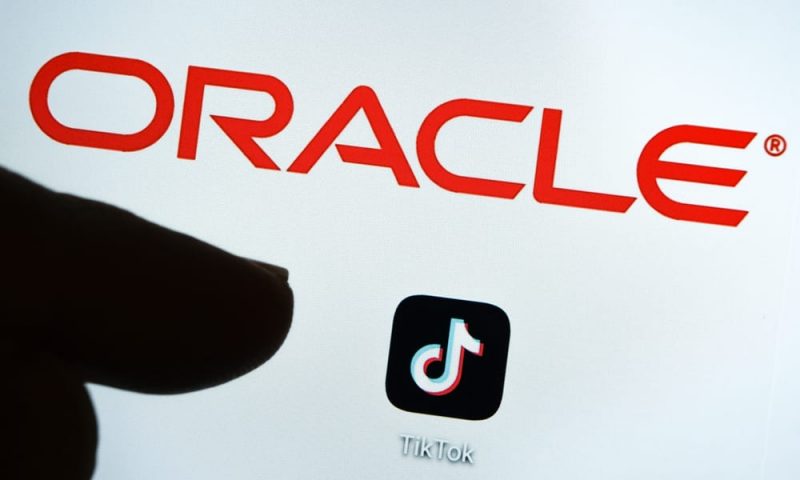 The News: President Donald Trump said Saturday that he has in principle approval a deal where enterprise software maker Oracle and retail giant Walmart will partner TikTok in the U.S. Shortly after the president’s comments, Oracle said it was chosen as TikTok’s secure cloud provider and will become a minority investor with a 12.5% stake in the company. Read the news story on CNBC.

Analyst Take: This situation is quickly evolving and almost as fast as you can put some thoughts on paper, you will find yourself hearing changes to the story or new possible headwinds in getting this deal done. You can be sure this won’t be the last piece we will be writing here about the deal.

This Deal is not an Oracle Acquisition of TikTok

There has been a lot of speculation as to what type of deal this would be. Initially, the plan was for a buyer, be it Oracle or Microsoft to purchase the U.S. based operations of TikTok. Based upon the latest, this will not be an acquisition, but a new entity, “TikTok Global,” which will be a spin off of U.S. and many other regional operations of the company.  Oracle and Walmart will be investing into this new company. So in short, Oracle did not buy and is not buying TikTok—but it is investing in the company.

The deal itself will be structured as following:

Oracle will hold a 12.5 percent stake in TikTok Global at its inception and will also serve as the cloud hosting provider for the new entity. Walmart will hold another 7.5 percent stake. The remaining 80 percent will be held by ByteDance. The new company also plans to launch an initial public offering of stock before the end of 2021. That is what we are being told is the plan for now.

It is important to note that  40 percent of ByteDance itself is held by US investors. Mathematically speaking, the 40% with the addition of the 20% that will be held by Oracle and TikTok, enables the claim that the ownership of TikTok Global would translate to about 53 percent being held by US investors, thus giving the US majority control–It is still hard to tell if this is going to suffice in the eyes of President Trump and those overseeing the deal.

TikTok Global Drives Value Back to the U.S.

According to the reports, TikTok Global plans to create 25,000 US jobs as part of an expansion of its global headquarters, which will remain in the US (Texas has been suggested in various reports). TikTok Global will pay more than $5 billion in new tax dollars to the US Treasury, according to a release from Walmart. It will also create an educational program to “develop and deliver an AI-driven online video curriculum” that includes courses in math, reading, science, history and computer engineering for children.

I believe these are positive steps to make the deal more palatable for those still concerned about how this helps domestically. I am a bit curious as to the means for creating such a volume of jobs. While Facebook, which is much larger in size than TikTok has 52,000 employees, Twitter and Snap, which are more similar in size, both have less than 5,000. This will be an area to keep an eye on as this level of commitment for job creation may be difficult to achieve once the deal is complete prior to substantial growth for TikTok Global.

Oracle Gen 2 Cloud a Big Winner in This Deal

Something I didn’t spend much time on in this piece, but is extremely important to point out, is how good this deal is for Oracle and its perception. Throughout the last year, Oracle has seen a few historic wins in the cloud as its 2nd generation cloud has received a lot of kudos in comparison to its previous generation. Most notable win for Oracle Gen 2 Cloud was Zoom, but also McDonalds was a recent win that was pointed out in its Q1 earnings. This deal will mean that Oracle will be the secure cloud provider for one of the world’s most popular social media apps. It is also one of the most questionable security wise, and Oracle will be the trusted U.S. partner to make it safe(r) for its users. This immediately lends credibility as Oracle will be able to tout itself the cloud provider for two of 2020’s biggest winners of the unfortunate pandemic–Zoom and Tiktok. Things could really be looking up for Oracle Cloud and this may come back to be a pivotal moment.

There are a lot of unknowns that remain in this deal. While there are early indications that this deal has been blessed by President Trump, there are still some conflicting reports about a requirement for the U.S. companies to hold a majority stake in the business, which hasn’t technically been met by the initial 12.5% for Oracle and 7.5% for Walmart, however, based upon the distribution of ByteDance shares to current investors, along with the Oracle and Walmart investments, will be achieved.

The placement in Oracle’s Gen 2 cloud will be huge for Oracle. For Walmart, there are inklings of an e-commerce play, but I’m still a little more uncertain as to how that will play out. Nevertheless, it has been quite a few months for this evolving situation. We shall see if things are locked and loaded on the 27th of September as that date is the next big milestone for finalizing a deal that meets the expectations of President Trump.