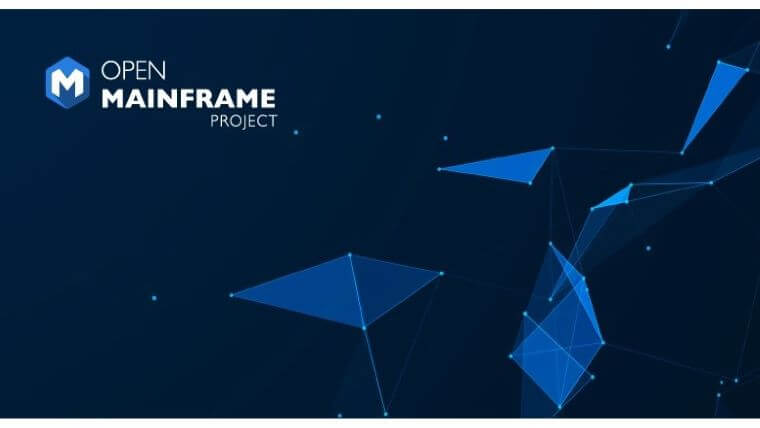 Analyst Take: Since its launch in 2015 the Open Mainframe Project (OMP) has endeavoured to be the home for Open Source on the mainframe. In the early days of the project the concept of true open source was largely new to the mainframe community although the roots of collaboration go back within the community all the way back to the genesis of the SHARE conference back in 1955. However, the community has embraced the open-source movement with both hands and the latest announcements on project progress announced to coincide with the launch of the 2nd annual Open Mainframe Summit demonstrate this progress.

The Open Mainframe Project sits under the umbrella of the Linux Foundation and has a similar structure to more high level projects such as CNCF and Hyperledger, albeit with smaller project budgets and membership rosters. This collaborative project structure is the secret sauce of the Linux Foundation, it allows projects such as OMP to leverage shared services, legal support and back end infrastructure which would be hard, if not impossible, for stand-alone projects to maintain if they were to try and go it alone.

The mainframe was for decades the poster child for closed and oftentimes singled source code. In the 1960’s and 70’s IBM was pretty much the only game in town when it came to the software stack. Then as the decades moved on a raft of ISV’s sprouted up, either with single products or whole suites of products to run on the platform. However, the big inflection point for the platform came in 1999 when a skunkworks project out of the Boeblingen labs within IBM brough Linux to the s390x chip architecture. This porting of Linux to the platform saw IBM even launch a dedicated range of mainframe hardware called LinuxONE that solely runs Linux back in 2015.

However, despite Linux running on the platform for 20+ years this is hardly true full-scale adoption of the open source ethos. You have to go back to LinuxCON in Seattle in 2015 to track this inflection point. At what is now known as Open Source Summit, the Open Mainframe Project was launched with an 80,000 line code contribution from IBM and 14 founding members.

Wind forward to today and more than 105.31 Million Lines of Code written and over 9,600 commits submitted by Open Mainframe Project communities so far in 2021 alone, representing a 100%+ increase over last year with an increased number of active participants in the 20 project and working groups. The OMP has firmly established itself as the natural home for open-source collaboration and community advocacy for the platform.

Not just about Linux

I had the chance to chat to John Mertic, Program Director at the Linux Foundation about the mission of the OMP and how the Summit was going and he stressed that the project is growing in contributor diversity, projects coming online and overall impact within the mainframe space. We talked about the momentum this year in the mainframe space and in particular the focus on the project of driving z/OS based innovation. One example of z/OS advocacy and community outreach is in the COBOL space. COBOL is still one of the most widely adopted and mission critical languages ever deployed and despite recent unfounded and uninformed press coverage still provides the backbone for many banks, government institutions and other large enterprise workloads.

The COBOL Working Group, launched in 2020 was the OMP response to the increasing interest in COBOL and also to address any misinformation pertaining to the long standing language. I wrote back in early August about how the Project had been able to mobilize and work with Congress to propose the Grace Hopper Care for Us bill and the project is continuing to invest in COBOL advocacy with a recent survey and further investment in training the programmers of tomorrow through the COBOL Programming Course.

If COBOL is to maintain its position as a crucial backbone of many mission critical systems then skills shortages need to be addressed, too long has this issue fallen at the feet of IBM to resolve. Only through a community driven approach which is inclusive of vendors and academia will these shortages and the perception around this issue be resolved.

The press release from the OMP highlighted a couple of encouraging areas to focus on when it comes to adoption of Zowe and expansion of the overall code base. The Zowe Conformant Support Provider Program gives vendors the ability to showcase their Zowe support competencies. This program is crucial as mainframe shops are very unlikely to promote open source, regardless of how robust it is, into production without the existence of a support contract and provider. IBM and Broadcom are obvious players in providing Zowe support as they both have the skills, existing relationships and also have been with the Zowe project from its inception.

The three primary Linux distribution that support the s390x chip architecture are, not unsurprisingly, provided by SUSE, Red Hat and Canonical and while efforts have been made to port other distro most notably CentOS and Alpine in the past the mainframe has longed need more community driven non-commercially focused Linux variants to support the platform. I am therefore encouraged to read that the OMP is establishing a Debian s390x Working Group to oversee the maintenance of the s390x port to ensure it remains an official architecture for Debian, with the long-term goal to secure an official maintainer who will lead the engagement and share resources and perspectives of the Debian project community.

The Future is Open

If the mainframe is going to continue to be a first-tier participant in the modern hybrid cloud landscape then the platform must embrace open source and the rapid pace of innovation that it brings. While the progress of the Open Mainframe Project is encouraging and continues to build year over year, I would like to see more clients playing an active role in the project. While the Linux Foundation certainly has a role to play with customer recruitment, the majority of the burden for vendor recruitment needs to fall on the key vendors such as IBM, BMC and Broadcom. I will be tracking the adoption of open source by key mainframe clients in subsequent announcements as a KPI on whether open-source projects such as Zowe and many others are gaining traction beyond the software vendors and being deployed in mission critical client environments.

The announcements coming out of the Summit this week are yet another proof point that despite the persistent rumours and misinformation about the demise of the mainframe it quietly continues to go from strength to strength and reimagine itself to address the requirements of mission critical computing requirements. If you want to get an overall view of the vibrancy of the Project and how the various vendors are taking an active role check out my panel discussion with IBM, BMC, Rocket Software, and Broadcom here.