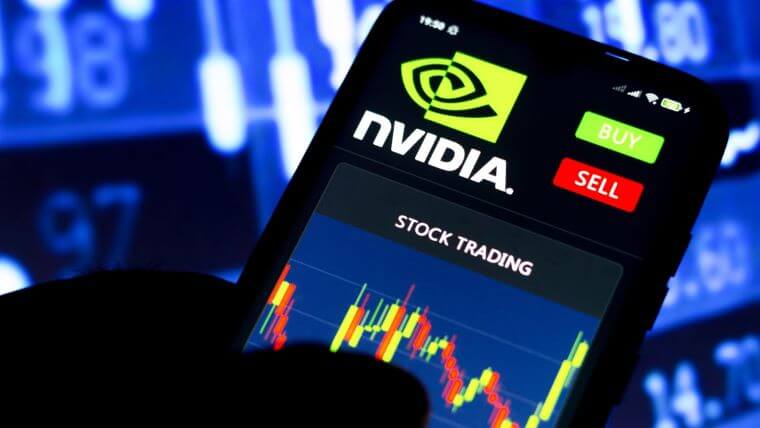 The News: NVIDIA revenue hit $5.9 billion for the third quarter of fiscal year 2023 in the company’s latest earnings report, down 17 percent from $7.1 billion one year ago as the GPU, AI, HPC, and supercomputing vendor continues to see post-pandemic effects on its financial bottom line. The overall revenue weakness did beat analyst estimates, however, and NVIDIA did see a 31 percent increase in revenue in strong data center sales. Read the full earnings Press Release from NVIDIA.

Analyst Take: NVIDIA revenue for Q3 of fiscal year 2023 was down, but it was not unexpected as the company has been seeing these adjustments since Q2. So, what happened? It is simple economics — when the Covid-19 pandemic began in March of 2020 and people around the world were at home during government mandated lockdowns, NVIDIA and many other companies saw huge sales increases because in part people sought activities they could enjoy indoors. For NVIDIA, that meant sales increases in gaming GPUs as years of normal demand were transformed quickly into massive immediate demand, boosting revenue and sales in ways executives largely did not see coming.

As the pandemic began easing and life began returning to a new normal, NVIDIA’s normal sales have been lower due to the buying saturation that took place during the pandemic’s worst days.

For NVIDIA, this scenario was an unfortunate after-effect of those earlier sales, but it is certainly not an indicator of the company’s future once its sales again begin re-aligning with normal gaming and other product demand.

Despite the company’s lower earnings figures for Q3, there is still plenty of fight, innovation, and ongoing sales success coming for the tech powerhouse known as NVIDIA.

Here are the NVIDIA Q3 earnings figures by the numbers:

Putting this in perspective, the changes in NVIDIA’s revenue in just three quarters of fiscal year 2023 are dramatic. In Q1, NVIDIA revenue hit a record of $8.28 billion for the quarter, which was reported in May of 2022. Just a quarter later, revenue dropped 23.5 percent to $6.7 billion in Q2, followed by a 12.9 percent drop to $5.9 billion in Q3.

What fueled these drops was reduced sales due to a major leveling out on post-pandemic demand, and not something caused by NVIDIA.

Those revenue drops contrast dramatically from NVIDIA’s revenue reports as they soared during the worst of the pandemic from 2020 to 2021. In the fourth quarter of fiscal year 2020 in February 2020, just before the pandemic began, NVIDIA posted Q4 revenue of $3.11 billion, which was up 41 percent from Q4 FY2019 revenue of $2.21 billion. Over the next quarters through Q1 of FY23 this past May, the company consistently set new revenue records over and over, fueled by global demand and rising gaming revenue during the pandemic.

We are confident that NVIDIA will wade through these turbulent waters as continuing post-pandemic macroeconomic issues affect markets, consumer spending and other challenges that are also being faced by every other technology and consumer company.

NVIDIA’s revenue in Q3 by market segments makes it clear where customers were spending their money on NVIDIA products in the latest quarter.

NVIDIA’s revenue in its data center business rose to $3.83 billion, up 31 percent from $2.93 billion one year ago, which was good news for the company, especially due to the contraction in its overall revenue and consumer gaming business. Its product innovations in GPUs, AI, machine learning, HPC, and supercomputing continue to spur market growth, and its continuing road map of new products and technologies is driving its business forward in visible ways.

NVIDIA revenue in gaming saw Q3 revenue at $1.57 billion, down 51 percent from $3.22 billion one year ago. This is the segment that contributed most to the company’s lower overall Q3 revenue total. A big part of the adjustment here is tied to a slowing in crypto currency, which for a period of time was a large revenue generator for NVIDIA gaming GPUs. However, as Bitcoin moved to an ASIC and Ethereum went proof of stake, plus the utter dismay of the crypto market, the mining revenue has dried up—at least for now. But as we said earlier, we see a good part of this, as related to gaming, as just a cyclical adjustment and certainly not a rebuke of NVIDIA and its powerful GPU technologies in the gaming marketplace. NVIDIA began addressing this issue in the last quarter when it announced that it will continue to reduce these inventories as the gaming market shakes out and normalizes again.

The automotive market for NVIDIA was a highlight. In Q3, automotive brought in revenue of $251 million, up 86 percent from $135 million in Q3 2021. This is continuing healthy growth for the company in a segment that will be growing for a long time due to its Drive Orin platform, its ADAS and Automotive platform technology, and other products in its pipeline.

The professional visualization market saw Q3 revenue of $200 million, which dropped 65 percent from $577 million one year ago. Despite this setback, this market, which includes NVIDIA Omniverse and other metaverse offerings, will certainly grow again in the future as NVIDIA continues to bolster and broaden its expertise in this rapidly expanding field. The demand for digital twins and other key simulation and autonomous technologies powered by Omniverse Software will continue to rise in demand. Therefore, we believe that the company’s vision for useful and valuable metaverse technologies for enterprises will accelerate based upon continuing advances in next generation connectivity and software development that will find expanding use cases in businesses of all kinds.

As part of its Q3 revenue and earnings report, NVIDIA also provided earnings guidance for the fourth quarter of FY23.

Back in August, NVIDIA warned that its revenue would be falling due to weakness in the gaming market as well as challenging geopolitical and economic times, so its Q3 gaming numbers were not a shock. As the post-pandemic economy continues to normalize, we see this trend continuing until things even out in the marketplace. The crypto fall out and the supply glut are certainly worth keeping an eye on, but we have confidence that Jensen Huang and his team will situate quickly and get the company back on the right track.

While not a great overall result, we believe this is a blip in its performance and is rooted in economic challenges being faced by many other tech companies as business continues to shift after the last three years of tumultuous pandemic-driven pivots.

We view NVIDIA as well-equipped to weather these continuing developments, guided by strong and insightful leadership and a broad and diverse product portfolio with brilliant technology in GPUs, AI, supercomputing, data centers and more.

We continue to reiterate the strength of enterprise tech for its deflationary properties as a strong bifurcation from consumer tech names that have been hard hit by inflation and fiscal policy, and NVIDIA remains strong despite the gaming market headwinds that have struck.