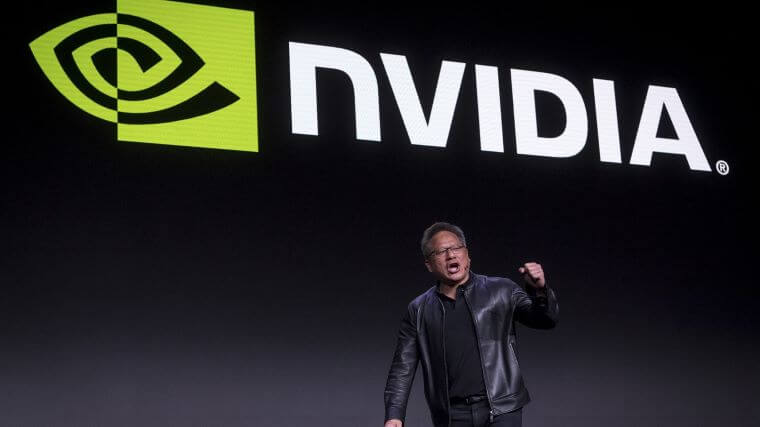 Key is Mellanox, After Deal Closed More Than a Year After Being Announced

To me, it is evident that this acquisition — the largest ever done by Nvidia NVDA, +0.60% — instantly strengthens the company’s prospects for revenue growth and market-share gains as we enter the next phase of datacenter technology.

I spoke with Nvidia CEO Jensen Huang as the deal closed to better understand his vision of the deal, and I agree with him on how this deal will not only help the company improve its position in the datacenter category but also help it withstand market turbulence caused by the ongoing COVID-19 pandemic.

Recall that the acquisition, announced more than a year ago, was part of a fiercely competitive bid with the likes of Intel and Xilinx. It finally closed after Chinese regulators gave these two companies the final go-ahead needed to complete the deal. The acquisition moved Nvidia from a provider of datacenter compute to a provider of datacenter compute and networking, adding $11 billion to the $50 billion in total available market that Nvidia had been pursuing.

Today, the datacenter business comprises of clusters of computers (servers), storage, and networking. The next phase of datacenter technologies is based upon the following shifts:

Datacenter architecture will be different in the future due to greater demand for AI and the desire for deployment of AI in the Cloud, where processing is data-intensive. In its simplest terms, AI is software that learns from programming and, more importantly, data; with more data, we get better AI. The computing required to handle the massive data and migration of data will need to be incredibly powerful, and one problem is the data often is in storage that isn’t immediately accessible by the servers.

This is where the acquisition of Mellanox becomes incredibly important. Many are familiar with Moore’s Law, where speed and capabilities of compute should double every couple of years while prices decline. However, Moore’s Law has slowed considerably over the past few years. This has driven up the need for special accelerators — like datacenter GPUs — so hyperscale cloud and enterprise datacenters can handle the compute-intensive AI workloads that health care, government and business are going to demand. As data continues to grow exponentially, the compute and storage capabilities will need to be tied together by a network fabric precisely like the one that has been built by Mellanox and has already been tuned to work with Nvidia.

All the computing power in the world won’t matter if the network can’t harness it. Nvidia plus Mellanox makes that achievable with more than just hardware — in a nutshell, this combination is the most comprehensive software for AI and Networking. I expect Mellanox to be able to handle the networking needs of even greater volumes of Nvidia-based clusters. This is a very important competitive advantage, as it will enable Nvidia to immediately support customers’ AI-intensive computing needs and in turn put pressure on the likes of Intel INTC, +0.01% and Advanced Micro Devices AMD, +0.32%. In terms of the high-performance ethernet switching where Mellanox played, I see Broadcom AVGO, -0.20% and Extreme Networks EXTR, +6.85% as the two competitors that will be hit hardest from this acquisition.

Mellanox’s customer list for its networking technologies in the cloud was already a veritable who’s who of big tech brands, including Amazon.com’s AWS, Microsoft’s Azure, Alphabet’s Google, Alibaba and Oracle as well as equipment makers like Hewlett Packard Enterprise, Dell, Cisco, Lenovo and IBM. As these companies expand their datacenter and cloud businesses, Nvidia will benefit. In many cases that will be for both AI and networking, but in other cases it will be for networking only — an area that Nvidia now has with Mellanox.

It’s also worth noting that Nvidia is traditionally an organic growth company. It essentially built many of the markets that it prospers in today; 3-D Gaming, Autonomous Driving, and Robots were all effectively zero total addressable markets when Nvidia entered them.

The Mellanox acquisition is unique. Huang referred to the company as a “one-of-a-kind asset that could take 20 years to build from scratch,” which was why the company was willing to pay such a large premium (while it was just a 14.3% premium to Mellanox’s stock price just prior to the announcement, it is more than 50% above the stock price before reports first emerged of interest in the company) When a company like Nvidia, given its history of making markets from scratch, decides to make such a significant acquisition, you can be sure that it was seen as hypercritical piece of the company’s plan for sustainable growth.

While there is a lot to like about this deal, it will be critical for Nvidia to quickly integrate the acquisition and show the two companies as more impactful together than prior to the acquisition. Also, Nvidia will need to find ways to ease concerns of customers such as Cisco or HPE that could now view the company as a competitor.

Based upon the current and expected growth in demand for cloud computing and AI, as well as Nvidia’s expanded potential market a result of the Mellanox acquisition, I believe Nvidia has become a power broker for what will be the next wave of datacenter technology.