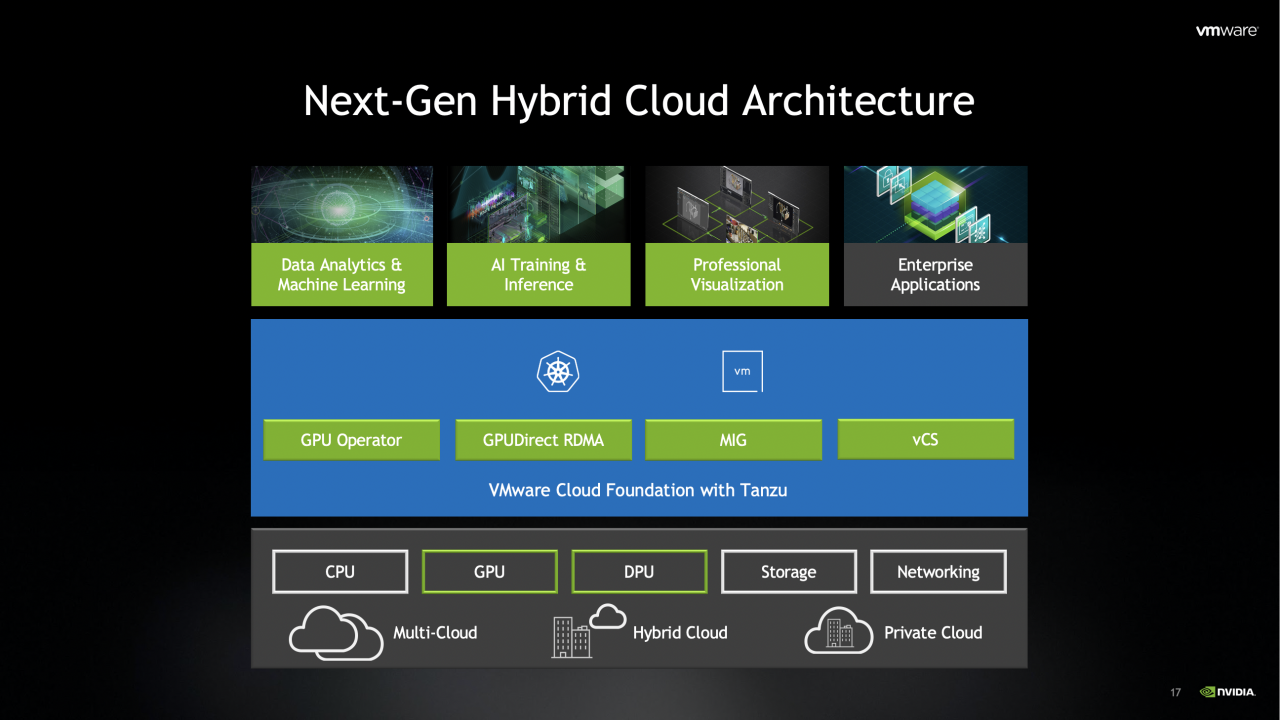 Analyst Take: Today’s joint announcement from NVIDIA and VMware marks an important moment for taking the powerful capabilities of VMware’s software that have long been utilized to run traditional software on CPUs and evolve these capabilities to handle the growing demand of delivering similar capabilities for AI workloads running on GPUs, in this case NVIDIA’s market leading GPUs.

What the NVIDIA and VMware Partnership Offers

Effectively, with this announcement, VMware and Nvidia are integrating the NVIDIA’s artificial intelligence applications for unified management of apps, security and data processing unit accelerators. Perhaps more importantly, the partnership acts as validation of Nvidia’s role in hybrid clouds, which have gained significant momentum in the past few years, as VMware outlined an architecture that incorporates data processing units (DPUs) in the data center, cloud and edge. Specifically, AI software on Nvidia’s NGC hub will be integrated into VMware vSphere, Cloud Foundation and Tanzu.

I believe much like VMware, as well as offerings like RedHat, Azure Arc and HPE Container Platform, have democratized hybrid cloud, the expectation of this partnership is the ability to speed up the deployment of AI workloads and speed up enterprise AI adoption.

As part of today’s release, VMware and Nvidia also announced that they will partner on what is being called “Project Monterey” to create an architecture based on SmartNIC technology and include Nvidia’s programmable BlueField-2 DPU to support machine learning and data-focused apps. Interestingly, this will be based upon an Arm-powered DPU.

As a result of this partnership, the companies outlined the following integrations.

Overall Impressions of the NVIDIA and VMware Announcements

It is my impression that this partnership has the merits to gain immediate momentum as the two companies working together here are seeking to solve a bigger challenge of making AI more available and usable at scale for more enterprises and organizations. The development and access of GPU optimized containers and models, for instance, is an important toolbox for developers and data scientists. Furthermore, offering certified hardware and building the Bluefield-2 (DPU) to handle tasks that arguably function better on the DPU than the CPU are all examples of the evolution of the datacenter and the growing role of AI and new chip architectures to support the applications and workloads that will be most in demand in the future.

An important and interesting partnership to watch develop as NVIDIA continues to gain momentum in the datacenter. 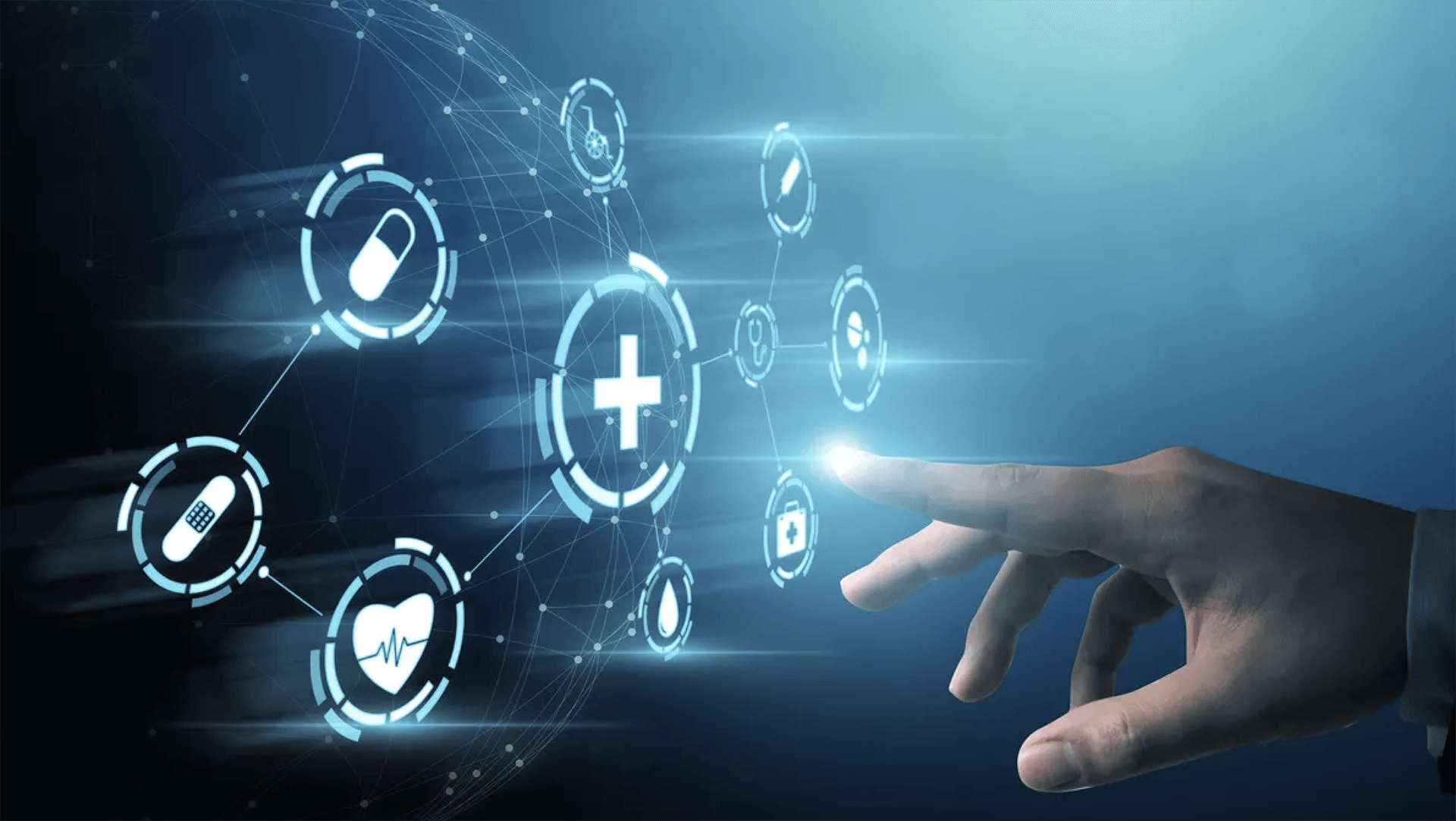 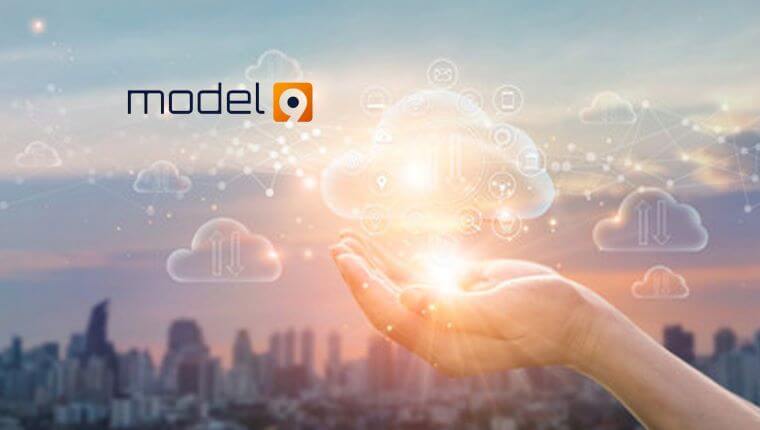 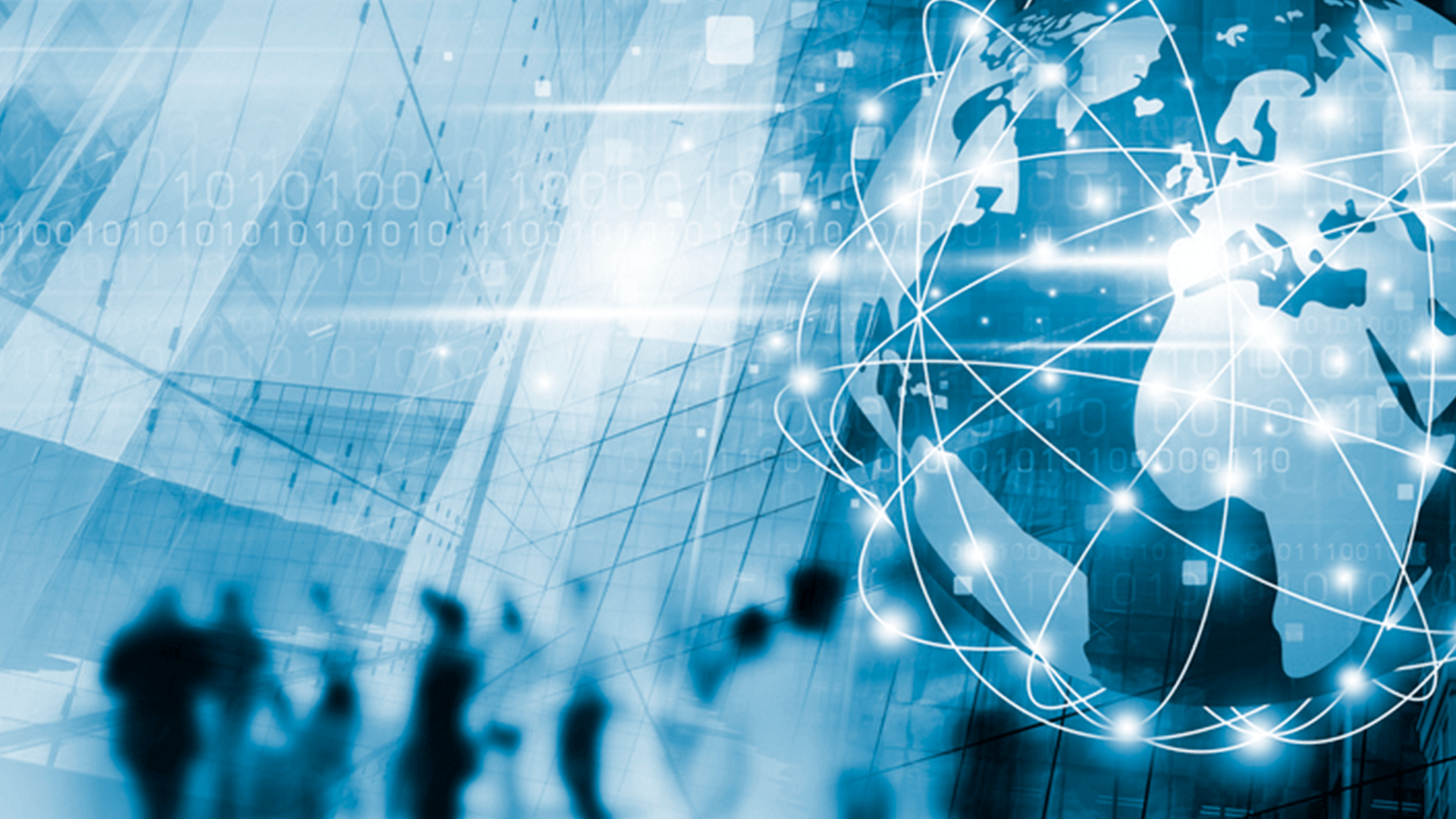 Driving Innovation in a Multi-Cloud Enabled World: What the Broadcom VMware Transaction Means for Customers