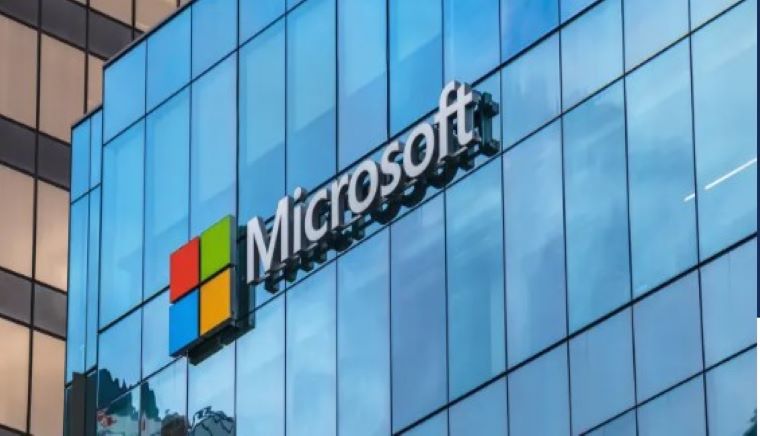 The News: Microsoft revenue climbed for the fourth quarter of 2022 to $51.9 billion, up 12 percent from $46.2 billion one year ago, while the fiscal year 2022 revenue rose to $198.3 billion, up 18 percent from the $168.1 billion generated in FY2021. The results, which also included net income of $16.74 billion for Q4 and non-GAAP net income of $69.4 billion for FY2022, were announced on July 26 by Microsoft after the markets closed. Read the full earnings Press Release on the Microsoft Investor Relations website.

Analyst Take: As Microsoft revenue hit $51.9B for Q4 2022 and $198B for FY2022, the software and cloud giant again bumped its revenue figures up like the market leader it is. It was a good showing, but there are also some cracks that are appearing in the crystal ball for the rest of 2022 and into 2023.

Of course, like every other tech and consumer products company today, these issues are not just affecting Microsoft as the world continues to be embroiled in a Covid-19 pandemic, Russia’s war in Ukraine, continuing supply chain issues that are causing shortages of goods and materials, chip shortages, and more.

Here are Microsoft’s latest financial results by the numbers:

Without question, Microsoft’s results are being hard hit by the shutdowns in China due to its strict Covid-19 policy, Russia’s war in Ukraine, supply chain issues which mean that fewer computers are being sold pre-loaded with Microsoft Windows 11, and other complications around the world. For Microsoft and other tech companies, it continues to be a perfect storm of issues that are further affecting markets, sales, expectations, and the rest.

But at the same time, we see promise in Microsoft’s latest financial results. Commercial bookings for Microsoft’s cloud platform grew by 25 percent from 2021 and Microsoft cloud revenue hit $25 billion, which is up 28 percent year-over-year. Company executives are adamant they will remain committed to balancing operational discipline by making continued investments in important strategic areas to drive future growth, despite the negative effects seen in some business lines.

That is the optimistic attitude and drive that we have come to expect from Microsoft and which we believe will continue to power the company through this challenging period as pandemic and supply chain crises continue to work their way to their eventual resolutions.

In its earnings report, Microsoft made it clear that all these evolving macroeconomic conditions and other unforeseen items have had an impact on the company’s financial results, since they added earlier guidance in April. The challenges have been further affected by unfavorable foreign exchange rates, which the company said have negatively impacted revenue by $595 million and diluted EPS by $0.04.

Russia’s ongoing war in Ukraine led Microsoft to significantly scale down its operations in Russia, forcing related operating expenses of $126 million related to bad debt expense, asset impairments, and severance. The company conducted what it termed a strategic realignment of business groups and recorded employee severance expenses of $113 million outside of Russia.

If you add in all of the financial impacts from these above-mentioned items, it led to about $.06 a share of lost EPS, which would have been enough for Microsoft to hit its target.

There is a lot going on for Microsoft, and many other companies in the volatile tech space right now. But despite those challenges, Microsoft is continuing to show progress in the marketplace and we believe the company is making the right decisions to address the changing market and economic decisions that are affecting its business and navigating these latest headwinds.

Where Microsoft Goes From Here

In the prior quarter, Q3 2022, Microsoft posted revenue of $49.36 billion, which was up 18 percent YoY from the prior year. Even today, with the announcement of Microsoft’s Q4 and FY2022 results, Microsoft is continuing to show healthy growth in revenue, operating income, net income, and EPS, which should give confidence to investors despite the continuing pull-back in tech that has hit most growth names in the market.

What is clear is that it is more than just earnings shaping the market today, as a variety of major macro headwinds continue to impact the markets at large. Having said that, we also see some of the slowing as a healthy sign that fed policy is doing its job of slowing demand and bringing down inflation—which may feel punitive in the short term, but will help return the economy to healthy and sustainable growth in the long term. In fact, these slight misses from the likes of Alphabet and Microsoft may have seen a strong market response because investors are waiting to see monetary policy catch up with company performance.

We have continued to watch the cloud business and its growth over the past several quarters to see if Microsoft could maintain a strong level of cloud demand as we exit the pandemic. However, the pandemic as an accelerator continues to be met by new headwinds tied to macroeconomic forces including interest rates, inflation, and global conflicts. As we see it, there is little to indicate any macroeconomic headwinds will be slowing Microsoft’s growth in the cloud, and moreover, this is true across many facets of its business. Our thesis that technology is deflationary remains intact, and this is particularly true for enterprise.

It is hard not to be bullish about Microsoft’s Azure offerings. Both Microsoft and AWS continue to expand their cloud offerings and this expansion is leading to greater revenue and stickiness among its customers.

It will be interesting to watch these trends affecting Microsoft through the rest of 2022 into 2023. For Microsoft, the most important indicator going forward will be sustaining its strong momentum even when more difficult macroeconomic headwinds might arrive. Microsoft and its broad product and services mix will provide an intriguing path forward as the company seems to have a better handle than most other companies on its longer-term trajectory.

Sales Teams Need a Transformation, Microsoft is Ready to Deliver