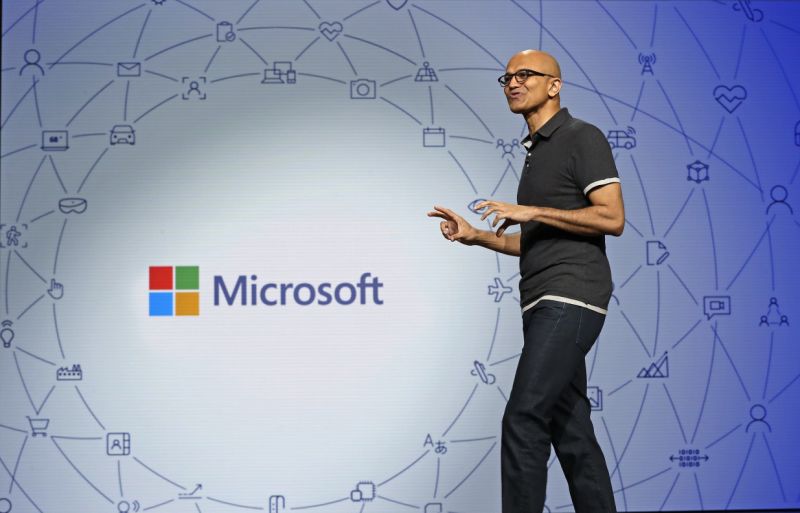 The News: Microsoft shares rose as much as 5% in extended trading on Wednesday after the company reported fiscal third-quarter sales growth of 15%, fueled by its cloud business.

The company said in a statement that the coronavirus “had minimal net impact on the total company revenue” in the quarter and that “effects of COVID-19 may not be fully reflected in the financial results until future periods.”

Analysts polled by Refinitiv had expected $1.26 in adjusted earnings per share on $33.66 billion in revenue for the quarter, which ended on March 31. Net income rose 22% to $10.8 billion. Read the full news coverage on CNBC.

Analyst Take: All Green for Microsoft a the company saw growth in all 11 of its product service categories. Given that we are in the middle of a global pandemic these results are tremendous and Microsoft has earned the massive uptick that the stock saw after hours.

The Productivity and Business Processes unit, which includes Dynamics, LinkedIn and Office, came up with $11.74 billion in revenue, up 14.7% and higher than the FactSet analyst consensus of $11.53 billion. There were a number of solid performers here. The Dynamics and its cloud counterpart Dynamics 365 have continued to perform soundly. Office 365 saw significant growth, adding nearly 40 million consumer users on the platform. However, the out and out winner of the quarter was Microsoft Teams. This business saw its numbers skyrocket to 44 million daily users mid march and since then has exploded to over 70 million users. With so many people working at home, this particular solution has exploded and certainly will stick as companies slowly get back to a more normal work situation.

Microsoft’s Intelligent Cloud segment, featuring Azure, GitHub and server products, including SQL Server and Windows Server, posted $12.28 billion in revenue, up 27.2% and more than the $11.79 billion consensus. The cloud business has been a terrific performer for the business for quite some time. The number everyone has been watching most closely here has been Azure and its strong mid double digit growth, which came in at 59%. This has been the tracking number to watch how Microsoft has been doing in comparison to AWS, which reports later this week and is expected to see its cloud business grow around 30%, albeit a larger IaaS number.

The acceleration of cloud will continue to drive Microsoft’s cloud business and I expect next quarter to show growth for the unit and for Azure, but don’t be surprised if Azure’s 59% isn’t significantly lower as some businesses may be cautious with new spending until the current public health and economic situation is more certain.

The Personal Computing segment, containing Bing, Windows, Surface and Xbox, delivered $11 billion in revenue. That’s up 2.9% and above the $10.46 billion consensus among analysts surveyed by FactSet. Demand for PC’s was significant over the last quarter as companies and schools turned to remote work and learning. There were some supply chain snags in China that led to forecasts of lower PC sales, but the demand is high and this was key to this area of the business performing above the expectation.

Looking ahead to Microsoft’s Fiscal Q4

For fiscal Q4, Microsoft expects $35.85 billion to $36.80 billion with $36.33 billion in the middle of the range. That implies 7.7% growth.  While amidst a global pandemic, 7.7% growth sounds good, it is noteworthy that this would be the slowest growth since the first quarter of 2017, yet the forecast did come in higher than the $36.42 billion Refinitiv consensus estimate.

I believe that Microsoft has a good handle on its business and the business spending, which gave the company the confidence to put out forward guidance, which many companies, including IBM, had recently felt wasn’t right to provide at this time. I think the stronger handle on revenue is attributed to the nature of Microsoft’s business being heavily business customers with subscription type services. I see most of the variance coming in the consumer portion of the company’s business.

I had expected a very strong result and we saw that come through in today’s report. While there are a few headwinds that the company is pointing to with regards to demand for transactional software among small and midsize businesses along with some weakness in demand for ads on LinkedIn. I would say those weaknesses are temporary and were well offset by the growth in Azure and Teams.

As I have continued to reiterate on the overall strong results that tech has experienced during this earnings season, we have to pay close attention to the next quarter in late July, when we can see the true impact of Covid-19 as it has shuttered economies around the world and many smaller companies have been impacted.

Having said that, with ample financial backstopping for larger companies and the clear accelerators for digital that will emerge as companies see this pandemic abated, tech will certainly reel in a significant portion of the spend–And yes, Microsoft, will certainly be a beneficiary.

AMD Reports Solid Q1 But Cautions On Its Outlook