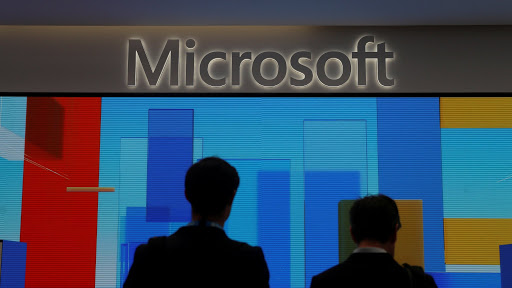 The News: Microsoft shares fell as much as 3% in after-hours trading on Wednesday after the company reported better-than-expected fiscal fourth-quarter earnings that exceeded analysts’ expectations.

Microsoft’s overall revenue grew 13% on an annualized basis in the quarter, which ended on June 30, according to a statement. Revenue went up 15% in the prior quarter, which saw less impact from the pandemic. Read the full news piece from CNBC.

Analyst Take: There was a lot of anticipation for this quarter’s results. This holds especially true for the FAANG companies and the “Blue Chip” tech stocks, of which Microsoft is certainly a part of.

Based on certain behaviors like streaming, gaming and remote work, it would be easy to think that Microsoft would have seen growth during this quarter. However, with a big hit on retail, enterprises watching their spending carefully, a significant amount of new unemployment claims and a general market uncertainty, it was by no means a slam dunk.

However, I want to be very clear when I say, the results this quarter are very encouraging. 13% growth over this period last year, amidst the first full quarter of operating amidst a global slowdown and a pervasive pandemic is a good result. Despite this, it seems the street wanted more as the stock fell after hours–but let’s be clear, if the past few months showed anything for certain, it is that the street does not operate based upon reality. The reality here is this was a good quarter for Microsoft.

Breaking Down the Result

As you can see above in the CNBC chart, the company saw growth in most areas. Having said that, you can see in almost all areas the growth was a little bit slower than the last quarter–with the exception of gaming.

Given a large portion of the economy was operating at near zero for at least one month of this reporting period, I am not the least bit surprised by that result. If anything, it seems plausible that YoY growth in most categories would be hard. This, of course, was counterbalanced by the acceleration of digital transformation for many businesses. Companies that were able to stabilize quickly were fast to pour investment into digital technologies such as cloud, data, AI and security among other things. Microsoft certainly benefitted from this.

Cloud Results Were Good, Not Great

If there was one area besides Gaming and Teams that I was expecting a blowout number, it was Azure. I tempered this by predicting that less companies would be spending more on cloud, and it appears that the slow down did impact spending in the cloud somewhat.

However, Satya Nadella did acknowledge that the commercial cloud business usurped $50 Billion for the fiscal year. That is impressive despite not fully putting Azure numbers out at this point.

I’m very interested in seeing the direction for Azure in the next quarter. Will it return to previous growth rates closer to 60%.

Business Productivity Up Across The Board

Besides cloud, I expected to see modest growth in the Productivity and Business Process business. Part of this is based upon the 7x growth that Microsoft Teams saw during the March to May period of the pandemic, but with remote work exploding and Microsoft Power Platform, LinkedIn, Office and CRM all being critical to many people working away from home, I figured there would be some growth in this area, and there was. In the companies earnings release it shared the following

Revenue in Productivity and Business Processes was $11.8 billion and increased 6%, with the following business highlights: (Source)

A solid showing from across the portfolio. One area that I’m watching particularly close is the cloud offering within Dynamics, D365. That business has seen nearly 45% growth over the past 8 quarters including this most recent quarter and seems to be showing a modest path to catching up to Salesforce. This will be one to watch as the CRM and ERP businesses are now over $3 Billion per year.

If you had asked the market 3 months ago if a 13% beat on revenue and growth in every part of the business except for Search would be a good quarter, I believe you would have had a resounding yes.

Time has driven the market up and Microsoft has seen an explosion in market cap as the stock has rallied around the company’s important role amidst the pandemic–Microsoft Teams was a massive beneficiary here, as was Xbox, but the whole company saw just how important its products and services were for enabling the economy to continue to function during this tumultuous period.

With Covid-19 still having a significant impact domestically, while somewhat subsiding in many other major economies, I expect the future to be similar or even slightly better in the next quarter. It will be interesting to watch the continued growth of Azure to see whether the 47% is a drop due to the law of large numbers or if we will see it pick back up closer to the 60% growth rate it had been seeing the four quarters prior.

Overall, a very good result. Investors may have pouted at the smaller YoY growth, but I found comfort in seeing the strongest companies are performing well as I think the very worst for those companies is behind us.