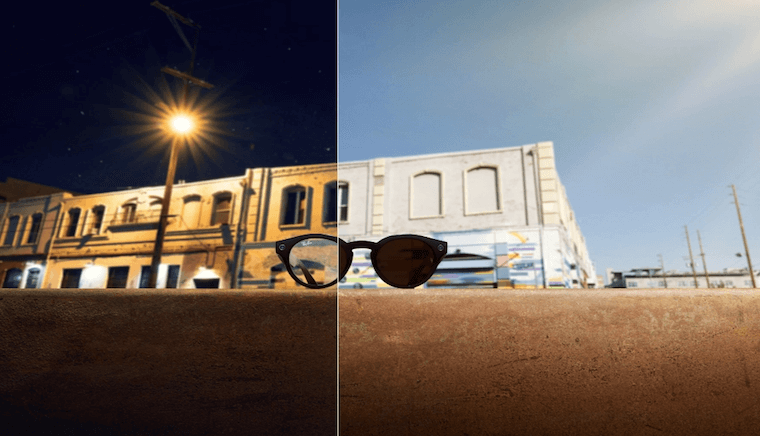 The News: Meta and Ray-Ban Stories — the smart sunglasses first introduced last year — announced the glasses are rolling out in new markets and new colors. The announcement from Meta and Ray-Ban on this front was released in mid-March, with news the Ray-Ban smart glasses are rolling out in retail stores in Span, Austria, France, and Belgium. The Ray-Ban smart glasses will be available both online and in select retail stores. Read the full Meta press release.

Analyst Take: Meta and Ray-Ban Stories announcement around availability in new markets and some new colors was interesting to us. Is anybody buying these? Let’s backtrack. The Meta and Ray-Ban stories glasses were first launched last year, by way of a partnership with EssilorLuxottica. The Meta connection is that Ray-Ban Stories pairs with the Facebook View app, which lets users “tell their stories” to their social connections (influencers rejoice!) without the need to take their phones out of their pockets.

Ray-Ban Stories — Are They Something to Get Excited About?

So what’s the deal with these Ray-Ban Stories? Are they worth getting excited about? For starters, from a looks perspective, the Ray-Ban Stories glasses are innovative and good-looking. Is it possible they’ll bring back excitement in the smart glasses marketplace that has been largely absent since Google Glass first hit the scene in 2013 and captured the attention of users before disappearing later with nary a trace? What we remember most about those days are annoying posts from users, aptly named “Glassholes” and a lot of ho-hum moments. Times have changed over the course of the last decade, however, and influencers seem to always be looking for different ways to put themselves front and center. This could be a relatively unobtrusive answer, at a time when influencers are more prevalent, everywhere, than they were in 2013.

How are Ray-Ban Stories Different?

While we’ve not personally tested the Meta Ray-Ban Stories glasses, they do seem to be different from traditional smart glasses of the past in one key way: they leave out augmented reality features which display alerts and other information on heads-up displays. We agree with this approach – and today, anyway, most users do not want or need heads-up displays. In fact, some folks have HUD in their vehicles and are annoyed enough by that they they simply turn it off.

What people want, we think, is pretty simple. They just want to be able to connect their smart glasses to a smartphone in their pocket and then have the ability to record videos, take pictures, answer calls and listen to music. Those activities are where Meta and Ray-Ban Stories shine. Some new features of Ray-Ban Stories include:

The Meta and Ray-Ban Stories smart glasses are essentially a hybrid of a GoPro camera and a smartphone, which gives users the freedom to take simple images without having to concentrate on getting perfect shots. 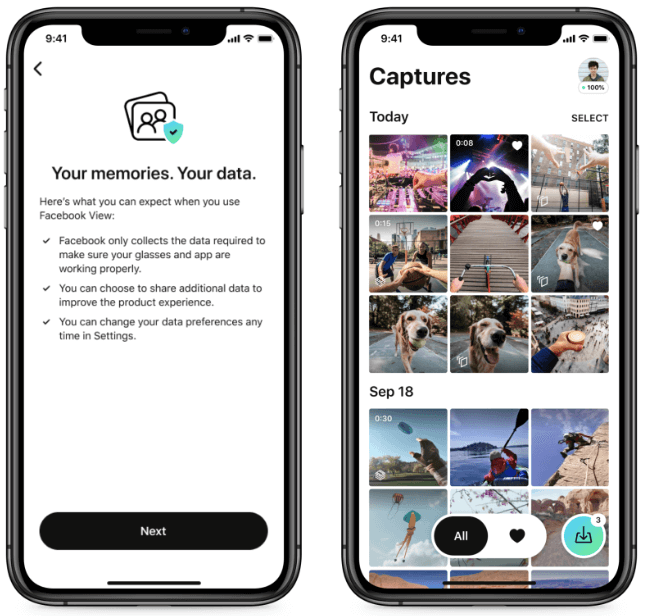 Perhaps the most compelling (read: what might make us buy these) feature of the Ray-Ban Stories smart glasses is that they’ve woven the technology into the classic Ray-Ban Wayfarer sunglasses design — Wayfarer, Wayfarer Large, Round, and Meteor — so users don’t have to worry about looking too dorky. There, we said it out loud. Google Glasses looked dumb, these are better.
There is still room for improvement in the product, however, including the need for cameras with more than five megapixels, capabilities to capture videos of more than 60 seconds, and longer battery life.

It’s no secret that Facebook’s user base is largely comprised of older folks and the social network is in a perpetual battle to try and gain back any semblance of relevance to a broader (read: younger) demographic. Instagram, also owned by Meta, is battling TikTok and Snapchat for users, and largely losing that battle. That said, the Facebook View app is available on both Android and iOS and is said to make it easy to import the images captured on device to Facebook, Instagram, WhatsApp, Facebook Messenger, Twitter, TikTok, Snapchat and others.

Will the allure of being able to capture images and videos on smart sunglasses win the attention of creators and influencers? Maybe. Is the ability to share on multiple platforms that don’t include Facebook and Instagram appealing? Probably. Will that alone be enough to induce consumers to fork over $420ish US and download and use the Facebook View app? We’ll find out soon enough.

Nike’s Metaverse Store Paves a Pathway into the Future

Lego and Epic Games Are Taking the Metaverse to Children by Co-Building Immersive Digital Play Space for Kids – Is This a Move to Entice Grown-ups to Follow?