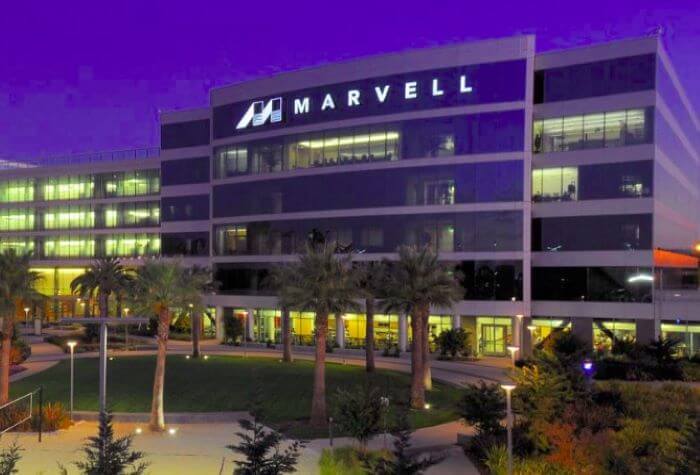 The News: Marvell conducted its first Industry Analyst Day at its Santa Clara, CA headquarters on December 10, 2019. At the event, Marvell showcased the “new Marvell” by providing an in-depth look into the company’s new strategy after an organization-wide transformation that included executive leadership changes as well as multiple acquisitions and divestitures all made to align its portfolio mix with the new strategy. Marvell touted how its new product strategy aligns to rapidly growing major infrastructure market segments and trends including multigigabit enterprise, automotive Ethernet, cloud data center, and 5G. Read the full announcement at Marvell.

Analyst Take: Marvell CEO and President Matt Murphy kicked off the Marvell Analyst Day by emphasizing the company’s ongoing turnaround is underpinned by belief in the power of focus. For example, in 2016 Marvell had 32 streams of research and development (R&D) spending spread across widely varied technology areas like codecs, power supplies, and consumer applications. Marvell’s fragmented R&D priorities was one major indication of a company headed in a rudderless direction. Now the company’s R&D spend is focused only in four key product areas: networking, storage, processing, and ASICs.

Marvell’s increased R&D, relative to industry peers, and lean approach to selling, general, and administrative (SG&A) expenses, contributed to boosting its financial performance. For instance, in fiscal Q1 2016, Marvell’s market cap was @$3.5 billion with a price/earnings (P/E) ratio of only 11; fast forward to fiscal Q1 2019 and Marvell’s market cap reached @$17.8 billion with a P/E ratio of 26.

Overall, the company’s current profile is significantly improved and competitive as evidenced by stats such as:

As a result of the emerging portfolio strategy in combination with the integration of the acquisitions, Marvell claims market leadership in the following segments:

Through the new and improved portfolio focus, Marvell is positioned to further pursue business opportunities in growing multi-billion dollar segments such as carrier, data centers, ARM servers, and edge/automobiles. For example, a top target for Marvell is winning more 5G base station business (Samsung is an existing customer), which has higher upside than pursuing silicon deals in the mobile device segment and its frequent price-war bloodbaths. In addition, nine of the top 10 firewall security vendors (e.g., Palo Alto Networks) are already Marvell customers.

Even with a robust market presence within its core market focus areas, Marvell needs to show it has the agility to take on formidable rivals long-term. Marvell identifies Intel and Broadcom as its chief rivals with Broadcom in particular leading the network switching and PHY segment. Broadcom’s presence in the Cisco portfolio, for instance, indicates the company has a key role in driving network switching and routing silicon innovation.

TI and NVIDIA in some areas also crowd Marvell’s potential growth trajectories. However, in yet another instance of “coopetition” in the industry, while Marvell competes against NVIDIA in areas like networking silicon, the company also supplies 14 chips to NVIDIA’s Pegasus offering, a high-performance AI computer which runs an array of deep neural networks simultaneously to enable highly automated and autonomous driving.

Also Marvell’s existing run rates were impacted by the recent U.S. ban on supplying silicon products to Chinese equipment manufacturers Huawei and ZTE. Marvell’s Huawei revenue stream was only in the low-to-single digits allowing the company to avoid a severe falloff in its overall run rate. Equally important the loss of the Huawei business did not impact Marvell’s ongoing R&D investments.

Overall, at the Marvell Analyst Day they presented a compelling case to buttress its “New Marvell” marketing campaign and fulfill the company’s mission to develop and delivers semiconductors that move, store, process, and secure the world’s data faster and more reliable than anyone else.

Marvell Delivers Strong Q2, Why You Should Know Marvell