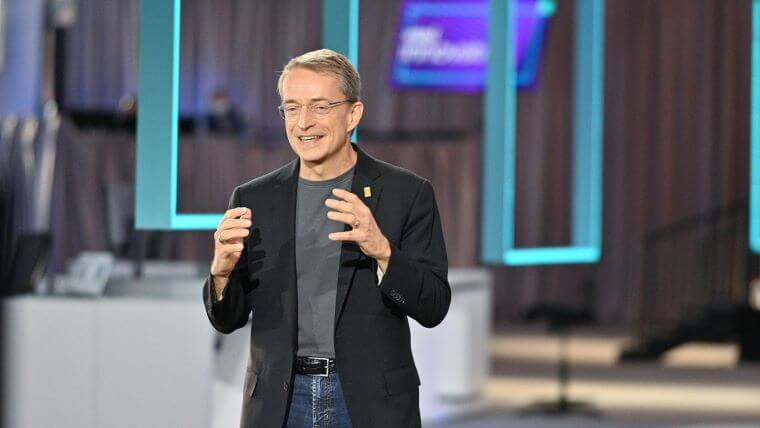 The News: Intel made multiple noteworthy announcements at its Intel InnovatiON conference, the first event of many in the new Intel On series, aimed at providing the tools and tech for developers to experiment across clouds, open source communities and more. Intel introduced 12th Gen Intel Core processors built on Intel 7 process technology with the goal of vastly improving computing performance for every PC segment and to the edge. Intel also unveiled a unified Developer Zone, new oneAPI 2022 toolkits and new oneAPI Centers of Excellence designed to better enable developers to access reference designs, toolkits and other assets across AI, client, cloud, 5G/edge and gaming with an open, standard-based, unified programming environment.

Analyst Take: Intel is shrewdly using its Intel InnovatiON event, the first in its new virtual IntelON series, to demonstrate the company is powering innovation across the digital ecosystem, especially the silicon segment, answering skepticism about its ability to beat rivals to the innovation punch. For starters Intel showcased versions of its 12th generation of Intel® Core™ chips for PC. The company said the product line is slated to include 60 different chips destined for 500 models of PCs from various makers, from thin laptops to larger machines purpose-built for gamers. Intel indicated it is shipping 28 versions of the chip to PC makers, with broad availability beginning on Nov. 4.

Opening the event by demonstrating its more than 50 years leading the way in chip development, the tech giant sought to make this event a clear indicator of its intent to regain its lead in making the fastest computing chips. This comes after a few years of slowed growth while rivals such as AMD and Apple aggressively sought to usurp Intel’s long standing market leadership position. The companies were able to accelerate their gains by using outside partners, namely Taiwan’s TSMC, to make their chips while Intel has aggressively worked through a series of challenges within its internal manufacturing operations.

Throughout the event, Intel was steadfast in pointing to key wins and contributions that it was making to the advancement of computing. Intel shared one example with its Aurora Supercomputer project that the company is developing with the U.S. Department of Energy’s Argonne National Laboratory for Artificial Intelligence (AI) work. Due to advancements made by Intel, it was revealed that Aurora will be twice as fast as originally planned. The company is touting that the computer will exceed 2 exaflops, meaning the ability to perform 2 quintillion calculations per second.

Intel had initially committed to deliver the $500 million computer in 2021 with 1 exaflop of performance, however holdups in manufacturing forced it to postpone delivery until next year, but the significantly greater performance that will be delivered will likely make Aurora worth the wait.

Moore’s Law originally stated that the number of components in a dense integrated circuit doubles approximately every year (later revised to every 18 months). As a result, it is imperative that Intel forge and win the marketing battle for the new naming structure for process nodes as the Moore’s Law-based nanometer scale is simply running out of space.

Intel is committed to driving the post-Moore’s Law naming convention that delivers a consistent and clear framework that gives customers and partners a more accurate view of process nodes across the industry. The new naming approach that Intel is championing consists of:

Of note, Intel 7 will be used in Alder Lake processors this year and Sapphire Rapids processors in 2022. Intel 4 processors are targeted for shipment starting in 2023 and are slated to use the breakthrough High Numerical Aperture (High NA) extreme ultraviolet lithography (EUV production tool. Intel’s roadmap includes Meteor Lake processors using Intel 4 with Intel 3 further augmenting Intel 4 and represents the capstone optimization of the FinFET transistor architecture. Intel 3 is targeted for availability by the end of 2023.

After Intel 3, Intel 20A arrives on the scene in 2024 signifying the replacement of the FinFET framework with the new RibbonFET transistor architecture. RibbonFET is a gate-all-around architecture that uses ribbon-shaped channels encircled by the gate which can enable faster transistor switching speeds and expanded control that advance higher performance in a smaller footprint. I see a successful production transition and all-out marketing campaign to support RibbonFET as essential to Intel’s ability to continue driving industry-wide innovation as well as education on how to best silicon architecture advances in the post-Moore’s Law era.

At the event, Intel spotlighted the return to its developer roots, signifying a renewed commitment to the community and a developer-first approach across software and hardware. They are committed to focusing on advancing an open ecosystem, ensuring choice for developers to use the tools and environments they prefer, and building trust and partnership across cloud service providers, open-source communities, startups, and others.

Intel is putting portfolio development emphasis on meeting the top priority demands of the data scientist community. To that end Intel is committed to enabling data scientists the ability to analyze, iterate, and visualize complex data at scale with the highest memory configuration of any similar offerings with Intel’s new data science specific solution powered by Intel Core and Intel Xeon architectures. Combining workstation hardware and Intel oneAPI AI Analytics toolkit to enable rapid AI development, this solution is now available on Linux-based workstation PCs from Dell, HP, and Lenovo.

I see Intel’s outreach to the data science community as integral to CEO Pat Gelsinger’s overall strategy of reigniting its Intel Developer Forum heritage of consistent and dedicated engagement with the developer community. This recognizes the vital role developers play in driving semiconductor-based innovation as well as software-based innovation across the entire digital ecosystem. This alliance is critical to Intel’s long-term PC market segment competitiveness as its PC business saw a 2% quarter decline in fiscal Q3 2021.

Having had the chance to speak with Intel’s EVP Gregory Bryant, and Microsoft’s Devices Chief Panos Panay, it was evident that the companies are well aligned strategically to deliver innovation to compete with Apple’s “M line” of silicon and MacOS. I firmly believe the companies together have the technology and vision to directly aim at Apple’s M1 chipset program—something that undoubtedly is of great interest to both companies and especially to Intel after Apple moved away from Intel over the past year with its home grown M1 architecture.

The market evidence of success from Microsoft and Intel’s efforts to unseat some of Apple’s demand will take time, and the supply chain issues that are impacting the entire industry won’t make it easy. These greater macroeconomic forces factored into Intel’s growth setback in Q3 in the PC business, with the roll-off of the Apple Mac revenue also playing a role. However, I believe the roll-off is already largely accounted into Intel’s ongoing share price and overall sentiment, although Intel and Microsoft are obliged to meet the Apple Mac challenge more head-on.

Overall, the inaugural Intel InnovatiON event was a robust example of the company’s steadfast commitment to innovation and for viewers, it should further validate CEO Pat Gelsinger’s objective of rekindling Intel’s influence across the developer community on an enduring basis. Certainly, investors and Wall Street will be holding Intel accountable on its ability to power innovation across the digital ecosystem and silicon competitive landscape. In addition, it should not be lost on anyone that Intel will be the most likely candidate to energize the emergence from the ongoing chip shortage crisis in the U.S. and elsewhere as it is focused on repatriation of semiconductor manufacturing, especially in the leading edge. I believe the Intel Innovation event confirms that Intel is an industry powerhouse for driving meaningful innovation and dispelling any concern skeptics may have had. It’s clear the the tech giant is regaining it’s position back on top.

This article is sponsored by Intel