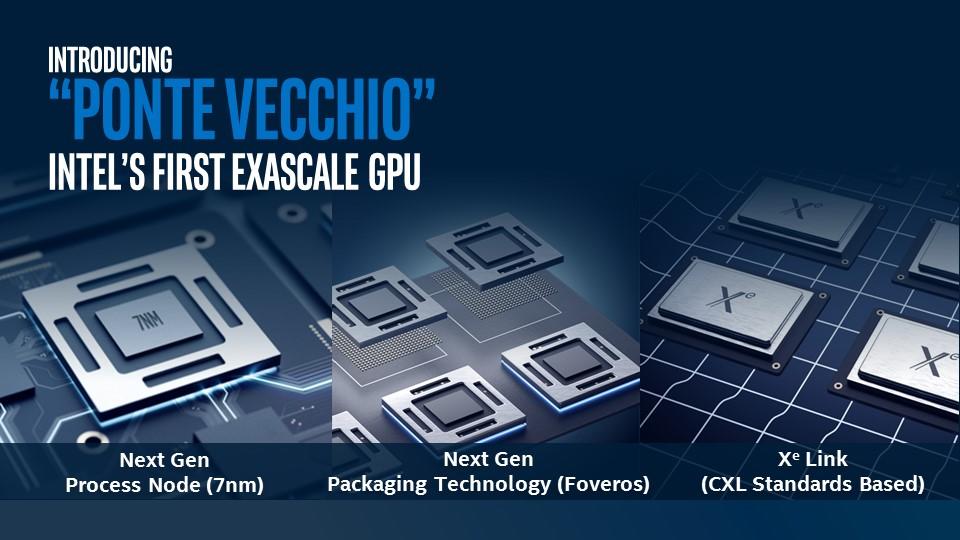 The News: At Supercomputing 2019, Intel unveiled its vision for extending its leadership in the convergence of high-performance computing (HPC) and artificial intelligence (AI) with new additions to its data-centric silicon portfolio and an ambitious new software initiative that represents a paradigm shift from today’s single-architecture, single-vendor programming models.

Addressing the increasing use of heterogeneous architectures in high-performance computing, Intel expanded on its existing technology portfolio to move, store and process data more effectively by announcing a new category of discrete general-purpose GPUs optimized for AI and HPC convergence. Intel also launched the oneAPI industry initiative to deliver a unified and simplified programming model for application development across heterogenous processing architectures, including CPUs, GPUs, FPGAs and other accelerators. The launch of oneAPI represents millions of Intel engineering hours in software development and marks a game-changing evolution from today’s limiting, proprietary programming approaches to an open standards-based model for cross-architecture developer engagement and innovation. Read the full press release on Business Wire.

Analyst Take: Just last week at AI Summit, Intel announced the general availability of two new ASICs for AI Inference and Training along with Movidius VPU. This week, the company doubled down on its commitment to being a leader in the AI space by announcing the launch of a new category of discrete general-purpose GPUs optimized for AI and HPC convergence. The discrete GPUs are built on Intel Xe architecture.

With this launch the company is now squarely in the middle of the competitive landscape and will be going toe-to-toe with NVIDIA, the current leader in this technology.  Intel will add to the competitive nature of the data center GPU space and this will ideally serve as the companies entree into the space after a few failed attempts at data center graphics with MIC. It is worth noting those were not truly GPUs, which is another reason this new offering is going to be more compelling when it becomes generally available.

Perhaps as important as the silicon itself is the announcement around OneAPI. With OneAPI, Intel will be offering developers greater simplicity to program different Intel architectures including GPUs, CPUs, FPGAs and Movidius accelerators. This will be beneficial as it will enable code created to be re-utilized across architectures rather than customer code often needed to do acceleration for AI today. This should be an important value for AI in the data center as it enables greater scalability.

As exciting as the announcement is, Intel isn’t going to have this market ready until 2021, so this won’t impact the bottom line right away and you can be sure that NVIDIA and to a lesser degree AMD will have a response to what Intel is announcing here. Overall, it’s encouraging to see Intel compete in discrete GPUs, and hopefully for the company’s sake it is able to deliver them early in 2021 to not miss significant market opportunity.