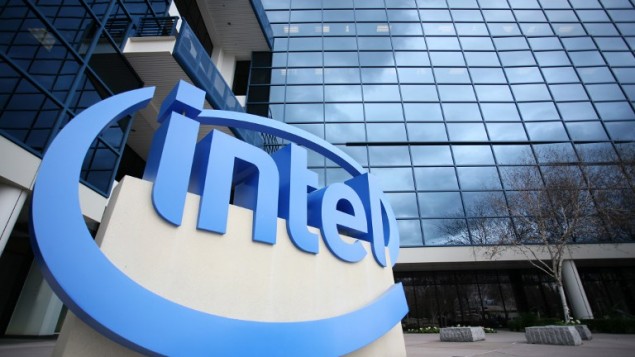 The News: Intel shares fell as much as 9% on Thursday after the company reported better-than-expected second-quarter earnings and said next-generation chips would come out later than it had expected.

Analyst Take: Intel had a very strong Q2 beating both on revenue and earnings. Revenue neared $20 Billion and earnings came in at $1.23, about $.11 better than guidance. At the same time, the company also increased its full year revenue expectations to $75B–a strong number showing confidence in the next 2 quarter.

Despite the strong performance this quarter and the overall positive sentiment that the company shared, the market reacted somewhat adversely as the company also announced softer than expected Q3 guidance and perhaps more importantly a 12-month delay in the delivery of the company’s 7nm process technology. CEO Bob Swan shared that improvement in dye disaggregation and advanced packaging would benefit from this delay and reduce issues and increase flexibility to better serve customers long term.

The company did announce the expectation of out delivering on its 10nm products by 20% vs. its January expectation. I see this as the most relevant offset to the 7nm news. 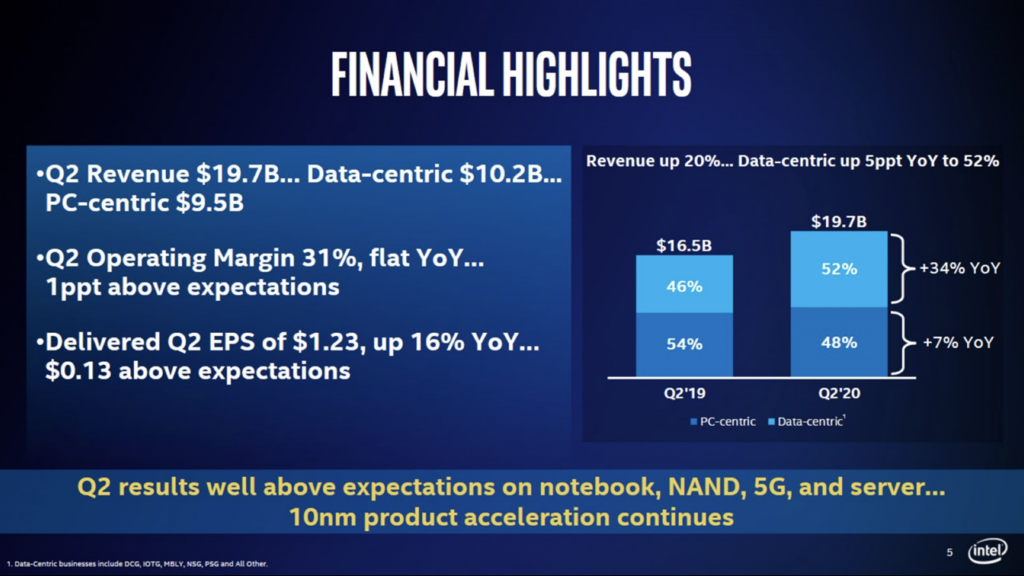 Breaking Down the Businesses – DCG, NSG and Client All Showed Growth

When you look at the business units, there is a lot of encouraging data here. The company had record breaking revenues in Data Center Group (DCG), Non-Volatile Memory Solutions Group (NSG) and Client Compute Group (CCG). That is a solid quarter if you stop there. But of course, we won’t.

The Non-Volatile Memory Solutions Group also had record breaking growth coming in at 76%, which represents how well the unit is doing and how industry pricing has stabilized if not increased.

Finally, the PC group (CCG) was up 7%, which was driven by strong notebook sales and average price increases which offset desktop volume declines. As we have seen the pandemic keeping more people and businesses operating from home, The notebook increase was expected and realized.

The 7nm push isn’t a positive announcement as many products were dependent on it. Perhaps the reason the street had such an adverse reaction to the delays is the ongoing delays that has hit the company in the past with the 10nm nodes. Closing this perception gap is important as I am confident the company will catch up, but will then be chasing 5nm and 3nm, which are both fast approaching.

With all of this in mind, Intel has become well versed in adapting to delays and being able to continue to deliver for its customers during these delay periods. I foresee the company learning into its 10nm process nodes to offset some of the delays in 7nm. If the revenues and outputs stay strong and customers continue to buy from Intel, these delays will be met with less scrutiny. However, I’m sure the competition is pleased to hear about the delays–It will certainly yield a push from their end.

Swan also alluded to the use of external fabs, whether TSMC or Global Foundries, which could augment or accelerate certain chips–if I were a betting man, I would think this is what will happen with Ponte Vecchio. We will have to come back to this. 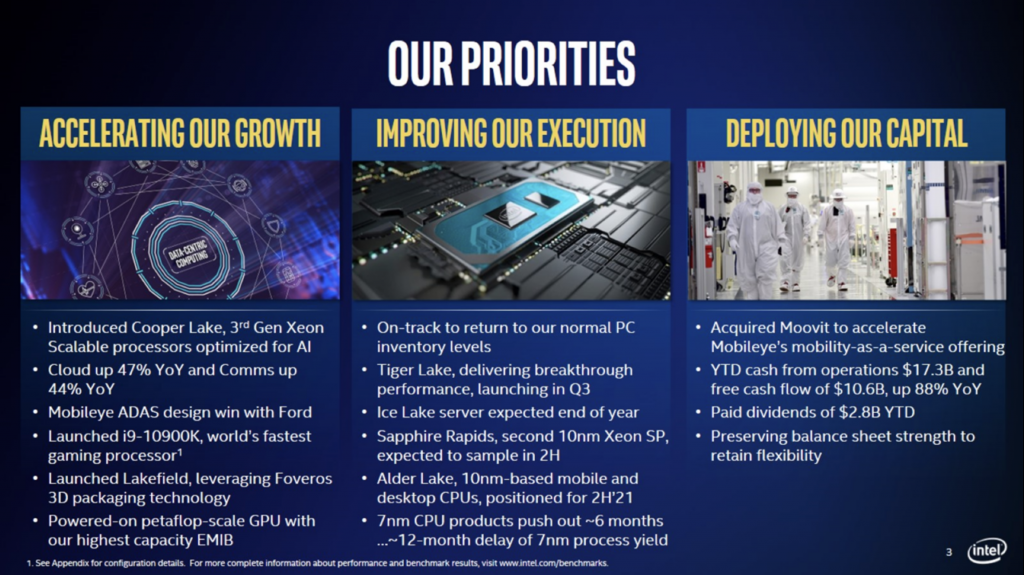 Looking forward, the company suggested that the next quarter would see solid performance from the cloud and comms businesses, but will likely see softness in commercial PC, government, enterprise, DCG and IoT. The company believes it peaked on Enterprise/Gov late last year and this quarter for Cloud, which is part of the reason for the expectation of softness in those areas that have been really steady this past year.

Revenue wise, the company estimates $18.2 Billion in revenue for the next quarter and gave a full year forecast of $75 Billion and $4.85 EPS. Gross Margin will be down in the next quarter about 3%, but this is mostly tied to accelerating 10nm (Tiger Lake) nodes.

These numbers are better than analysts are expecting on both revenue and earnings by a slim margin.

Yesterday, when I was analyzing the market response to Microsoft, I was trying to understand how such a good performance amidst such market volatility would be met with such resistance. But, the market is anything but normal now.

Intel has a lot to be pleased about with today’s earnings. Record breaking revenue across a number of its core businesses and encouraging forward looking revenue and earnings for shareholders.

The business units did well. Revenue in key business areas like Cloud and Comms were up over 40%, new 3rd Gen Xeon Scalable were introduced, the company had a big automotive win in Ford and a number of other worthy announcements serve as the positives.

The resistance largely came from the delays in its 7nm products. This gives investors the appearances that the competition, especially AMD will have additional time to get out ahead in areas where its already in production for 7nm. If the products were apples to apples and if ecosystems, relationships and brand affinity didn’t matter, then this would be true–but these things do matter. Having said that, I believe the delay will have a small impact on market share that will benefit AMD and for GPUs, NVIDIA. But, in its strongest spaces including Client and Data Center, I don’t see these delays having a major impact on market share.

Given the current conditions of the economy. These results should provide optimism. The pressure for Intel is on to get 7nm right and accelerate 10nm to fill gaps.

The next quarter will be interesting to watch–as will seeing AMD and NVIDIA’s results when each reports in the coming weeks.