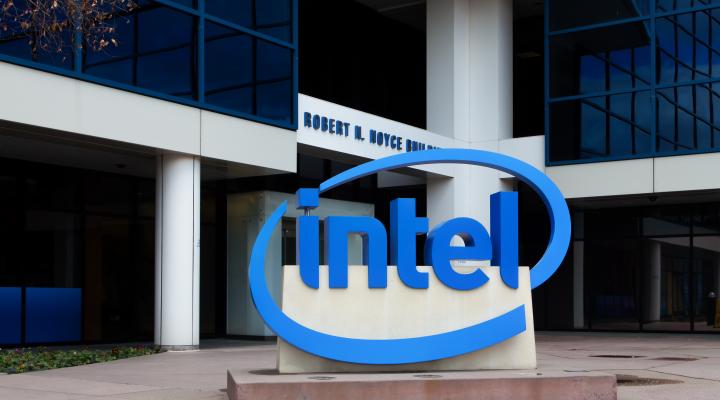 The News: Intel sales were essentially flat and profit dropped in the first quarter of 2021 in CEO Pat Gelsinger’s first earnings report at the helm.

Intel’s earnings per share were significantly higher than analyst estimates and the company’s own forecast, but Intel stock was down more than 3% in extended trading. Sales were also above analyst estimates.

Here’s how Intel did versus Refinitiv consensus estimates:

Analyst Take: Intel delivered a beat against estimates in its first quarter for 2021 while having a mostly flat performance from its 2020 campaign. This quarter’s numbers mark a solid but not necessarily explosive result that some had thought may be possible in CEO Pat Gelsinger’s first quarter at the helm. This quarter, the results are on par with expectations as I expected the strong performance from the client business. At the same time, I knew data center would be a bit slower as the company ramps up its 10nm, which it started shipping to more than 30 customers this quarter following the company’s big Ice Lake launch.

The PC continues to be the big story, and Intel is one of the biggest beneficiaries of the work from home shift and the continued demand for PCs. The company saw 54% growth in notebooks and 38% overall growth in PC while shipping more notebook units than any quarter in its history. This is a tremendous result and continues to indicate Intel’s strength and importance in the ecosystem.

The DCG number for Intel came in light versus last year, but it is important to note that Intel had a blowout result for that group during this period last year. This type of performance for the quarter is where I expected things for DCG; the key consideration here is that the buying cycle is ramping up. As the 3rd Generation Xeon Scalable product availability scales up, I expect the data center business to grow along with it.

This past quarter for Intel was also all about transition and rebuilding confidence. Pat Gelsinger has immediately made a strong impact with the company’s IDM 2.0 strategy, which sets out to address the chip shortage long term and make Intel an even more important player in the foundry ecosystem repatriating manufacturing. This strategy is also key to the company speeding its build of next-generation process nodes, including its 7nm ambitions.

It was also encouraging to see some of the company’s adjacencies, such as MobileEye and IoT, show YoY growth. MobileEye was particularly solid with 48% growth year over year, which coincided with eight new design wins and partnerships with 13 of 15 top automakers.

Intel’s second fiscal quarter expects $17.8 billion in revenue, which is slightly higher than analyst expectations of $17.55 billion. The company missed analyst estimates for its second-quarter EPS as analysts expected $1.09 and Intel is guiding for $1.05 as it spends to build additional manufacturing capability.

The company’s raised guidance for the year shows confidence that it will expand beyond the PC/Client business. This confidence can be seen in its decision to refocus away from stock repurchase to critical manufacturing and innovation investments indicates a longer-term view, especially in the wake of its improved SP over the past quarter.

As we progress through 2021, I do not doubt that the street will be holding Intel and CEO Pat Gelsinger accountable at every turn. In his ongoing dialogue with analysts, media, and shareholders, he continues to tout accountability, which I like. His “Say-Do” philosophy From its foundry strategy to its timelines on 7nm and beyond. Execution will be a key point for investors to watch–as the company is saying the right things, but the past few years have made investors cautious due to missed timelines. Near flawless execution could yield some promising outcomes for sales, innovation, and Intel’s long-term growth.