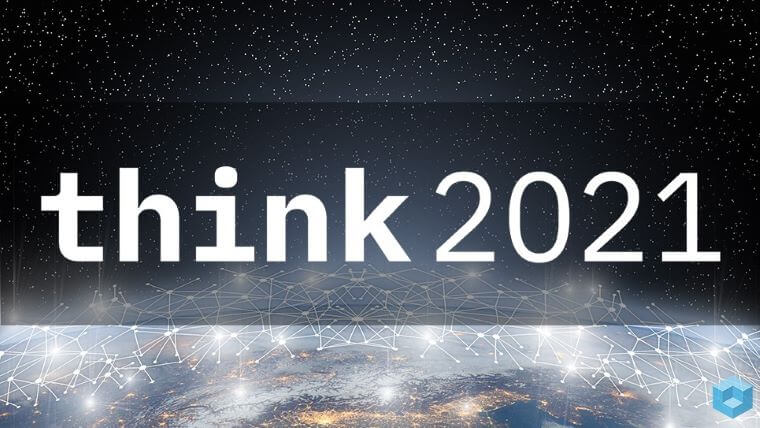 While IBM Think 2021  has been a long-standing event for IBM, this year’s event felt different. IBM has some swagger back in its step after posting small yet important growth in its last earnings statement, which was evident in the mood at the event. IBM has found purpose and is now rallying around Hybrid Cloud and AI as its corporate strategy.

Another key element of IBM Think 2021 this year is that Arvind Krishna is firmly in place as the CEO of IBM, having started as the CEO only a month before last year’s event. Krishna was keen to stress Digital Transformation in his keynote as he stressed, “We will look back on this year and last as the moment the world entered the digital century in full force.”

Outlining how IBM is thinking, Arvind went on to say, “In the same way that we electrified factories and machines in the past century, we will use hybrid cloud to infuse AI into software and systems in the 21st century. And one thing is certain: this is a future that must be built on a foundation of deep industry collaboration. No one understands this better than IBM, which is one of the reasons we are boosting investment in our partner ecosystem. Also, at Think 2021, IBM unveiled its latest hybrid cloud and AI innovations – the very technologies that serve as the building blocks of a new IT architecture for business.”

One thing that is clear from all my recent interactions with IBM is that the company is all-in on hybrid cloud and AI. The company is applying this focus and commitment to differentiate itself for the market and build an identity that makes IBM accessible for companies using other public cloud providers, rather than attempting only to compete with those companies.

It’s clear that IBM is keen to have its customers understand that businesses need a clear and credible path to modernizing their IT architecture and mission-critical systems. This strategic initiative sums up the inflection point that IBM is grappling with, namely, how to pivot from the highly profitable and still growing Mainframe business to Cloud and AI while not alienating those traditional customers that still provide the bedrock of IBM’s revenues.

New Capabilities to Bring Data and AI Closer Together

IBM has pivoted its plethora of software products to a clearer model around what it calls Cloud Paks, representing containerized versions of its software titles delivered on top of Red Hat Open Shift. The premise being that clients want software delivered and orchestrated by Kubernetes. Unsurprisingly given this focus, IBM today announced a raft of new Cloud Pak software updates. These are too numerous to list, but the highlights included updates to Cloud Pak for Data. IBM claims this Cloud Pak will help customers get answers to distributed queries as much as 8x faster than previously and at nearly half the cost of other compared data warehouses. IBM went further to claim that Cloud Pak for Data now includes the highest-performing cloud data warehouse on the market (based on its benchmarking study) that can run seamlessly across any hybrid multi-cloud.

Arvind was joined on the main stage during his keynote by several top executives from Siemens, Salesforce, and CVS. One conversation that stood out to me was his discussion with Karen Lynch, President, and CEO of CVS Health. The two focused on how IBM Watson Assistant augmented the COVID response for CVS Health in their discussion. IBM highlighted how it is collaborating with CVS Health to help them handle a tenfold spike in call volume as the US has rolled out its vaccination program. In addition, IBM Global Business Services (GBS) collaborated with CVS to develop and deliver a customer care solution using IBM Watson Assistant on IBM Public Cloud in just four weeks. Lynch went on to describe how CVS Health has been able to respond to a range of questions quickly and accurately on COVID-19, from tests to vaccines, symptoms, proof of vaccination, cost, and more, freeing up human agents to handle the most complex requests.

Another recent strategic refocus area for IBM has been its Go-To-Market structure. This area received further focus during Think 2021, with IBM announcing a $1 billion investment to support its partner ecosystem. The money will be spent on new competencies, skills training, and benefits to ensure its partners succeed in positioning IBM’s products and services. I find this to be equally, if not more, important to any successful partner program.

IBM has spent the past several years making significant investments in its quantum computing ambitions. The quantum race is still early, and there are several key competitors, including Google, Honeywell, and IonQ. At Think 2021, IBM provided an update on making quantum faster to adopt and more accessible for developers to use quantum software by introducing Qiskit Runtime. This software is containerized and cloud-hosted enabling rapid customer adoption. With improvements in both the software and processor, IBM is claiming gains in performance of ~120x. According to IBM, this kind of improvement is key to scaling quantum computation for new use cases. We often forget IBM has a long-standing history in hardware as a chip designer and server vendor. These Quantum announcements come just days after IBM unveiled the world’s first two-nanometer chip. IBM claims this 2nm breakthrough will eventually enable faster, more efficient computing from the data center to the edge.

As I see it, two big themes were pronounced from IBM’s Think 2021 event and CEO Arvind Krishna’s keynote. The first was imperative technologies, focusing on the company’s investments and offerings in AI and Hybrid Cloud. The second theme that caught my attention was that IBM is increasingly ecosystem driven and plans to leverage this ecosystem to be the flywheel that drives IBM’s core businesses forward. Of course, none of this came as a surprise to me as it comes straight after Red Hat Summit, where the focus was also heavily weighted toward the importance of ecosystem and partners.

Overall, I believe IBM effectively utilized Think 2021 to clearly articulate its Hybrid Cloud and AI strategy, along with the key strategic moves the company is making in ecosystem partnerships, M&A, and portfolio management under Arvind’s leadership.

IBM Returns To Revenue Growth During Its Fiscal Q1