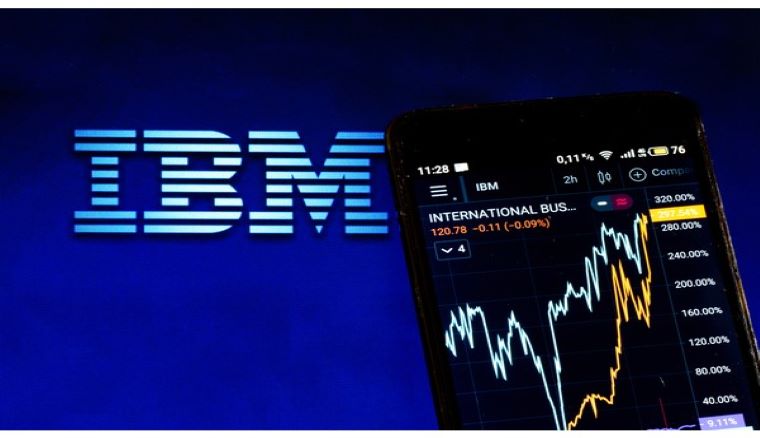 This article includes insights, analysis, and other contributions from Senior Analyst Steven Dickens.

The News: On Friday before a long July 4th weekend IBM announced a major reshuffle of the company’s executive leadership. The most significant announcement was that former Red Hat CEO and IBM President Jim Whitehurst would be leaving the 110-year-old company. Read IBM’s announcement here.

Analyst Take: The IBM leadership reshuffle announcement on Friday came as quite a shock, both to me and the IBM share price. Going into Friday the share price was bouncing around in the $145-146 per share range, and the share price dipped $5 within 90 minutes of the news. This market reaction clearly indicated the high regard in which Jim Whitehurst was held within the IBM ranks.

While the Whitehurst announcement received the bulk of the attention late last week, it’s important to note that this news came as part of a broader transformation that IBM CEO Arvind Krishna is leading to further rejuvenate the 110-year-old technology stalwart.

The headline news of the announcements is IBM President and former Red Hat CEO, Jim Whitehurst stepping down. This move came as a surprise to many as Jim had been seen as a likely candidate to take the reins from Krishna within a few years. My reasoning for believing that Whitehurst was likely on the radar in the near term was that Krishna, at 59-years of age, fell very close to IBM’s typical CEO transition age of ~60. With Whitehurst leaving IBM, the successor to Arvind is less clear and this may indicate that IBM will have Krishna extend his tenure as CEO for some time beyond the typical watershed for CEO’s based on the company’s historic approach to CEO transitions.

We believe Friday’s announcement needs to be viewed in the wider context of the growth focused transformation IBM is undertaking at various levels — making changes in Marketing, IT, and Sales. While some of these changes may not have fallen entirely under the plan, we expect for material changes to be a reflection of the significant shifts being implemented at IBM to enable the company to accelerate growth and be more competitive both immediately and in the coming decade(s).

IBM is not only shuffling the executive ranks, but also taking on a radical transformation of the marketing function with a new CMO, Carla Piñeyro Sublett, who began her tenure with IBM in February. From reviewing my LinkedIn feed this morning, and from conversations with senior leaders in the marketing organization, the marketing reshuffle and reorganization has finally been completed, with a new organization being announced last week.

Another area of the business that is undergoing radical transformation is the internal IT function. IBM announced back in March a new CIO in Kathryn Guarini. Guarini took over from Fletcher Previn, who was an IBM veteran of 15 years where he served as CIO for 4 years. Guarini is undertaking the backend systems’ split as IBM spins off the Global Technology Services (GTS) to become Kyndryl, a standalone IT services focused business later this year. The impact of the Kyndryl spinoff will see IBM shed 90,000 employees and see its workforce trimmed by 25%. The divestiture of this part of the business will also remove what has been a slow growth component of the business that has weighed on revenue and earnings growth in recent quarters.

This IT split is not without issues and the email system transition has made the news this past week, with many within the company having little or no access to email or calendar functionality for days running into the Q2 close out. IBM is also making a significant CRM migration, shifting from a SugarCRM based system to a Salesforce system internally called SalesCloud. We will be watching closely as IBM announces Q2 earnings in the next few weeks to see whether these email woes had an impact on Q2 sales execution as the company tries to show positive growth in revenues.

IBM has also undertaken a radical shift in the way it goes to market and operates its global sales function, announced by IBM veteran Bridget van Kralingen in early January of this year. This shift is clearly designed to fit the modern enterprise go-to-market strategies that enable size and scale. Execution here will be critical, with the company finding a way to maximize larger clients without pushing away smaller clients who perhaps desire greater attention levels from key technology and consulting partners.

The IBM of the future will be almost entirely focused on hybrid cloud, systems, and enterprise software, a radical shift from the holistic IT service provision the company adopts today. The focus of the Kyndryl news to date has been the establishing of the leadership structure for the company with a raft of former IBM executives taking on key leadership positions in the soon to be spun-off services company.

To reiterate my earlier analysis of the managed infrastructure services spinoff into Kyndryl, the rationale here is to streamline IBM to make it more flexible and agile. This should also enable IBM to undertake some financial engineering and move the debt burden from the $34 billion Red Hat acquisition and realize some shareholder value from the spinoff.

It appears clear that IBM is focused on getting back to revenue growth and wider market relevance. The transformation that Arvind Krishna is undertaking at IBM is as far reaching and foundational as that taken by Lou Gerstner in the late 1990s. The focus is on streamlining IBM, making it more agile, and returning the organization to its position as an IT leader who can be discussed in the same breath as the likes of AWS, Microsoft, and Google when it comes to public cloud.

Overall, I see the transformation that IBM is undertaking as mostly positive and much needed to position the organization for growth and focus. However, the loss of Jim Whitehurst is material and will require a continued dialogue with the markets to gain confidence in a new succession plan. For now, Arvind and his key executives will have the opportunity to provide confidence to the markets through seamless execution of the strategic changes mentioned above, while exposing new senior executives to customers and market makers to show the depth of the company bench and the strong prospects for the company going forward. A tall, but achievable task for IBM.