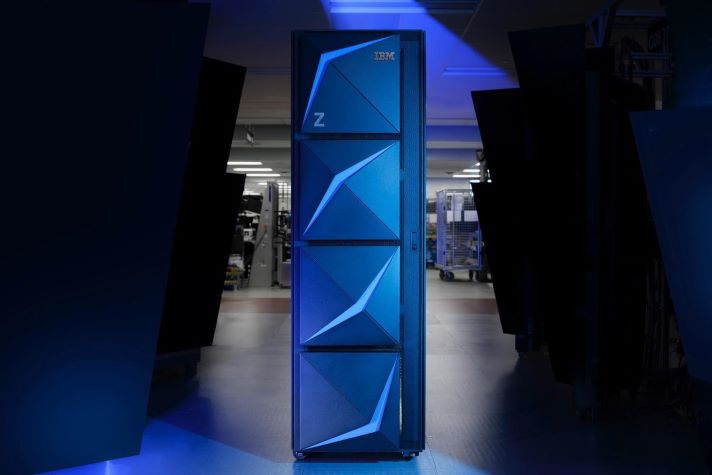 Today IBM has announced the launch of its new mainframe the IBM z15. This new model represents the 15th generation of this high-end server since the shift to CMOS processors in the mid 1990s. The press release describes how the z15 is an integral part of IBM strategy around hybrid multi-cloud, positioning the server as a foundational layer for mission critical workloads.

The announcement also focuses strongly on the security of the system and how the platform can extend the security of data with a newly announced technology called Data Privacy Passports. IBM further outlines the server’s core strengths as a data workhorse, touting the world’s fastest commercially available processor, and the ability for it process huge volumes of transactions. Another integral element of the announcement is the ability for the server to ship in an expandable format that conforms to the industry standard 19” rack size, a first for the high-end server.

Analyst Take: While the mainframe is seen by the cloud cognoscenti as a machine from yesteryear, IBM has rightly persevered with development of this system over the last 54-years because clients depend on it for online transaction processing. With 92 of the world’s largest banks relying on the systems capabilities for the ability to process huge transaction volumes without downtime the system still has a crucial role to play.

Positioning in the Market

IBM is trying to position this back-office platform as a first-tier cloud participant, and while some will see this as a stretch, the credentials to back up the claims are growing. IBM is using the technology in its IBM Cloud offerings with the recently announced Hyper Protect range of services (for details check here). IBM Cloud has offered a Blockchain based enterprise level service on the IBM Z based platform for the last few years as an alternative for clients who need enhanced security and stability of operation.

IBM is increasingly positioning the platform as more open than its proprietary reputation would suggest. The processor architecture is still IBM’s own, however in the last year IBM has opened up the z/OS operating system to open source collaboration through the Zowe project hosted by a Linux Foundation collaborative project named Open Mainframe Project. This opening up of the core IBM operating system goes alongside the continued focus on Linux running on the platform which marks its 20th year. IBM also announced today the LinuxONE III system, a Linux only system designed for mission critical Linux and open source workloads that require security, availability and ultimate performance.

While IBM has no direct competition with the z15 in the mainframe space since the likes of Amdahl exited the market decades ago, IBM still has to vigorously compete for workload placement decisions. Clients who are looking at where to place mission critical, security focused workloads should consider the z15 platform either for new workloads or existing workloads that need what the box has to offer.

This announcement is a strong demonstration of IBM’s continued position as a manufacturer of chip architectures, platforms and ultimately systems designed to address profitable, but niche markets segments largely ignored by other hardware vendors. Futurum Research was briefed in more detail prior to today’s announcement on the z15’s capabilities and to read our in-depth analysis click here.