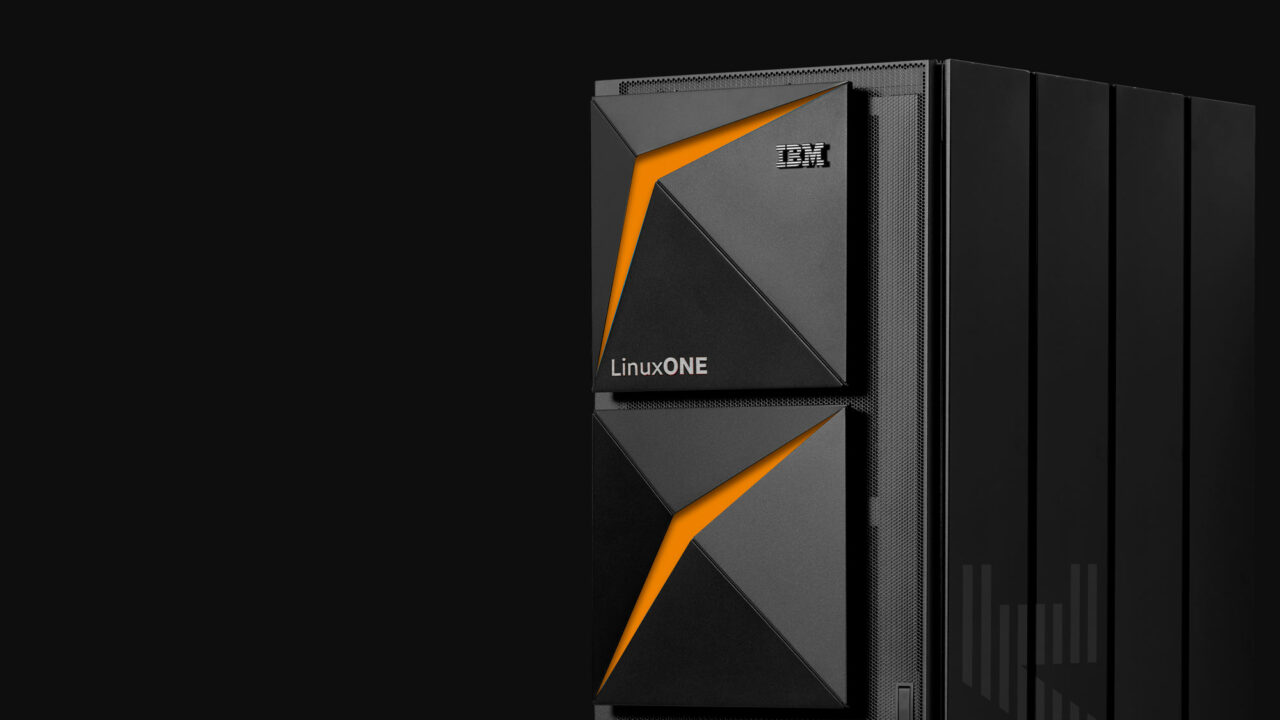 IBM today announced the LinuxONE III Express model from their LinuxONE server family. LinuxONE is interesting because it leverages the chip architecture typically found in the IBM Z servers or mainframes that power banks, insurance companies, and other industries normally running IBM’s in-house developed and long-standing z/OS operating system. However, the LinuxONE family is Linux only and runs Red Hat, SUSE and Ubuntu, and other community operating systems. IBM Z showed significant growth YoY in IBM’s most recent earnings, which is unusual this long into a famously cyclical product cycle.

Generally available on May 25, LinuxONE III Express will feature: (Per company press release)

IBM LinuxONE has been in market since 2015, so why is this announcement newsworthy? This new model represents a series of firsts for IBM and signals a change of intent. Firstly, IBM is building these LinuxONE III systems to stock rather than to order. The significance of this will not be lost on the company’s channel partners who had to configure the previous smaller systems and to navigate a plethora of options and configuration choices. The prior approach of build to order was not a burden for deals valued in the millions but was too cumbersome for sub 300k contracts. This notable departure for IBM shows supply chain flexibility and innovation to reduce the selling price to the end-user by flexing the control it has over the supply chain process for this in-house developed and manufactured system.

However, more interesting is that IBM is publishing the cost of these systems on their website for the first time. Mainframe technology and its pricing have long been mysterious, and I believe the company deserves plaudits for bringing transparency to its LinuxONE server line. While the web pricing of ‘starting at $135k’ is not by any means cheap for a Linux server, it does signal a significant change of intent for IBM as it enters the crucial $100-250K server price segment where IBM was previously absent. Market research has predicted the Linux server market at $100-250K, and it’s likely to grow at greater than 20% annually. This entry point could augment the current IBM lineup nicely, and by focusing on this fast-growing segment, IBM will undoubtedly be looking at this as an opportunity to gain share against the likes of Oracle and HPE.

Database and FinTech are the Clear Addressable Market

From a competitive standpoint, IBM is targeting this system firmly at Oracle’s engineered systems such as the Oracle Database Appliance and smaller Exadata systems. While the company was reluctant to mention Oracle or other competitors by name, the company was deliberate in pointing that this new offering is designed to offer an alternative to current in-market database appliances in their product positioning. I believe that IBM sees an opportunity to provide cost reductions versus the competition while expanding the TAM for the mainframe business by going down market. IBM will surely see competitive push back from Oracle as it positions its Cloud@Customer offerings. The expanded customer options should provide a customer benefit through innovation and competition–something I am always happy to see.

Another interesting target area for IBM with the Express model is Fintech, where the company plans to bring a significant portfolio of unique security approaches to bear. IBM has been having success of late in the Digital Asset custody and Cryptocurrency space where the end-users are more security conscious and less worried about the upfront costs of IBM high-end servers.

With a significant reduction in price to sub $150k per server, Futurum predicts IBM will have more success in this space given Fintech’s and Digital Asset Custodians and IBM’s distinct buying requirements unique value proposition.

The LinuxONE III Express makes sense in the context of the high-end Linux server market, where clients often focus more on performance, availability, and security than they do upfront acquisition costs. IBM will face headwinds competing head-to-head with Oracle but is certainly expanding its market share and providing its existing clients a credible down-market alternative. Futurum sees the greatest chance of success for LinuxONE III Express in the Confidential Computing and digital asset space where IBM has true differentiation with LinuxONE and can therefore command the premium pricing still associated with this high-end Linux-only server.