IBM Hits a Growth Snag, But The Place to Look is Forward 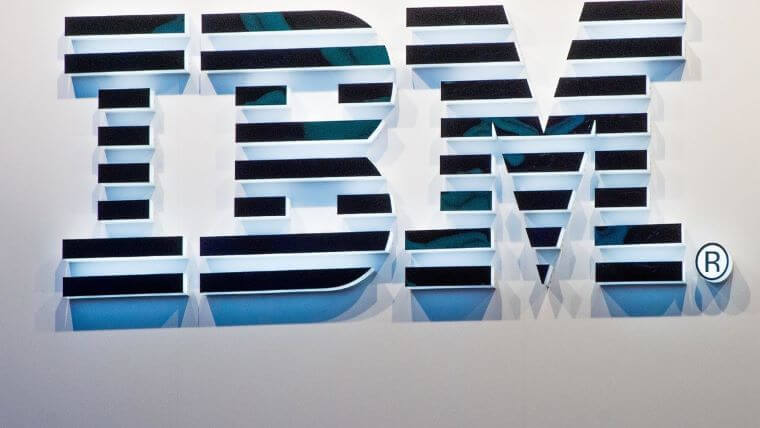 The News: Shares fell 5% in extended trading on Wednesday after the company issued third-quarter results, including lower revenue than analysts had expected.

IBM expects to spin out the managed infrastructure part of Global Technology Services, under the name Kyndryl, in early November. When excluding the Kyndryl portion of the business, revenue was up 2.5%. That’s approaching IBM CEO Arvind Krishna’s stated goal of mid-single-digit revenue growth in the medium term. Read the full news piece on CNBC.

Analyst Take: We are on the threshold of the ‘new IBM’ as this looks set to be the last earnings statement of the ‘old IBM’ and it was a tough quarter for the industry bellwether. My short-term assessment is that this result is a mixed bag for IBM that will require some nuanced analysis to fully understand.

A quick unit by unit rundown of the business indicated a solid performance in the company’s Cloud & Cognitive software business, which will be a (perhaps “The”) key segment going forward. However, with global services down 5%, and both Systems and GTS declining it made for a challenging overall situation that Cloud and Cognitive alone couldn’t overcome.

However, it’s important to note that the headline numbers don’t tell the full story. The results this quarter and the analysis of IBM going forward is complicated by the Kyndryl spin-off as IBM is jettisoning approximately 1/4 of its topline revenue and as a result also changing the structure of how it reports segment breakdowns to the street. The spin-off of Kyndryl has hit the point where I believe all parties are ready to move forward, and getting this over the line will be good for IBM and for Kyndryl as the distraction of such a significant divestiture will invite attention by even the most disciplined management.

The global services segment, which contains managed services, outsourcing and support, contributed $6.15 billion in revenue. That was down about 5% from a year earlier and below the $6.25 billion consensus among analysts polled by StreetAccount.

The Cloud & Cognitive Software business, including Red Hat, produced $5.69 billion in revenue, up 2.5% and less than the StreetAccount consensus of $5.77 billion.

Systems revenue, including hardware, was $1.11 billion, which was down almost 12% and below the $1.23 billion consensus.

Cloud Business Is Encouraging, And it has to Be

IBM has doubled down on positioning itself as a Cloud and AI company in all of its market facing messaging. But is the business and growth following. The answer is yes, but those tracking the growth of the IaaS leaders would likely look at this growth as slower than desirable.

This quarter, Cloud grew 12% without divestitures with strong performance in Cloud & Cognitive Services (C&CS) and GBS — and grew 17% without divestitures and Kyndryl. These are good growth numbers in IBM terms and compare well against the likes of HPE, Dell Technologies, Cisco etc. but fell well short of the growth posted by hyperscalers such as AWS and Microsoft. This level of growth does indicate brighter results ahead post Kyndryl spin-off, which is something those tracking IBM closely should be looking for.

I’ve long felt Hybrid Cloud, rather than just “Cloud” is where IBM has the chance to shine and this was a bright spot in this quarter’s results. IBM’s Hybrid cloud platform now has over 3,500 customers on OpenShift (+300 customers from 2Q21) and continued strong renewal rates and cross-sell activities across IBM’s software, services, and systems. The OpenShift growth is a key metric as the Kubernetes platform is a key underpinning for some many of IBM’s offerings and services. I will be looking to track this client adoption and hybrid cloud growth statistic in the quarters ahead and comparing it to the numbers of VMware and SUSE are posting.

Another highlight was that total cloud revenue over the last 12 months was $27.8bn, up 14% y/y, with Cloud & Cognitive Software cloud revenue up +31%, and GBS cloud revenue up +30% y/y. Now IBM has some of the same issues as other cloud providers around lack of transparency of what exactly gets included in ‘cloud’ within these numbers, but they are not alone here. I am sure all analysts would love to see increased transparency around IaaS performance within the public cloud, but for IBM, I think the big C of cloud is really more how it builds on the hybrid story and grows the overall top line by continuing to add clients and capabilities in its hybrid/multi cloud portfolio.

Upon the final divestiture of IBM GTS (Kyndryl), the mix of the cloud and cognitive business will evolve, and we will see the Red Hat number play an even bigger part allied the growth engines of Software, and Services where IBM is making targeted acquisitions to bolster key capabilities, such as the one announced today in the Adobe space.

Jim Kavanugh, IBM CFO, rightfully faced some tough questions from the equity analysts today. During the earnings remarks, the company made mention that during the quarter it had somewhat of a ‘pause’ that many soon to be Kyndryl customers are making as the spin-off closes out. This isn’t surprising as both the future Kyndryl sales teams and customers may be looking for a fresh start when the separation is complete. However, it certainly had an impact on revenue.

What was also clear in this quarter’s results is the importance of the mainframe business to IBM Systems and the overall business results. With the z15 now hitting its 9th quarter since launch, the YoY revenue drop-off was stark and with the mainframe business being such a cyclical cash engine for IBM and a huge part of Systems this is reflected in the headline numbers. The mainframe business is well understood as cyclical and IBM has also announced the new telum processor that will power the zNext machine.

Missing revenue is almost always going to be met with criticism in the modern Wall Street Era. However, I’m more bullish on IBM’s longer tail prospects based upon the big moves it is making.

This quarter represents a seminal closing of a chapter in the history of IBM, and presents a seismic shift in what IBM will be going forward. IBM has spun off numerous businesses in the last decade such as Retail Store Systems, PC’s, Printers, x86 Servers, Lotus Notes all of which streamlined IBM, but didn’t reposition the company. The spin of Kyndryl is a huge moment for the 110 year old tech company. The fact that this spin off is happening late in the cycle for mainframe and Power computing platforms, and before Quantum materially delivers revenue brings the numbers reported today into starker focus. Moreover, the Red Hat era will officially begin as hybrid cloud, as far as I’m concerned, is the path forward for IBM.

As I mentioned above, the ‘Kyndryl pause’ in buying behaviors by some of IBM’s largest clients is not surprising, and I agree with Krishna’s sentiment when he was quizzed on this topic that it will be in the rearview mirror as the company gets into 2022.

I remain largely positive on IBM, despite today’s numbers. The company has made a big bet on a high growth software business in Red Hat which is paying off with continued double digit growth, and with more attention the growth will be even. I feel IBM has been creative in its financial engineering and has also handled the Kyndryl spin off well while delivering a sound level of transparency throughout the process. I expect 2022, despite some macroeconomic headwinds with chip shortages, inflation, and rising wages to still be a better year for IBM. However, we need to get a few quarters out as the Q4 numbers may prove to be another tough step on the path to the promised land. I will be watching for growth and strong indications that the huge pivot the company is undertaking is paying off as the company reports in early 2022.