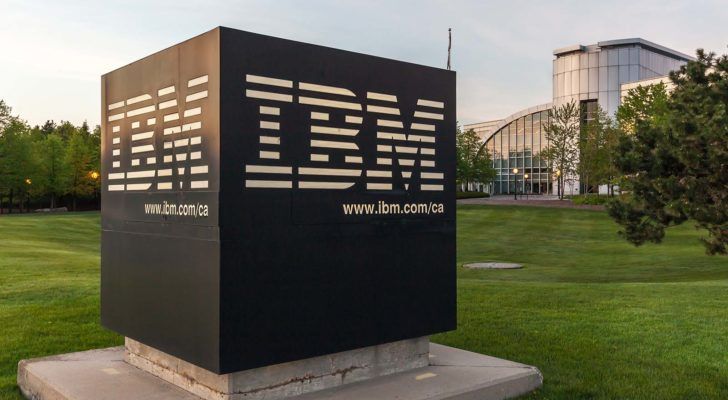 The News: IBM stock rose nearly 5% on Tuesday after the company reported fourth-quarter results that beat analysts’ estimates and forecast earnings growth in 2020.

Revenue grew slightly on an annualized basis, IBM said in a statement, after it had fallen five quarters in a row, after the conclusion of an upgrade cycle for its z14 mainframe computer. The company has been shipping a new model, the z15, for more than one quarter now.

In terms of guidance, IBM said that for 2020 it expects $13.35 in earnings per share, excluding certain items. That’s above the $13.29 consensus from analysts surveyed by Refinitiv, and it implies a 4% increase from the prior year. Read the full news piece on CNBC.

Analyst Take: After another series of revenue declines it was well received by the markets that the company was able to not only beat on earnings, which it has been doing, but also showing revenue growth. It’s also worth noting that the company beat its estimates for the full 12 months–all of this should make investors feel positive about the direction of the company. Let’s look at some of the specific areas driving the business results as well as a few areas that need to be shored up heading into the new fiscal year.

The cognitive and cloud businesses entail a number of pieces, but according to IBM’s breakout in their reporting, this business unit had some strong areas of performance this quarter with the two that caught my attention being growth of cloud at 21% and RedHat at 24%.

More notable were the number of large Red Hat deals (21 over $10 Million) that enabled this growth and the important notation of IBM being limited in revenue realized due to the accounting requirements of the original purchase. This is somewhat complex, but in short, as the company is paying down the debt it took on to finish the acquisition, it has certain reporting limitations. Over time, the reporting should become less convoluted and the company should be able to recognize all of the revenue contributions from Red Hat.

Bottom line here is that Red Hat has been a halo around IBM’s head that some thought could become a noose around its neck due to the large purchase price. However, at this point, the purchase is looking better and better as growth persists. No question the acquisition made IBM more competitive in the era of cloud native applications.

IBM’s services businesses are split into two. Global Business Services and Global Technology Services. The two businesses as a whole were fairly flat in terms of the overall revenue and will look for a bit of a facelift in the next fiscal year.

GBS did grow about 2% for the year while GTS fell by 4%. In an economy where services are a significant driver of profit, I will look for IBM to push hard to return to growth in these areas. Having said that, the services businesses did generate a combined revenue of over $10 Billion over the quarter, so these important groups are driving turnover. I believe enterprises continued focus on digital transformation enabled by hybrid cloud and app modernization should provide a wealth of opportunity for the IBM Service businesses; it will be important for IBM to capitalize on these opportunities in the short term to drive growth in services.

The IBM Mainframe business was the undisputed champion of the 4th Quarter for IBM. The street knew the new Z15 mainframe was going to be the make or break revenue target for the systems group and the pressure was on that team to perform. The 68% QoQ growth of the Mainframe business was core to the 16% growth seen by the group. The ~$200 Million revenue beat by systems offset the shortfall of GTS and added to the numbers that wound up leading to EPS beating estimates by $.06 a share.

The overall business results were solid, and areas like cloud, Red Hat, Cognitive and Quantum all point to a bright future, but the company still has to show significant growth in many core areas like Global Technology Services if the QoQ and YoY revenue growth will persist.

In many ways, the quarter, and to some extent the year were bailed out by an incredible performance by IBM Systems, and specifically the work of the IBM Mainframe business. Its 68% growth for the quarter propelled systems to 16% growth which ultimately made up for the short falls of GBS and GTS. Cognitive and cloud backed by Red Hat’s solid performance took it the rest of the way.

With FY ’20 starting, I believe the Cloud and Cognitive businesses are going to be the ones to watch closely as the market continues to look at the $34 Billion spent on Red Hat. If these businesses start to gain momentum, I am confident the Systems business will remain dependable barring a few tough quarters due to cycles.