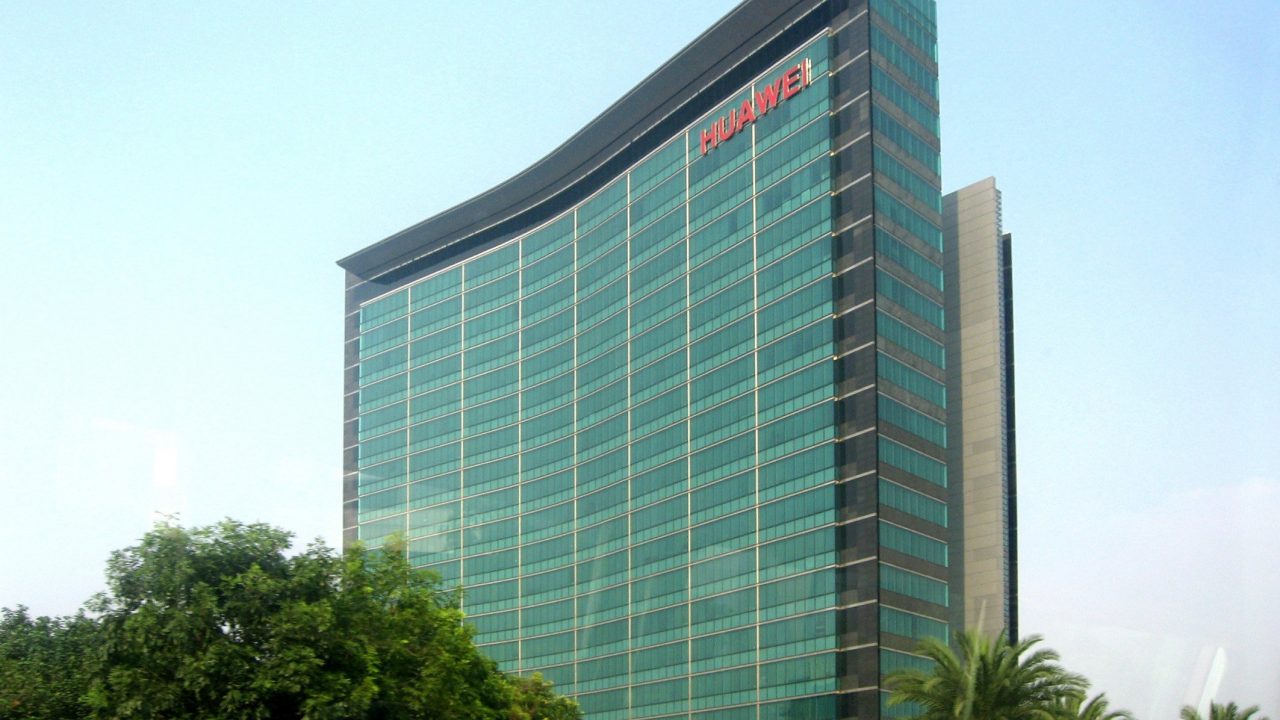 The News: Huawei Technologies has officially unleashed its artificial intelligence (AI) chip Ascend 910, which it says has a maximum power consumption of just 310W–lower than its originally planned specs of 350W. The chip is touted to have “more computing power than any other AI processor”, delivering 256 teraflops at half-precision floating point (FP16)  and 512 teraflops for integer precision calculations.

The Chinese tech giant also announced the commercial availability of its MindSpore AI computing framework, which it said was designed to ease the development of AI applications and improve the efficiencies of such tools. Read the full story on ZDNet.

Analyst Take: The news of the Huawei Ascend 910 chip, a powerful AI processor, is a clear sign that Huawei is moving forward with its plans to cut any dependency on the U.S. We saw a similar aggressive course of action from the company just a few weeks ago when it announced Harmony OS, and the intent to make it avaialble to replace Google’s Android in the company’s smart phones. This would reduce its dependence on U.S. based companies and at the very least could give Huawei smart phones a boost in China.

For the Ascend 910 chip, it is clear that it will be a powerful component to the company’s ambitions in areas like Edge, IoT and Cloud. Inherently, per Huawei, the chip will be well positioned for onboard vehicle compute, autonomous driving and edge workloads.

The Huawei Ascend 910 was only part of what the company announced this week. It also announced Mindspore, an AI framework that the company is touting to more efficiently (code wise) leverage Tensor Flow (Google’s open source AI framework) that current practices by about 20%. Huawei also claimed the chip to be 50% more efficient and having the ability to run AI training models on its Ascend chip using Mindspore at 2x as fast as mainstream cards (although it didn’t specify the cards it was comparing it to). This all sounds promising and fits the bill to the company’s commitment made in 2018 to rolling out its own AI, Development Kit and Cloud solution; all will give the company greater independence from U.S. tech companies.

According to Huawei, the following represents the company’s current and future ambitions in AI. It’s clear their ambition is in training, data center and edge. What is less clear is where the company is at with Inference. I would imagine that could come in their next generation data center processor, but their hasn’t been any mention of it thus far. 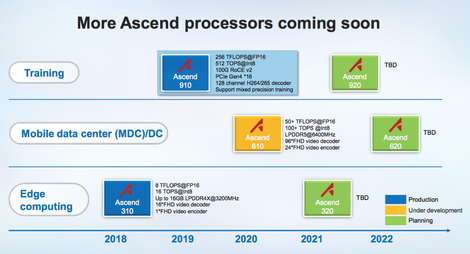 What Does It All Mean?

I believe Huawei is continuing to make the right moves given the circumstances. As I’ve suggested in the past, the best thing that could happen would be some stability and a long term trade agreement between the U.S. and China. However, it seems that as long as Trump is in office, this particular relationship will remain tepid with ebbs and flows sending the market and the tech industry on a volatile ride.

For Huawei, the company has no choice but to build its own solutions. This is what the ongoing dispute has led Huawei to realize; it’s best if it builds everything, in order to gain independence from future trade issues. Having said that, this wont necessarily help Huawei to immediately compete and win in every category. Much like Harmony OS, an ecosystem is often required. An AI chip alone will solve part of the equation, but building the tools and ecosystem of software and data science tools to realize the chips capabilities will also be necessary. For now the company is touting Google’s Tensor Flow, but one can only wonder if a ban wouldn’t also include the use of the open source tool built by Google? I guess, this will depend on the terms of the ban and how open source is defined, but having to build an equivalent solution could prove a challenge for Huawei.

With all of that in mind, Huawei can certainly get there, but it won’t happen overnight.