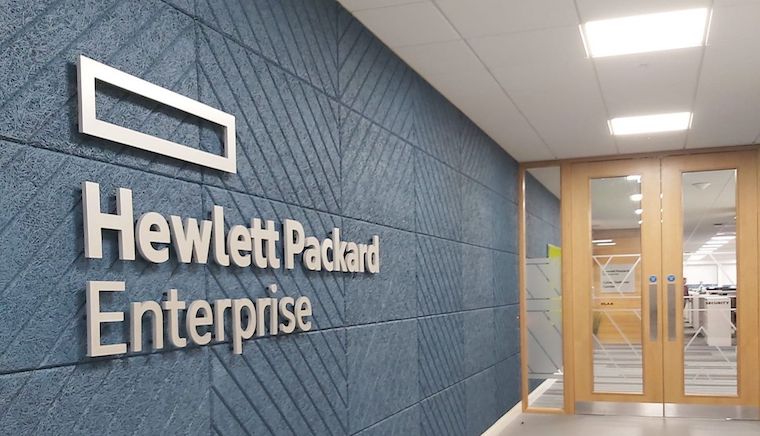 Read the full earnings release on the HPE website.

Analyst Take: Despite facing headwinds encountered from supply chain issues related to China, coupled with mounting pressures from the Russia and Ukraine conflict, HPE’s fiscal second-quarter revenues remained in positive territory despite disappointing results against the street. I look at the situation at HPE as twofold. HPE is in a continued transition to as a service and that part of the business is performing incredibly well, posting triple digit growth this quarter. However, some of the company’s legacy prem-based hardware and solutions have seen slower growth as revenue pivots to its subscription-based GreenLake portfolio.

Hewlett-Packard Enterprise continues to benefit from myriad areas. It appears HPE’s GreenLake strategy is resonating with organizations and channel partners that want to shift to as-a-service models (e.g., network-as-a-service, etc.), which are likewise resonating with a variety of enterprise customers and certain SMBs driven by pivot to hybrid cloud and consumption-based services.

HPE also announced that it expanded its partner ecosystem, increasing its number of partners that are actively selling the product this quarter by more than fifty percent versus the same period last year. With the GreenLake product portfolio expanding and competition also growing in the hybrid cloud space, HPE’s leaning on its channels makes a lot of sense to scale adoption. And of course, incenting the channels will be important as others look to partners for growth.

Another area bearing fruit for HPE is in the high-performance compute segment, where its prior investments in Cray and Silicon Labs continue to help it differentiate itself, creating more stickiness with key vertical markets such as higher-education, federal, financial services, etc., that need to harness the power of artificial intelligence to solve more complex problems. In the future, it may make sense that HPE could become more acquisitive on the analytics front, catering to key market vertical markets in the future. 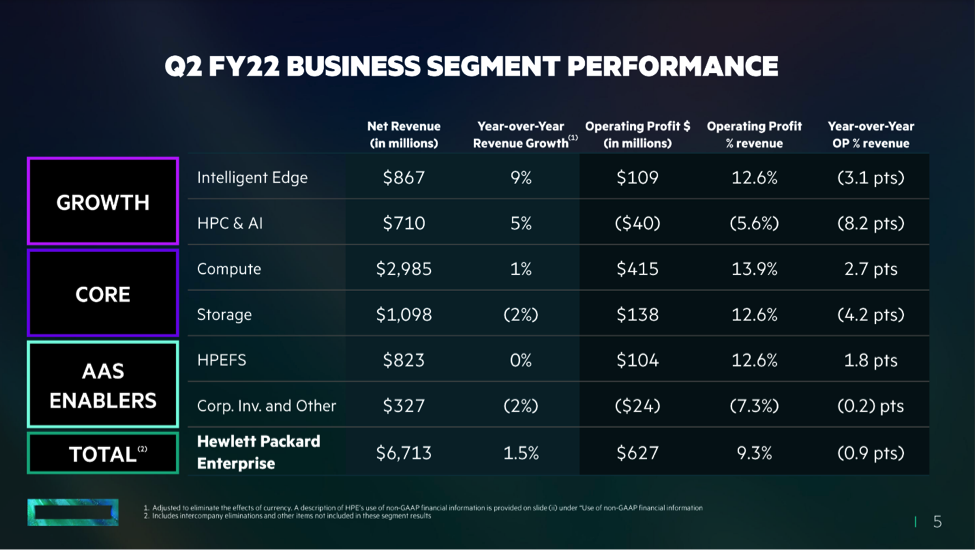 Wrapping it up, HPE’s fiscal Q2 2022 earnings continued to remain in positive territory despite regional and inflationary pressures coupled with supply chain issues. HPE remains focused on its as-a-service strategy coupled with differentiating itself in myriad areas.

As we have mentioned over the past several quarters, HPE is in transition and the focus area is delivering results that are visible in the as-a-service growth and the margin expansion that HPE has been able to achieve. We do see the process of transformation as a continued effort and not an overnight phenomenon. Having said that, HPE and GreenLake have performed quite well, gaining plaudits for their early commitment and innovation to meeting IT where it is heading. That doesn’t remove the reasonable challenges and headwinds ahead of the company, but it does make for an encouraging direction that investors, employees, and customers can glom onto.