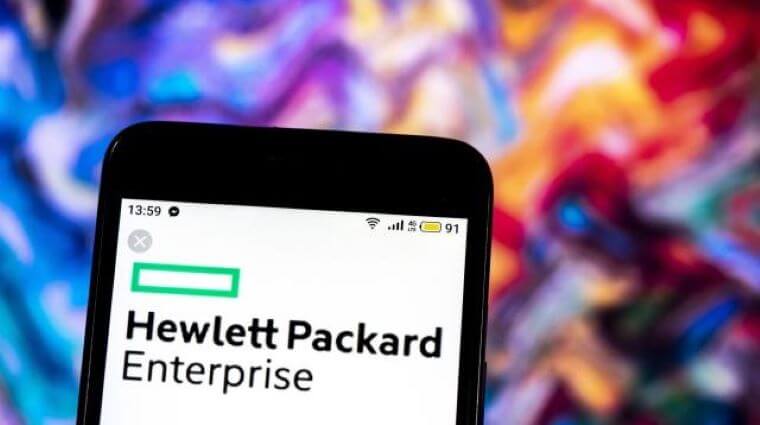 Analyst Take: The third quarter of HPE’s FY21 campaign marked a solid result for HPE, delivering on both the top and bottom line and overall growth came in modestly at 1%, aligning with sequential seasonality. It’s worth mentioning when looking at these results that HPE has a year end at the end of October for reasons that date back to the original founders who moved the year end to accommodate staff vacations over the holiday season. As such Q3, tends to be a tougher quarter for the organization, which makes these earnings results more impressive.

Here’s a quick rundown of a few details from the earnings release:

With a nod to a continued focus on long-term shareholder value creation, HPE reinstituted its share repurchase program, targeting share repurchases of up to $250 million in Q4 FY21.

Following a similar growth quarter for Dell Technologies in its Infrastructure Solutions Group business (up 3%), I was interested to see what numbers HPE would post as the two businesses are the most comparable when it comes to server and storage portfolios. HPE did not disappoint, especially in GreenLake, the company’s fast growing everything-as-a-service offering.

HPE is driving a multi-year transformation from being a traditional OEM hardware vendor where revenues were spiky and derived from its customers spending CapEx to acquire its offerings to an ARR driven model. HPE was early to the game on this front, committing to transition all of its offerings to as a service by 2023 under CEO Antonio Neri’s leadership, which is proving to pay off. While growth in absolute terms has been slower than some would have liked, that pivot was a prescient move on the part of HPE leadership, and I’ve been monitoring the ARR growth over the past few quarters seeking to see the meet or exceed Neri’s 30-40% YoY growth target.

This ARR momentum is likely to continue into the foreseeable future and will help both the stock price valuation, but also position the company to compete with hyperscale providers who are looking to increasingly come on-premises with satellite style solutions. The “XaaS” approach is the most important number to watch and should be where most outsiders weigh their opinion on the company’s mid and long-term progress. The growth and product development seems to be on point so far, and continuing this momentum is paramount to drive top line growth and build strength in the company’s market perception. 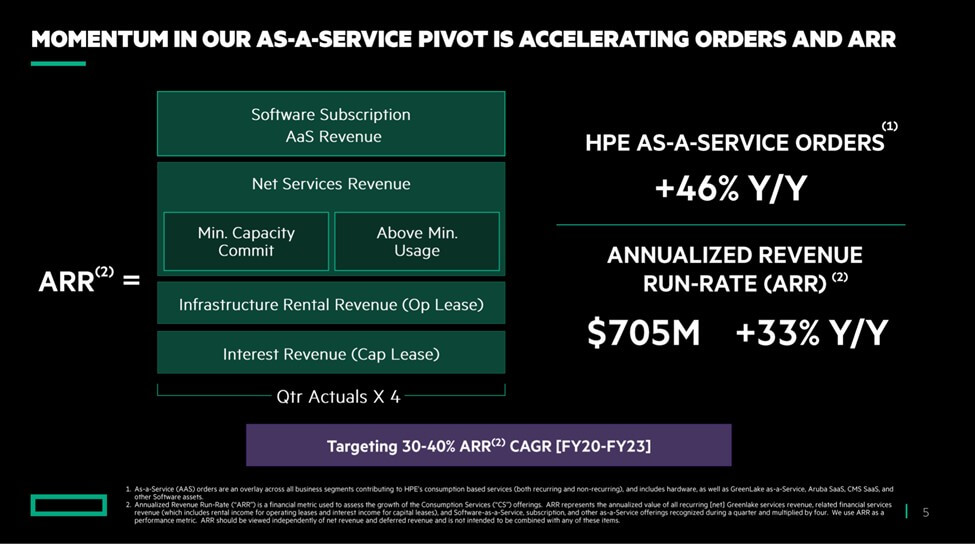 With this, one important KPI that I track every earnings period is the company’s Annualized Revenue run-rate (ARR). For HPE, that number reached $705 million, up from $678 million the previous quarter. On an annualized basis, that ARR growth equates to 33% growth YoY.
The continued growth in absolute performance and percentage growth is an area that I continue to watch. HPE issued guidance that they are targeting 30-40% ARR CAGR FY 20-23 which is, I believe, an important target for the company to hit.

For a quick look at HPE’s segment revenue breakdown, here’s a chart from the earnings report: 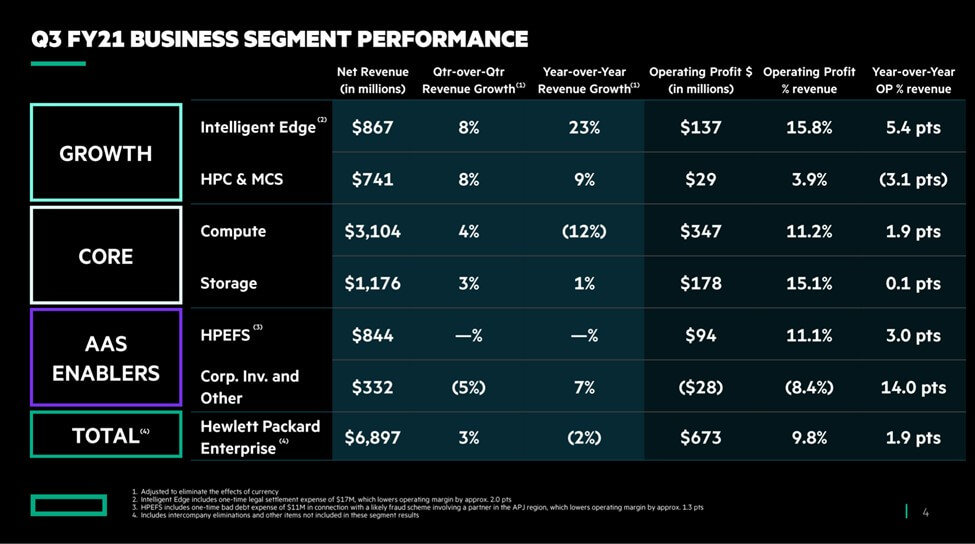 Q2 revenue for HPE was a return to strong growth in several key areas with only financial services showing YoY revenue declines. This quarter, only HPC and MCS saw a decline, with the numbers being down 3.1 YoY. While a reduction is of course never desired, it’s worth noting the HPC space is notoriously lumpy revenue wise, and the NSA contract award shows that the company’s pivot to an as-a-Service model will smooth over this type of revenue miss in future quarters.

I’ll be watching the overall storage trends here, given Dell Technologies’ results to see whether the performance for both organizations is the beginning of a trend of a shift of storage to the public cloud.

This is a solid set of results for HPE in a notoriously tough period for the company given its off cycle financial year. When you combine the reporting period challenges and the macros climate around chip shortages and the resulting supply chain impacts, this is a strong set of numbers. I was encouraged to see the growth spread across all business units for the quarter.

I continue to be bullish on the prospects for HPE in out quarters as the company starts to reap the rewards of its early pivot to providing everything-as-a-service with its GreenLake offerings. The company also announced a big $2 billion win for its HPC business with the NSA just before earnings—a tribute to the company’s strength in that area that has gained even more momentum since the Cray acquisition.

HPE is a stalwart of the infrastructure business and to compare the company’s single digit growth numbers to stock market darlings such as Snowflake, PURE Storage, and other hyper growth unicorns doesn’t give HPE the credit it deserves. As much as the law of large numbers applies here, so does the law of small numbers for these single product companies. HPE has a broad portfolio of offerings literally spanning the edge-to-cloud and everything in between and is therefore exposed to slower growing segments of the market. The fact that HPE delivered growth for the quarter across the board is a solid result, even if low single digit growth doesn’t turn heads. However, when you couple this quarter’s growth with where the company is on a multi-year journey to pivot its business to ARR to compete with hyperscale cloud providers, the numbers get even more context, and begin to look more encouraging.

I continue to stress that the diversity of HPE’s business is one of its strengths and Antonio Neri is continuing to make bold steps to transform the long-standing DNA of the company and pivot both to ARR, and also to higher margin solutions. This type of transition and re-tooling of a company top to bottom doesn’t happen on a quarterly earning cycle but happens over a period of three to five years. I believe HPE’s commitment to its strategic vision and portfolio development around all things edge-to-cloud, and the focus on GreenLake bode well for the future. Ideally, a faster top line growth rate will follow to further support the strong story that is taking place beneath the surface.